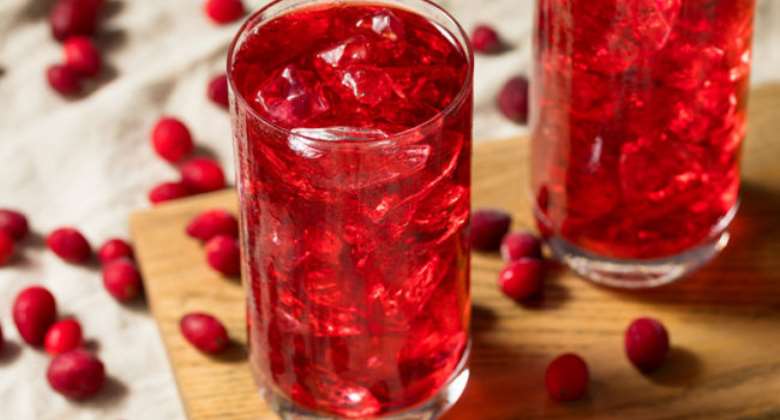 Fresh cranberries are nearly 90% water, but the rest is mostly carbs and fiber.

A double-blind, randomized, controlled trial conducted by Heiss et al.(2022) published in Food & Function investigated the vascular effects of freeze-dried whole cranberry consumption in healthy men. The trial involved 45 healthy male adults who were randomly allocated to one month daily consumption of either cranberry (nine grams of cranberry powder in water, providing 525 milligrams total polyphenols) or a control, providing powder with zero polyphenols. Tests on flow-mediated dilation, heart rate, blood pressure, blood lipids and blood glucose were measured at baseline on day one and after one month of consumption.

Researchers found that cranberry consumption significantly increased flow-mediated dilation, or the widening of arteries when blood flow increases. They also noted an increase in plasma and urine polyphenol metabolites.

Although there were no significant changes reported for heart rate and blood pressure, the trial concluded that acute and daily consumption of whole cranberry powder for one month can improve vascular function in healthy men and improve specific metabolite profiles in plasma.

Cranberries are one of the top antioxidant foods, and they contain an impressive collection of phytonutrients, including quercetin and anthocyanins. They are also a good source of vitamin C, manganese and other micronutrients.

In addition to their positive effects on vascular health, other cranberry benefits include:

Another study in 295 children found that daily consumption of cranberry juice for 3 weeks suppressed the growth of H. pylori in about 17% of those infected( Gotteland et al. 2008)

Notwithstanding, Sánchez-Patán et al. (2012) is of the view that not all cranberry products are effective against UTIs. In fact, proanthocyanidins may be lost during processing, making them invisible in many products . On the other hand, cranberry supplements which contain enough amounts of A-type proanthocyanidins may be a useful preventive strategy. Take note that cranberries are not effective for treating infections. They only reduce your risk of getting them in the first place according to studies.