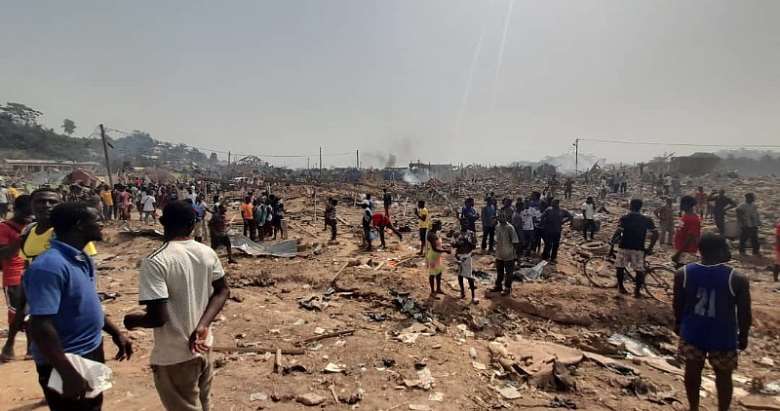 The National Disaster Management Organisation (NADMO) says the search for survivors of the Appiatse explosion will continue for the next couple of days.

This follows concerns by some residents that there are other residents who have not been seen since the disaster struck on Thursday, January 20.

So far, 14 lives have been confirmed lost while about 96 persons were injured.

Four are said to be in critical condition.

About 900 displaced residents are accommodated in schools and churches in near-by communities.

But some of the residents suspect more persons may be missing and could have died as a result of the deadly explosion.

“We will keep working. The excavators and the rescue team are there. We are still searching [since] we are picking intelligence of people who are supposed to live in the community and we have not seen them now.”

Government has promised to rebuild homes for the displaced residents while completely settling the hospital bills of all those on admission in various hospitals.

“For the houses that have been destroyed, we are already beginning to think about how to rehabilitate and rebuild for the community,” Vice President Dr Mahamudu Bawumia had said on Friday, January 21 when he led a strong government delegation to assess the level of damage in the town.

“The president has given us the directive, I have spoken to the State Housing Corporation inclusion with the Mining companies here we will quickly try to put in place the facilities that will help those who have been displaced.”

Already, the State Housing Corporation has begun enumeration of houses for reconstruction.