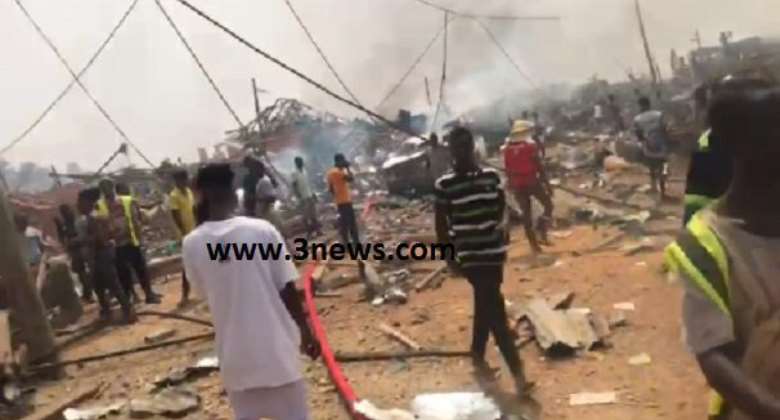 The Center for Social Impact Studies (CeSIS) has sent its condolences to families of the deceased in the deadly explosion that occurred at Appiatse, near Bogoso in the Prestea Huni-Valley Municipality of the Western Region last Thursday.

“We commiserate with families of the deceased and wish the injured a speedy recovery,” it said in a press release on Sunday, January 23.

“While investigations are still on-going to unravel the circumstances that led to this tragic incidence, it is becoming obvious that there were some regulatory failures and negligence on the part of the regulatory agencies,” it noted in the release signed by Executive Director Robert Ali Tanti.

It recalled the Interior Minister’s concerns over the poor safety record of Maxam Explosive Company Limited after a tour of the company in 2017 and subsequent issuance of an 8-week ultimatum to management to fix the issues or lose its permit to manufacture explosives.

“The public was not given any feedback after the expiration of the 8-week ultimatum.

“We have every cause to believe that if the Inspectorate Division of the Minerals Commission had been up to their task this unfortunate incidence would have been averted.”

Already, the license of Maxam has been suspended and the Chief Inspector of Mines has been interdicted.

CeSIS wants other groups and individuals to be held liable as well.

“We also believe that mining companies that patronise the services of these service companies do have a responsibility to ensure that these companies adhere strictly to the relevant regulations, in this case, the Minerals and Mining (Explosives) Regulations, 2012, LI 2177. To this end we cannot totally absolve Chirano Gold Mines of any blame.

“As a research and advocacy organization in the extractive sector, CeSIS adds its voice to calls for a full-scale independent investigation into the incident with severe punitive sanctions against individuals and institutions found culpable.

“While the investigations are on-going, we urge government to work together with the mining companies in the enclave to provide immediate relief to the people, and efforts made to rebuild the community.

“We call on state regulatory bodies in the extractive sector to be more proactive in dispensing their duties without fear or favour to forestall a future occurrence of this unfortunate incidence with its attendant casualties.”