Why You Should Join To Celebrate Christmas, Especially, As A True Disciple Of Christ 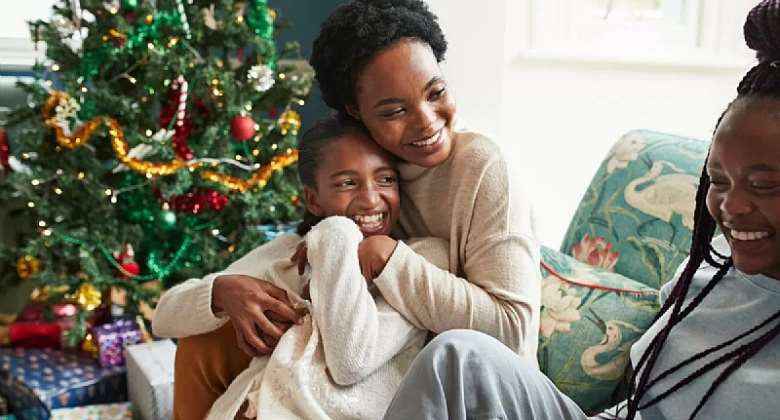 Christmas is not a celebration for disciples of Christ, it is a worldly festivity. But this is the reason why every true disciple of Christ celebrates it and rejoices with the world during the Christmas season.

Christmas is a pagan or worldly festivity, but if you are a true disciples of Christ, you shall rejoice by it and joyfully celebrate it because it exalts Christ our Lord. Imagine how glad Muslims or Buddhists would be if the birthday of Mohammed or Buddha is celebrated in the whole world in such grand style, that during the season all businesses come to a halt and everybody is gladly celebrating because Mohammed or Buddha was born?

Guess who wished me “ Merry Christmas! It was a Muslim friend of mine. He was among the first person to wish me merry Christmas. By joining many such unbelievers to recognize the birth for Christ, if even it is false, is a great witness and something which any true disciple of Christ would not distaste it.

Christmas And Easter Are Not Christian Ordinances

It’s true that both Christmas and Easter are not christian ordinances. Some people claim that Christmas is a celebration of the birthday of a pagan god called Nimrod. However, no one mentions Nimrod’s name in connection with this occasion. Christmas and Easter are two great seasons when Jesus was the center of the occasion. They are great moments God uses to remind and warn the world and Christians alike to remember the gospel of His love. If everyday is a Christmas and an Easter, we should be glad and thank God for the message.

By Christmas and Easter, no human being born on earth, a Christian, or any religious folk or atheist, can deny that Christ was born and died on earth. One anti-Christmas believer argues that birthdays are pagan rituals under pagan gods and not of Christian origin. They argue further that Christ never celebrated his birthday or any birthday at all.

And so they say that we cannot just conjure up a date and tell the world that it’s Christ’s birthday, when it’s actually Nimrod’s birthday that coincides with the winter solstice of the druids and pagans. “Christ never celebrated his birthday or any birthday at all, so why bring him into your pagan rituals and under your pagan gods?”, they angrily protest.

They say that it was at the request of pagan ruler Herod Antipas step daughter Salome, and at that birthday party of Herod John the Baptist was beheaded. So why should Christians celebrate birthdays? These are disciples of John the Baptist who are defending their master John, these are not disciples of Christ.

They say that birthday celebrations are paganism, and of pagan origin and not Christian! They vehemently argue that we can celebrate our birthdays as we want, but we should leave Christ out.

Christmas Is More Than A Birthday of Christ
Well, we do not celebrate Christmas as a birthday for Christ, neither Easter as celebration of His Death, we celebrate the occasions to remind the world that He was born on earth for our sakes and died for our sakes. If there are no Christmas and Easter, there is no doubt that many people, including even many Christians, would not even know or believe that Christ was ever born or die on earth.

So Buddhists, Muslims and Satan and his children can fume and say whatever they want, we greet the world on this season and wish them Merry Christmas and remind them that Jesus Christ was born in the flesh and He has brought the gospel of God’s salvation, a GoodNews of great joy to all people to cause peace to reign on earth among human beings by empowering us with the Holy Ghost to cast our the devils who are tormenting and earth in His name.

The angel of God who announce His birth to the shepherds in the night of His birth, said to them, “Fear not: for, behold, I bring you good tidings of great joy, which shall be to all people. For unto you is born this day in the city of David a Saviour, which is Christ the Lord. And this shall be a sign unto you; Ye shall find the babe wrapped in swaddling clothes, lying in a manger.

“And suddenly there was with the angel a multitude of the heavenly host praising God, and saying, Glory to God in the highest, and on earth peace, good will toward men.

“And it came to pass, as the angels were gone away from them into heaven, the shepherds said one to another, Let us now go even unto Bethlehem, and see this thing which is come to pass, which the Lord hath made known unto us. And they came with haste, and found Mary, and Joseph, and the babe lying in a manger.

“And when they had seen it, they made known abroad the saying which was told them concerning this child. And all they that heard it wondered at those things which were told them by the shepherds. But Mary kept all these things, and pondered them in her heart. And the shepherds returned, glorifying and praising God for all the things that they had heard and seen, as it was told unto them.” (Luke 2:10-20)

“…God anointed Jesus of Nazareth with the Holy Ghost and with power: who went about doing good, and healing all that were oppressed of the devil; for God was with him.” When people heard these words, the Holy Ghost fell on all them which heard the word.” (Acts 10:38, 44)

Jesus said that if we pray that the Kingdom of God should come to the earth, and the will of God on earth as it is in heaven, we should cast out the devils by “finger of God”, Who is the Holy Spirit, as He Himself did. He said, “When ye pray, say, Our Father which art in heaven, Hallowed be thy name. Thy kingdom come. Thy will be done, as in heaven, so in earth. But if I with the finger of God cast out devils, no doubt the kingdom of God is come upon you.

“When a strong man armed keepeth his palace, his goods are in peace: But when a stronger than he shall come upon him, and overcome him, he taketh from him all his armour wherein he trusted, and divideth his spoils. He that is not with me is against me: and he that gathereth not with me scattereth.” (Luke 11:2, 20-23)

“But if I cast out devils by the Spirit of God, then the kingdom of God is come unto you. Or else how can one enter into a strong man's house, and spoil his goods, except he first bind the strong man? and then he will spoil his house.” Matthew 12;28, 29)

The Holy Spirit was given to believers to us stronger that he who is the world, who is Satan, because Jesus was born in the flesh. “Hereby know ye the Spirit of God: Every spirit that confesseth that Jesus Christ is come in the flesh is of God: Ye are of God, little children, and have overcome them: because greater is he that is in you, than he that is in the world.” (1 John 4:2, 4)

Jesus said, “And these signs shall follow them that believe; In my name shall they cast out devils ….” (Mark 16:17)

This is the essence of Christmas and the reason why we joyful celebrate the birth of Christ on earth. Glory to God in the highest, and on earth peace, good will toward men.” Because we have the Spirit of God and name Jesus by which we can cast out devils and have peace.

Merry Christmas and a Blessed Season!

OSP not enough to win the fight against corruption — Micheal...
18 minutes ago