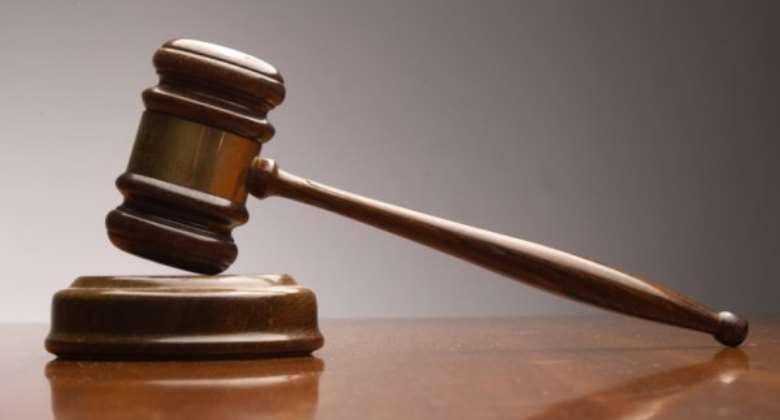 The Bekwai Circuit Court has sentenced a mason to 20 years imprisonment for attempting to have sex with another man in the anus.

Detective Sergeant of Police Isaac Ofori Mensah told the Court presided over by Mr Mark Tair-ima Diboro that the complainant was the assembly member for Fomena Electoral Area and a teacher by profession. The accused resided in Adansi Fomena.

He said for sometime, he had been hearing rumours that the convict engaged the victim at a public lavatory where he used to help a relative who is the attendant and tried to lure him to have carnal knowledge through the anus.

The victim refused Sarfo's proposal but he persisted, promising to give him money on acceptance but the victim reported the conduct of the convict to his elder brother, a witness in the case.

Prosecution said on October 17, 2021 at about 0800 hours, convict went to the victim again and demanded that the victim allowed him to unnaturally know him.

The Court heard that the convict removed his penis and asked the victim to perform oral sex on him. The victim became scared and walked out from the chamber of the lavatory where he was at the time.

Realising that victim would not give in, convict told the victim he was leaving and that would be back in the evening. The victim communicated the development to his elder brother who also broke the news to the complainant, Unit Committee members and some members of the neighborhood watch committee, he said.

He said the witness agreed to lay ambush and await if convict would come to execute his intention as communicated to the victim.

At about 2100 hours, Sarfo appeared at the lavatory and went to the chamber to meet the victim, where victim requested to shut the door of the chamber and forced it closed as planned, indicating that convict was about to unnaturally know him, prosecution said.

He said the witness who was close by, signalled other witnesses who came and arrested the convict who was half naked and handed him over to the police.

An amount of GHS10.00 which was given to the victim to lure him into the illegal sex was handed over to the Police for investigations.

After investigations Sarfo was charged with the offences.

The Court in sentencing remarked that homosexuality is illegal in Ghana and has received three cases of these acts therefore, this judgement would serve as a deterrent.

Covid-19: Pre-packed snacks should be served in planes to cu...
29 minutes ago