2022 Budget: This Christmas will be bitter, painful for Ghanaians due to draconian taxes – NDC 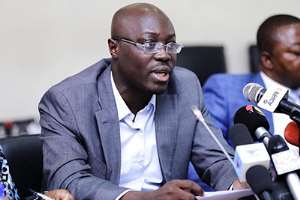 A Ranking Member on the Finance Committee of Parliament, Cassiel Ato Forson says he foresees Ghanaians going through a bitter period in the yuletide season due to the introduction of taxes in the 2022 budget.

He said this after the Minister of Finance, Ken Ofori-Atta on Wednesday, November 17, 2021 presented the 2022 budget statement and made mention of a number of taxation decisions taken by government for next year.

Notable among them was the announcement of an Electronic Transaction Levy that will not only see a tax charge of 1.75% on incoming remittances from abroad but transactions on Mobile Money in the country that exceeds GHS100.

Describing the MoMo tax as unacceptable in an engagement with the media after the budget presentation, Cassiel Ato Forson noted that it will deprive the ordinary Ghanaian the opportunity to enjoy the Christmas festivities.

“This Christmas will go down as the most bitter and painful for Ghanaians as they will struggle to put food on the table for the families due to the draconian fiscal and tax policies that have been introduced by the Akufo-Addo/Bawumia government,” Mr. Forson who is the MP for Ajumako-Enyan-Esiam Constituency told journalists.

In an assurance to Ghanaians, he said the Minority in Parliament will oppose the taxes in the budget statement and will do everything in their power to ensure it does not see the light of day.

“We wish to assure the people of Ghana that we will vigorously oppose the killer taxes and will ensure that any one of them that will adversely affect the lifestyle of Ghanaians will be rejected,” Mr. Forson stressed.

Adwoa Safo impersonation: Findings from our preliminary inve...
18 minutes ago

Acting Speaker Joewise throws out minority’s motion to overt...
33 minutes ago