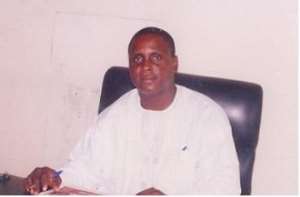 “So the Philistines captured him and gouged out his eyes. They took him to Gaza, where he was bound with bronze chains and made to grind grain in the prison. But before long his hair began to grow back… Then Samson prayed to the LORD, ‘Sovereign LORD, remember me again. O God, please strengthen me one more time so that I may pay back the Philistines for the loss of my eyes.” Judges 16:21, 22, 28

You will recover all that you lost! It is always amazing, exciting and awe-striking when we experience God turning around situations that men have naturally written-off. Or in better words, what men have concluded that it is over, that nothing can be done about it again. But the truth that I will like you to take in today is that, it can never be over until God says that it’s over. The conclusion of a matter lies only in the hand of the Almighty God. Mistakes, mishaps, misfortunes, mistreatment, misplacement, etc, can cause set-backs, but they are not the ultimate deciding factors in our destinies. God can always manoeuvre them to bring about His ultimate purpose in our life. So, that you find yourself presently in what looks like a hopeless or terminal situation, a total failure, should not make you to concluded that nothing can be done about it again. All hope is not yet lost. God has not concluded on you, even if men have. I see God springing great surprises in your life now; just to assert His sovereignty. We want to prove this from the story of Samson in the bible – Judges Chapters 13-16.

Samson was a child of promise. His conception was announced by a heavenly being, who clearly spelt out the mission of the coming child and the ordinances that he must keep to retain his anointing and relationship with God (who will use him to accomplish His divine purpose) – “Even though you have been unable to have children, you will soon become pregnant and give birth to a son. You must not drink wine or any other alcoholic drink or eat any forbidden food. You will become pregnant and give birth to a son and his hair must never be cut. For he will be dedicated to God as a Nazarite from birth. He will rescue Israel from the Philistines,” the heavenly visitor told Manoah’s wife. Samson’s sole divine assignment was to rescue Israel from the Philistines. By this time, the Israelites have been in Philistine bondage for 40 years (one full generation). I pray that every generational bondage in your life or family be broken today in Jesus’ name! Can you imagine, 40 whole years of slavery, agony, mockery and humiliation. How long have you been in the pain? Now, for Samson to be able to accomplish this great task, he must not shave his hair. He must also observe the vows of the Nazarites, and totally be dedicated to God. He must be separated and remain holy to God all the days of his life. As was said, when this Samson was born and grew up, God began to use him to fulfil that divine process to free Israel from bondage. What is you divine mission on earth?

Things were working well and Israelites were rejoicing that God had remembered them at last. But suddenly and unfortunately too, Samson began to manifest weak character and carelessness towards his relationship with God and his divine mission. He began to go after prostitutes, indulging in wining and dining with the enemies of Israel. He forgot that he was a Nazarite - dedicated to God, a set apart. By his actions, he started setting the stage for his own down fall. First, it was the philistine woman in Timnah. Secondly, the prostitute in Gaza and then Delilah in sorek. Samson was sleeping in the laps of Delilah. Delilah means ‘the consumer’. Then the valley of Sorek where she came from was celebrated for its vineyards. Samson left his divine mission and chose vineyards and prostitutes!

Today, how many Samsons are still sleeping on the laps of Delilahs? They have left the purpose of God for their lives. They have left the place of consecration and holiness, and are wasting in worldly frivolities - exchanging their eternal glory with momentary earthly pleasures. May God help us! Samson was careless and was about to pay heavily for it. Physically, Samson was the strongest man on the earth, but in self-control, integrity, and firmness he was one of the weakest of men. Many mistake strong passions for a strong character, but the truth is that he who is mastered by his passions is a weak man. The real greatness of the man is measured by the power of the feelings that he controls, not by those that control him. Samson was surrounded with favourable conditions for physical strength, intellectual vigour, and moral purity. But under the influence of wicked associates he let go that hold upon God, which is man’s only safeguard, and he was swept away by the tide of evil. Those who in the way of duty run into trials may be sure that God will preserve them; but you must not wilfully place yourself under the power of temptation, you will certainly fall if you do.

The philistines through Delilah desecrated the secret of Samson’s power, by shaving off his hair. The spirit of God immediately left him, and consequently, they “captured him and gouged out his eyes. They took him to Gaza, where he was bound with bronze chains and made to grind grain in the prison.” To rub in their victory, the philistines held festivals and offered sacrifices to their god -Dagon (the fish-god, the protector of the sea), claiming that she help them to gain victory over Samson. They used Samson for shows. That is what disobedience can cause. It stripes you of your glory, protection and mission. But this immediately provoked God’s jealousy, and Samson’s hair began to grow again. His strength began to return. I tell you, your humiliation by the enemy is already provoking God’s intervention in your situation. This is because God cannot watch His purpose for your life being mocked by the enemies and foreign gods. Now, don’t bother to recount what brought that calamity to your life, your business, ministry or your family. What I can assure you now is that the power of God is coming to restore it. And it is going to be very sudden definite. God will take the enemy by surprise. Samson prayed to God, regained his power and killed more people at this point than all his lifetime. I see God giving you an earth-shaking breakthrough this year. That will automatically pay-off all the wasted, lost time and resources. As you lay your hands on your head, pray that God would restore whatever the enemy has taken away from you. The God of the Eleventh Hour miracle is giving you what you could not achieve till this time. Expect it!

Rev Gabriel Agbo is of the Assemblies of God, Nigeria and the author of the books / audiobooks: Power of Midnight Prayer, Receive Your Healing, Breaking Generational Curses: Claiming Your Freedom, Never Again!, I Shall Not Die, Move Forward, Power of Sacrifice and many others. (All in major languages of the world). Tel: +234-8037113283 Facebook: Pastor Gabriel Agbo E-mail: [email protected] Website www.authorsden.com/pastorgabrielnagbo