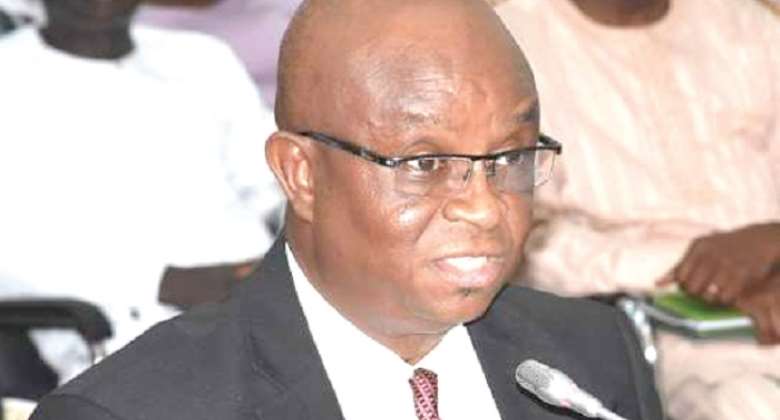 The 2022 budget to be presented by the Finance Minister is expected to capture the construction of a sea defence wall along the coastal areas of the Volta Region, the regional minister, Dr. Archibald Yao Letsa has said.

Currently, engineers are on site assessing what is actually happening before any action is taken.

Dr. Letsa told 3FM's Sunrise hosted by Alfred Ocansey on Wednesday that “when they are done, they will inform us about that”.

Since Sunday, November 7, thousands have been affected by tidal waves in three coastal constituencies in the region.

“Our officers are on the ground. Distributions are ongoing. The Coastal Development Authority is also in to assist the affected victims,” Dr Letsa said, adding that “we have almost 4,000 people both children and adults, affected and 14 communities”.

“The MCEs and DCEs are working around the clock since dawn on Sunday. They are mobilizing support from the regional and national to support the victims and I am sure the budget that would be read next week, I am sure it would be captured.

“The immediate responsibility now is the assemblies being on the ground. They are responsible to mobilize and support these victims”.

He further stressed: “Not that the government is unconcerned on what is going on. Government is concerned.

“The situation in Ketu South is quite different from what is happening in Anlo but the ultimate goal is to solve the situation.”

He noted that “the first phase of the sea defence covers 4.8 kilometers but a lot of havoc is being caused…so there is the need to extend the defence to about another 4-kilometres”.

“I have been to Adzina, Blekusu, we had a forum and some sea defence had been done at Blekusu.”