Only the Best is Good Enough 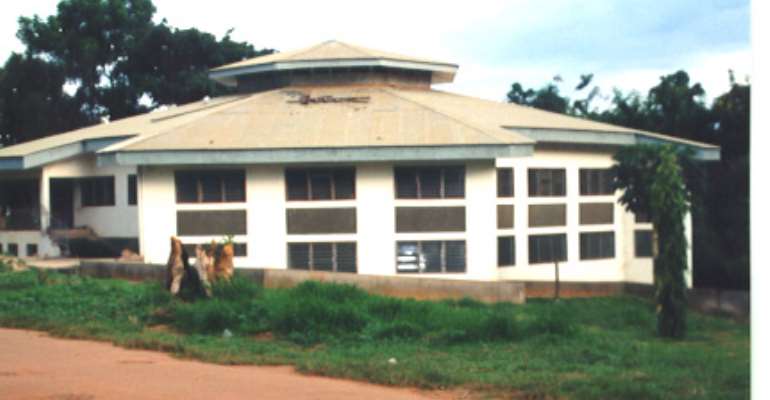 I was a teenager walking the corridors of Prempeh College in the mid-sixties. Like many, I was buoyant with enthusiasm, joy and a feeling of gratitude to the Almighty God for having made it possible for me to enter those magnificent walls of mother Prempeh - the high school with the beauty and serenity of a University campus.

Prempeh College was barely twelve years old then, and yet, it felt as if she had been around forever. Compared to schools like Achimota and Mfantsipim, Prempeh was a baby and yet she exuded so much confidence, poise and maturity that one would think, even then, that she was much older.

To put things in perspective, my class met the last European Headmaster of the school, Mr. Arthur Clark. By my second year, the then Assistant Headmaster, Mr. T. A. Osae, had assumed the position of the first African Headmaster of Prempeh College.

The impression I got when I entered Prempeh was the sense of decency, discipline, pride and utmost respect for authority that existed on the campus at the time. There was no room for buffoonery or hooliganism either within or outside the walls of the school. We were there to study to become the best and that was all that mattered.

The European Headmasters before Osae had set the tone and the standard in the school. So, for me, when the last one, Arthur Clark, was leaving I was very much circumspect of what might happen later on. Ghana was barely emerging from the tentacles of colonization. In fact, I am referring to a period that is within five years of Ghana’s independence. Theodore A. Osae was even more a disciplinarian than his predecessor, Arthur Clark. He was firm and resolute but kind. It would appear that he had been trained rather very well to assume the mantle that was inevitably going to fall on him as the first Ghanaian administrator of the school.

The first axiom that was impressed upon us even before we got settled was, “Only the best is good enough for Prempeh College.” This maxim, I believe, was initiated during the first few years of the school’s existence and it was drilled into us like a sharp nail throughout our stay on that campus. The headmaster, the teachers and the students lived it to the letter. Osae selected the best students on the list of admissions to the school, and it wasn’t a matter of who could pay the highest bribe. He chose the best teachers whether they were from Legon, Britain, France, Canada or the USA. In return, we the students had to strive to be the best in sports, academia and behaviour.

President Kufuor is a former student of Prempeh College. He had left the school a few years earlier when my class entered its walls. But, we learnt of him, especially, when he entered politics in the sixties. This is because, Prempeh, being such a young school at that time, did not have many such people to look up to, if any, at all. We all took pride in his achievement and those of a few such old boys whose careers were beginning to blossom at that time.

Each man is the quintessence of his life’s experiences. What we learn and experience in our youth and in our schools shape what we become. President Kufuor, like many of us, learnt to become the best of what he could be within the walls of mother Prempeh and those qualities have stayed with him and will continue to guide him and Ghana will be the beneficiary.

The character of a nation, to a large extent, reflects that of its leader. The United States of America in President Bush’s era, for example, is seen in a different light, in the eyes of the world, from that of President Clinton. Likewise, Kufuor’s Ghana is much different from Rawlings’ Ghana.

I know that those people on this forum who might be tempted to second-guess President Kufuor’s motives as he goes about running the country, would do so because they don’t know the man. I am certain that those who will have the opportunity to meet him eyeball to eyeball like I have, will have nothing but love, respect and admiration for him because he is an embodiment of all of those. President Kufuor means well with his zero tolerance for corruption, his golden age for business and his special initiatives. Ghana will be the better for it when his efforts start to bear fruits.