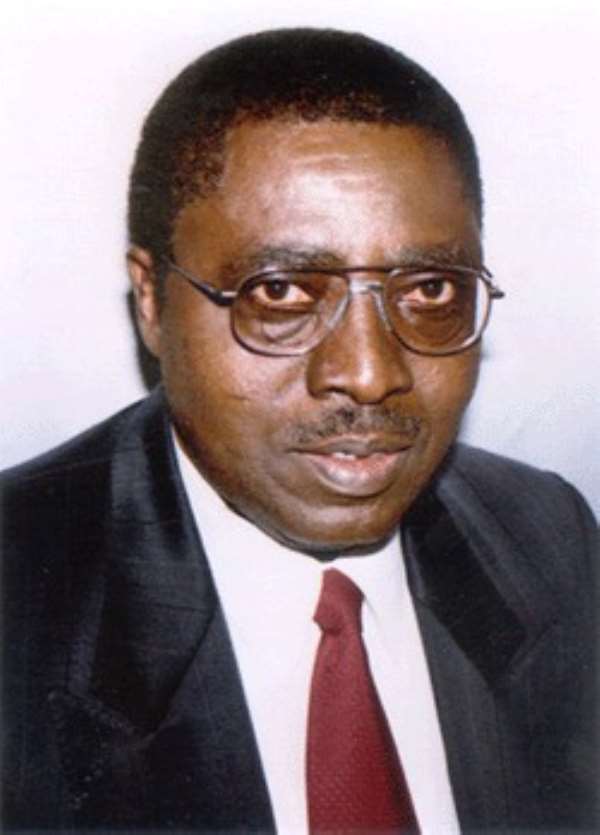 First, we are born, then we die. In between, we must live. And I tell you, it’s hard to live. I don’t recall where I was or what I was doing before I was born and I don’t really know where I am going after I die. All I know is that while I’m here I have a self-imposed duty to live – a very decent one at that, I hope.

You see, one of the very foundations of all North American towns is a Church. You can find an old quaint edifice called a church in almost every little town in North America. This was the way the early European Christian settlers moved in. Churches were small, then. Presbyterian Churches, one of the early churches all around us here are clear examples-a congregation of only 200-250 people at most. Africans and people of African descent migrating to North America are clearly following the example of the early European settlers, but with a bang! The church today, is fast becoming the nucleus around which everything else revolves. These churches are rapidly growing both in numbers and in size. While a congregation of 1,000 – 5,000 black churches are not uncommon, the original European churches are dwindling in size year after year. It is as though, it is time for the African pastor to evangelize the descendants of the European settlers and re-convert them back to Christianity. They gave us the Bible; took our lands, gold and peoples; and now, they don’t even want anything to do with the Bible any more. They are busy building huge enterprises. They are preparing to move to Mars while we are busy touting the Bible.

I admire though, the organizational skills with which the black pastors build such a huge following. It is a skill I would pay huge sums for if I could buy it, somehow. The reason is that the skill you need to build a congregation of 1,000 people is the same skill required to build a business empire of 1,000 employees. A pastor has got to have as much tact, patience and intestinal fortitude in dealing with the human problems in the church as a President of a large corporation needs to do with employees. Today’s African seems to want to use such valuable skills in building a church than building an enterprise. We are busy converting deserted factories, warehouses and bank offices into churches. We are able to raise funds in the millions to buy such facilities while the other peoples raise funds to build their enterprises. Ironically, we go begging the others to work in their factories for slave wages. Then we donate 10% of what they pay us to finance the purchase of our church edifices. And you know what? What we pay as tithes goes back to the other races from whom we rent or buy these church buildings. Our hard-earned meager incomes go back to them as interest on loans we took to purchase the buildings for our churches.

We spend countless hours on church activities such as conventions, all nights and cell meetings while the other peoples spend their time on earning a degree in law, medicine or inventing a new something. I often wonder what will happen to our numerous churches, if during an economic downturn, we are all laid off by the other peoples who employ us. Oh, no! I almost forgot. That won’t happen because we spend countless hours at prayer meetings so we don’t get laid off. Or, if we do, God will help us find the next company - the owner of which is incidentally from the other race - who will hire us. And the Lord listens and answers our prayers, because He continues to give the other peoples the wisdom and the courage to build business empires so we can find a job. Oh, Blackman!

Not too long ago, Louis Farrakhan, the giant Black Muslim leader was able to assemble one million black men from all over America in Washington. They called it “The Million Man March.” I cannot fathom how much it cost in good old precious green American dollars to congregate such a huge number of people at one place – travel costs, hotels, gas, food, wear and tear on vehicles. Could it be at least $500 per person, maybe more? So, one million black men spent at least $500 each – a grand total of half a billion dollars – to march to Washington to make a political or religious statement. Could or would these same people have spent the same amount to make an economic statement by forming a huge black corporation with contributions of $500 per head? Marcus Garvey, please come back, wherever you are! Now fellows, can some one tell me where those $500,000,00 spent that day went to? Those funds went to pay for airline tickets, hotel bills, gas and food. Now, can someone tell me who owns the airlines, the hotels, the petroleum companies and the food processing plants?

Would the Church take care of our material needs as it takes care of our spiritual needs. Man shall not live by church alone, but by every other thing!

Ken Ntiamoa, MBA is the President of Lifeline Financial. You many reach him at 4163981877 Views expressed by the author(s) do not necessarily reflect those of GhanaHomePage.

My mother is not dead — Farouk Mahama
2 hours ago