Torgbui Fiti Did Not Issue Ultimatum But… 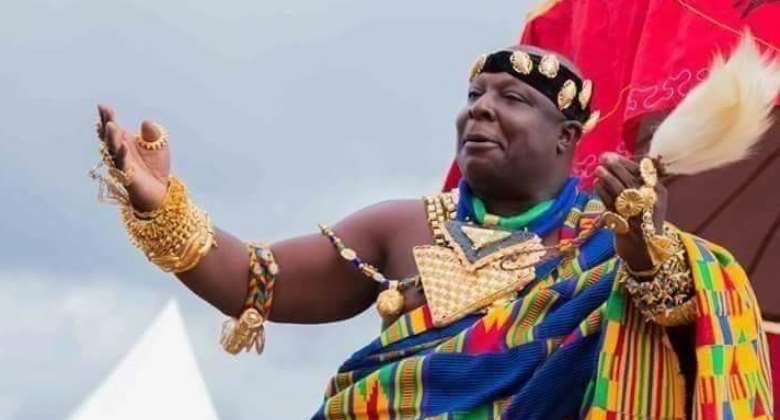 They are disrespecting him and insulting us like crazy on false pretenses! What is really wrong with these people? We shall get to the bottom of it one day!

It is really shocking that so many presumably educated Ghanaians, including almost all journalists reporting on this brouhaha, not only Sefa Kayi, the NPP MPs (and even the NDC MPs who claimed to be supporting Torgbui Fiti) and President Akufo Addo himself, do not understand the meaning of ultimatum! I am therefore compelled to write this article not on to set the records straight but to rebuke them. The steady collapse of English as the official and preferred medium of communication in Ghana in favour of Twi is indeed leading to chaos.

Simply put, an ultimatum must comprise a threat, either explicit or implied, i.e., subtle, to do or have something done [unilaterally] if a demand is not met. Torgbui Fiti simply made a request and gave a timeline when the request should be conveniently met, that's, the next academic term in February.

(Note: Timeline doesn't necessary mean deadline and a deadline is not even an ultimatum even though breaching some deadlines may incur penalties which form part of a contract BUT it is by mutual agreement between the contracting parties).

Let’s have a definition lifted from Google search.

“a final demand or statement of terms, the rejection of which will result in retaliation or a breakdown in relations.”

“What is an example of ultimatum?

The definition of an ultimatum is a demand which, if not met, will end a relationship or otherwise result in some serious consequence. When a woman says to her boyfriend "marry me or I am leaving you," this is an example of an ultimatum. ... by the party issuing the ultimatum.”

Can anyone point out where in Torgbui Fiti's speech his tone even signified an ultimatum, since there was no explicit threat in his speech?

He cannot leave his request open because of the nature of the need: students to make use of the building in the coming academic term. He did not in any way even subtlety hint of any repercussion or consequence to the Minister if his request was not met. That would have turned his request into a demand and an ultimatum. He did not go that far even in his tone and demeanour, which was that of a frustrated supplicant whose very much neglected domain he claimed to be the next major generator of customs duties after Tema Harbour. No one seems to be paying attention to that aspect of his speech. Perhaps, if only 1% of the revenue generated at Aflao is given to the local authority for their development, Torgbui Fiti would not be asking the Minister of Education to complete the school building he lobbied so much to have built at Aflao.

I tackled the paradox of how the Volta Region and Voltarians are major producers of Ghana’s wealth too but are deprived of a fair share of the national cake and constantly abused by abject ignoramuses as leeches and parasites on aged Akan cocoa farmers in the article, The Kind of Nonsense We Live With. When told cocoa is produced in the VR too, you are abused as a liar! https://www.modernghana.com/news/746347/the-kind-of-nonsense-we-live-with-part-1.html

I have noted some people attributing to Torgbui Fiti something said by another chief, purportedly a Yilo Krobo chief, that if Akufo Addo would not complete the E-block in his area, he should come and carry it away. I saw the video myself and he spoke in Twi, not English like Torgbui Fiti did. They’d go to any length to let the mud stick on Torgbui Fiti.

Torgbui Fiti has been falsely accused and set up by Sefa Kayi, disrespected by President Akufo Addo (I doubt very much if he heard the chief's speech himself), and the rest of we Voltarians are being insulted in addition like crazy from all angles, simply because some people have this urgent need to contantly express their atavistic, ethnocentric instincts. This should have repercussions. And that's a threat! Apology isn't enough to satisfy some of us. We're tired of some ignorant and foolish people disrespecting and insulting us at the drop of a pin. In fact, without even any provocation, as is the case on Ghanaweb and other social media. It was long overdue to subject them