Tell Me His Name And I’ll Remind You Of It! 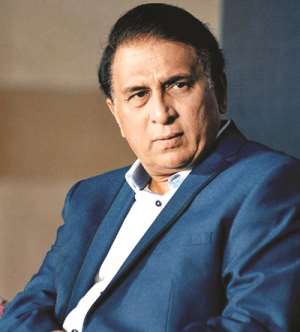 In the type of house in which I was raised at Asiakwa, one could not help hearing everything anyone else had to say!

The rooms in the compound house were arranged on four sides of an open “yard”; each side had its own veranda and it was on the veranda that the occupants of the rooms sat and chatted all day and sometimes at night. The yard could not have been more than 50 yards in length, so every word uttered anywhere within its circumference could be heard by everyone else in the house. When tempers rose, one could even hear what was being said inside the bedrooms!

There was always something to laugh at during our eavesdropping sessions. The men in the house were the great talkers: their leader was my eldest step-brother, who was so mature that I called him “Papa” Kofi Bunto. He is best remembered for his the uncanny artistry with which he approached the task of surviving by relying on what was in our green forest. He could shoot (guns or catapults) or trap game (with “fidie”).

But that wasn’t the end of it – he didn’t spare game that was not four-legged: he was also an expert at making fish-traps from raffia (“ajokuo”). It was good to behave in a way that made himtake a liking to one – the liver of the game he bagged always went to the “best” boy in the house! I, of course, aspired to be that, but wasn’t always successful!

Cconversation between the men was extremely witty and full of mysteries. For instance, they claimed to see, on some dark nights, objects in the shape of “soft boxes” that floated in the sky and passed over our houses!

But they were most amusing when they began to play with words. I remember one of them, telling the story of how a man fell into an nkomena (mine-hole) and was rescued by him and his gang. The story-teller couldn’t remember the name of the victim of the accident. But instead of asking whether anyone else remembered the chap’s name, he began to click the tips of his fingers, saying, “Ahhh! – you know that guy – just mention his name and I shall remind you of it!” (Bɔ ne din na menkae wo!”

I remembered the tricks their memories played with them, as they got older, one day when I was listening to Test Match Special on the BBC’s Radio 5 Extra, a normally soporific experience that delivers sheer rapture without demanding much intellectual effort in return. I suddenly realised that there was something wrong.

How could a commentary on a cricket match between England and India not include that golden voice from India? Maybe he would come on later, to break the Anglo-centric chatter of the British commentators then on the air, Jonathan Agnew and Geoffrey Boycott?

What was the Indian guy’s name? Gee – I suddenly realised that I couldn’t remember it! How could that be?

I remembered the fantastic innings he had played in a match between the MCC and The Rest of the World and even the year – well, it was the 1980s! I could see in my mind’s eye, his funny helmet and the unforgettable manner the Australian commentator, the late Richie Benaud, had gently made fun of it. It was “the most extraordinary” helmet Benaud had ever seen, Benaud said.

Ah! How irritating. How could I forget that guy’s name? He was the greatest Indian batsman before Sachin Tendulkar came along; he was famous for having publicly refused to accept membership of the MCC [Marylebone Cricket Club] after the stewards at one of the entrances to Lord’s cricket ground had refused him entry, because he’d left his pass in the press box or something. He didn’t want membership of such a “snobbish” organisation, it had been widely reported.

How could I possibly forget the name of someone who had taken the unique step of rejecting membership of the MCC, an organisation whose waiting list for membership apparently stretches into the next century, if not the one after that?

I still couldn’t remember his name, though. But, annoyingly, I could recall such facts as the 10,000 runs he’d scored; his average (over 50;) ….etc. But come the name, and still nothing doing.

So I moved to the computer. I was going to go to www.google.com and type into the search box, “Indian+top+batsman”. I knew I would get about one million entries in about half a microsecond.

But then, out of nowhere, I got the feeling that I should rebel against Google. I mean, Google made things so easy it endangered one’s ability to recall facts by oneself! When I started on my career in journalism, you would have had to travel to a reference library to borrow the International Who’s Who, thumb through the index (probably under a subheading entitled “Sportsmen” and then, a sub-subheading: “Cricketers”, and then find out whether the name you wanted was listed.

Failing that, you might have had to borrow a general book or two on India and hope that sport – and cricket – had been thought worthy of coverage by the editors. This made the information, when it did finally come to hand, quite unforgettable. Well – for a while!

No: I wouldn’t Google. I tried some mental tricks: “Spell Mount Kosciusko!” (A teacher of ours had once titillated us by saying that a talkative classmate had a head that “looked like Mount Kosciusko”! We had had to look through many books to find out whether Mount Kosciusko existed. It did – in Australia. Mount Kosciusko? Who’d ever heard such a name? More important, who cared?

I was engaged in these sorts of memory-testing tactics when one of the TMS stars, Henry Blofeld, took over the microphone. Now, this guy had a "magpie's nest" of a mind that was linked to one of the widest nets of “associations” I have ever come across. So I was hoping that he would somehow come up with the name I wanted.

He didn’t disappoint me. In less than three minutes, he’d found reason to mention the name, “Sunil Gavaskar“!

I was ecstatic as I said “Boo!” to Google.

But then came another trick played on me by my mind: out of nowhere, it wanted to find out whether I remembered this: “In which James Bond novel does the villain named "Blofeld" appear?”

I refused to Google it. I am waiting for it to come to me naturally.

Mt rebellion against Google is based on the fact that already,many schoolchildren in developed countries, armed with mobile phones, can neither add nor subtract – let alone multiply or divide. They simply look up the sums. And any other fact they want to find out about!

Ah – there’s one way to beat Google! Don’t ask it questions about things that are famous. Rather, ask it questions like, “What’s the name of that bloke who used to lecture in English at Kwame Nkrumah University of Science and Technology in the 1960s, and who was the first person to drive an E-Type Jaguar in Ghana?

Answers on a postcard, please – to Cameron Duodu, c/o the Ghanaian Times, Accra.