A Guide to Land Acquisition in Ghana 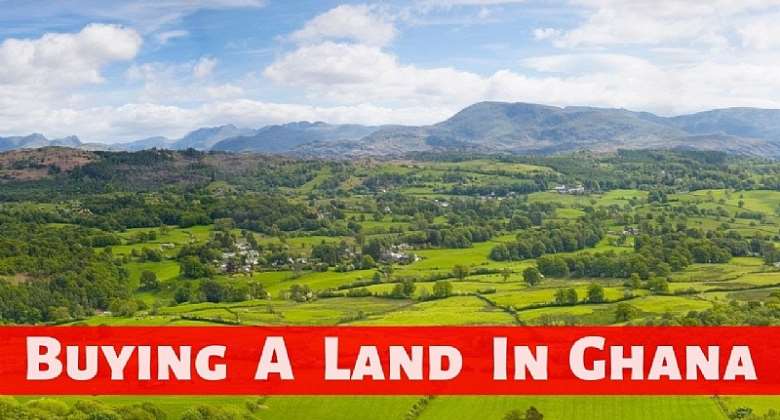 Acquiring a land in most cities and towns in Ghana is one of the most herculean tasks in one’s life. A lot of people including Politicians, Lawyers, Police Officer and other distinguished personalities have all lost their lands due to the inefficiencies in the land system of the country.

According to Benjamin Tachie Antiedu in his book Reading the law, Ghana’s Conveyancing Act, 1973 (N.R.C.D. 175) defines land to include “… land covered by water, any house, building or structure whatsoever, and any interest or right in, to or over land or water ”.

Article 257 (1) of the 1992 constitution stipulates that all public lands in Ghana shall be vested in the President on behalf of, and in trust for, the people of Ghana. Article 20 (1) of the constitution also provides conditions under which any property, interest or right over any property shall be compulsorily taken possession of or acquired by the state.

Stool or skin land are lands owned by a group of people who belong to the same stool or skin. In Northern Ghana, the term skin is used to define the shrine that contains the soul and spirit of the larger group. The chief in this instance is the custodian of such lands and he is mandated to administer the land for and in trust of the entire group in accordance with customary law and usage. Article 267 (1) of the constitution and subsequent clauses spell out clearly how such lands should be administered.

Vested lands are lands that have been taken away from indigenous tribes and communities and vested in the state and administered on behalf of the community under the Land Administration Act 1962 (Act 123).

Clan or family land are owned and controlled by clans and families. These types of lands are administered by the head of family or clan and any business dealings on the land must be done with the head and also the consent of the principal elders of the family.

Stool or skin and family lands are not owned by individuals and it is very important for any person who wants to transact a business with a chief or head of family to ensure that the principal elders of the family are involved in such transactions.

Private lands are owned by individuals and families, these type of lands does not belong to a family or state. Such types of lands are known as freehold interest.

Possession in land is in two forms, it can be direct possession which involves physical occupation of the land by the owner or a claimant who has a physical structure on the land which gives him the immediate right of possession. In other to prove possession, one would have to show documentation to that effect or call occupants of adjoining lands as witnesses to his ownership of the land.

The various interest in lands under the Lands Act , 2020 (Act 1036) includes allodial title which is the highest interest in land and it is held by the state, stool, clan, family or an individual. The acquisition of land may be through compulsory acquisition, conquest, pioneer discovery and settlement, gift, purchase and agreement.

Freehold title is the second highest interest that can be held in land in Ghana and this is created for an indefinite period.

A Customary law freehold is an interest derived from a transaction under a customary law, this form of acquisition may be between the stool, skin, clan, family which holds the allodial title and an individual. It may also be referred to as usufructuary interest and the holder being a usufruct. A member of the family or stool can acquire a freehold interest only if he comes from that family and must claim title through his stool or a family which holds the allodial title and the land in question must not have been occupied by any subject of the family or stool.

Common law freehold is created out of the allodial interest by both subjects of the land owning stool and strangers. The strangers are not subjects of the family or stool owning the land and they qualified to have that interest because it is under the common law. Under customary law, a stranger cannot acquire a customary freehold. The coming into effect of the 1992 constitution made it unlawful for a freehold interest to be created out of a stool land.

Leasehold interests are created for a fixed period of time, after the lessee has paid a consideration in the form of rent to the lessor. Every lease agreement must have the land properly defined, the lessee must have the right to exclusive possession of the land during the period of the lease, to make it valid, the agreement must be reduced into writing and must be signed by the parties or their agents. There should also be certainty of the duration of the leasehold. There are other interest such as customary tenancies, easement and profit a pendre.

A lot of Ghanaians have lost their investments because they have little or no idea as to how to acquire land in Ghana without any hitches. People have lost money because they failed to do due diligence during the process of acquiring a land, in most cases people who sell lands and landed properties have sweet tongues that they use to convince buyers of the genuineness of the property resulting in the buyers losing huge sums of money to unscrupulous landowners.

In buying a land, it is important for the buyer to make sure that he is dealing with the rightful person or owner of the land. The identity and the capacity of the seller to sell that land is very important. Engaging a lawyer in most of these transactions is the best option if one can afford, if the buyer cannot afford the services of a lawyer, then the buyer must ensure that he deals with the seller in his house or office, the buyer must also ensure that he does a proper due diligence on the seller, this can be done by enquiring around to ensure that the land belongs to the seller.

The buyer must also get the land title document and proceed to Lands Commission to pay for a search on the property in question. The search would help the buyer know the rightful owner of the land.

As a buyer make sure you complete all the necessary checks on the land before making payments. Failure to do so may result in the buyer paying huge sums of money to a fraudster.

Some landowners and fraudsters usually advice potential buyers to pay for the land and start developing whiles they provide 24 hour security for them. It is very dangerous to go by such terms, usually such arrangements bring more problems to the buyer, such arrangements usually resorts to the buyer being exploited by the seller, land guards and in some cases authorities from the district assemblies.

In buying a land, one should always have it at the back of his mind that this is a lifetime capital investment and any wrong move might result in the buyer losing a fortune. Always ensure that you do due diligence on the land and never be tempted by the sweet words of some of these landowners. If you can afford the service of a lawyer, please do so to save yourself time and money.