The weird tale of the ‘missed call’ 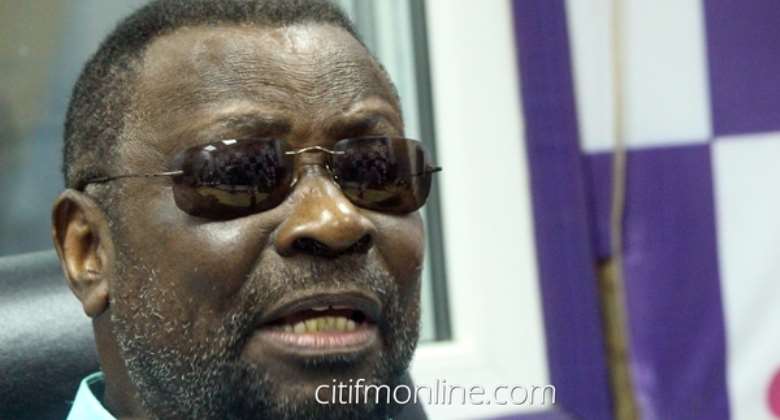 K1 – Koo, would you think it was terribly stupid if I warned the Ghana Police Service that I intend to use the new Freedom of Information Act to seek information from them?

K2 – Of course I would! Suppose after they get your warning, they destroy all the information you are after?

K1 – They wouldn't be able to do that! For the information relates to a case where there is (1) an initial docket; (b) records of the first court hearing; (c) records of subsequent higher court hearings; and (d) records of why further proceedings on the case were stopped, by whom, when, and how!

K2 – And you think all these records will just be lying there for you to go and grab them and make a federal case out of the matter?

K1 – Yes. In case YOU haven't noticed, there is a new spirit at work at Police Headquarters. They ISSUED AN APOLOGY TO JOURNALISTS THEY HAD MISTYREATED AT THE TRIAL OF A “PROPHET” THE OTHER DAY! Very civilized, it was.

K2 – When did you become a lawyer?

K1 – You don't need to be a lawyer to follow police behaviour in this country. Common sense can make you realize that the Police would not be able to destroy the court records kept by the Magistrate's Court. Or those of the High Court!

K2 – So why haven't they supplied the information to the public?

Nor will their boss, the Minister of the Interior. Nor the AG's Department, which carries out prosecutions on the basis of evidence upon which the police have produced a docket to be taken to court by the AG's Department for trial.

Yet the murder at Tema, in broad daylight, on 20 November 2010, of Madam Amma Hemmah, on suspicion of being a witch, was the front-page lead in the Daily Graphic, with a picture of her burning body prominently displayed! On the front page, I repeat.

That the police think the public can just forget about a sensational case like that shows how little they respect public opinion in this country. Yet the Government has allowed them to do it.

K2 – Yes – I remember! I remember! I followed the Graphic reports on the proceedings afterward: how the old lady had missed her way, after alighting from a truck on which she had travelled to Tema to look for her son.

How she missed her way and went into someone else's house; and – quite pathetically – how, because she was tired, she went to sleep in someone's bedroom there. How she was discovered and a cry went out that a “witch” had been caught!

Such a clear case of someone with the disease of dementia – or Alzheimer's – being victimized to the point of being burnt alive!

K2 – I do remember that you took the matter up when the case suddenly stopped being tried in court. You awarded the Police an honour in your “New Year Honour's List”, didn't you? You criticized how they had clammed up about the case?

K1-- Yep. They didn't respond. And I wrote more about it. Still silence.

K2 – So why have you suddenly resurrected your interest in that murder case, nearly ELEVEN YEARS after it took place?

K1 – Koo, something VERY EERIE happened to me the other day.

K1 – No; it was worse than that! I saw a “Missed Call” on my phone. And when I checked, the name of the caller nearly made me faint!

K1 – So I thought it might be someone related to Amma Hemmah. But how would an “Afua Himah” be able to get my number? It was just too strange. You know how names In Ghana can be misspelt. Had someone changed “Hemmah” to “Himah”? had been misspelt, as often happens with the spelling of Ghanaian names. I could not help but be reminded of Amma Hemmah on seeing “Afua Himah!”

K2 – So you thought it was a call from “beyond the grave”, asking you why you have not continued to fight for justice for Madam Amma Hemmah?

K1 – No I am absolutely serious.

K1-- I began by politely asking the lady who took the call to confirm her name. I then tactfully explained how her number had appeared on my phone as a “Missed Call”.

K1-- No! So I very very gently explained tactfully, why her name had struck me and made me wonder whether she was a relative of the late Madam Amma Hemmah's. I explained the murder case to her – very gently – and apologized in case I was troubling her with a case that did not concern him.

K2 – And what was her reaction?

K1 – She showed understanding of my dilemma. She had quite a good sense of humour because --- do you know what she said when I'd explained everything to her?

I playfully retorted, “Of course, if you were dead, you would tell me! She laughed at that and repeated, “I am not dead! “ And then, she said sweetly, “God bless you!”

K1 – Koo, I swear, the way she said that “God bless you!” was so gentle and beautiful that goose pimples broke out all through my body!

“Nyame nhyira wo!” has never been said to me in such a sweet way!

K1 - Well, Koo, what do I know? The world is full of mysteries. Hard-headed physicists have made scientific experiments that demonstrate that the universe contains particles that compose either “matter” or anti-matter.

But we can't see the anti-matter! Another thing we can't see but which populates the universe is something called the “neutrino”. Then there is also something unseen called “dark energy”. No one knows what it's made of!! Even the universe itself is now suspected to be not ONE entity but several.

There is not just a “multiverse”, but possibly, “multiverses”! Then, if you want to go mad, you can find out about very strange celestial objects called “black-holes” and “wormholes”! Man, there are apparently so many different “dimensions” to what we call “life” that something that is inexplicably caused that “missed call” to be made to me!

K2 – Ei? So someone somewhere could also be chasing after the Ghana Police Service and the Attorney-General's Office?

K1 - Well, Koo, what do I know? The world is full of mysteries. Hard-headed physicists have made scientific experiments that demonstrate that the universe contains particles that compose either “matter” or anti-matter. But we can't see the anti-matter! Another thing we can't see but which populates the universe is something called the “neutrino”. Then there is also something unseen called “darkenergy”. No-one know what it's made of!! Even the universe itself is now suspected to be not ONE entity but several. There is not just a “multiverse”,but possibly, “multiverses”! Then, if you want to go mad, you can find out about very strange celestial object called “black-holes" and “wormholes"! Man, there are apparently so many different “dimensions” to what we call “life” in our "universe" that it is quite possible for some "energy" from an inexplicable source caused that “missed call” to be made to me, and only -- ME!

For we just don't know everything about the world which we “live in it!” (sic)