Surely, Kennedy Agyapong will mesmerise Kevin Taylor on his own turf! 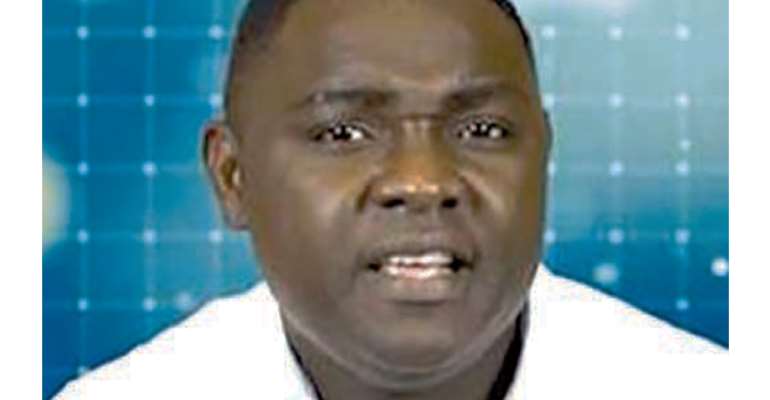 I was quite amazed upon skimming through an opinion piece by a certain prolific Ghana web columnist, who risibly, or should I say evocatively, insisting that the Honourable Kennedy Agyapong can never win any legal battle in the United States against the social media enthusiast, Kevin Taylor.

The columnist bizarrely concludes that unlike Ghana, the laws work in the United States and therefore the Honourable Kennedy Agyapong cannot have his way.

Of course, the columnist is absolutely right in stressing that the laws work in America. However, he is far from right by venturing to state categorically that the Honourable Agyapong can never win any defamation case in the United States against Kevin Taylor.

It appears that the columnist is not aware that the Americans have a penchant for chasing the obdurate terrorists, including the social media ‘terrorists’.

The social media fanatic, Kevin Taylor, has been a ‘Lucifer in the flesh’ of innocent people, whom he loves to attack and accuse without an iota of tangible reason or evidence.

Let me however stress forcefully that no journalist deserves to be killed, and therefore the alleged attacks and murders of some journalists were quite unfortunate just to say the least.

That being said, it is quite absurd for anybody to aim accusing fingers at the Honourable Agyapong over the deaths of some journalists.

Suffice it to stress that in the absence of incontrovertible evidence, it would be absolutely inappropriate for anybody to draw an adverse inference that the alleged attacks and murders were perpetrated by the Honourable Agyapong.

So who says that the Honourable Agyapong cannot combat the self-acclaimed social media whistle blower, Kevin Taylor on his own turf and comes out victorious?

The unconventional and unpalatable pronouncements by the vociferous and patently aggrieved serial social media critic of the Akufo-Addo’s administration, Kevin Taylor, who has gained an illimitable notoriety as a thorn in the flesh of the NPP government appointees, cannot be allowed to pass without commenting.

The clamorous social media critic’s numerous wild and unsubstantiated claims against the officials of the NPP administration, so to speak, smack of sensationalism more than anything else.

In fact, at worst, it is intellectually incoherent and ridiculously incongruous for a supposedly trained-mind to unblushingly accuse people without any incontrovertible evidence.

Let us be honest, Kevin Taylor, being a bona fide citizen of Ghana, has every right to shriek, speak and highlight any reprehensible acts being perpetrated by the men and women we have been entrusted with the national affairs.

Nevertheless, it is absolutely out of order for a supposedly anti-corruption crusader to abuse such rights by accusing and maligning innocent people without any shred of admissible evidence.

Dearest reader, it would appear that Kevin Taylor is mischievously seeking to tarnish the image of his perceived opponents.

It is also quite intriguing that despite showing keen interest in the investigations into the death of some prominent Ghanaians, he has decided not to ask questions about the sudden and the mysterious death of our distinguished late President Mills.

As Kevin Taylor is rightly asking questions about the death of some public figures, wouldn’t it also be worthwhile if the good people of Ghana get to know what actually happened to former President Mills on that fateful day?

Apparently, critical observers have been broaching somewhat controversially that “criminals make excellent detectives”. And how true is that?

Interestingly, the Honourable Kennedy Agyapong alleged some time ago that he has admissible evidence which suggests that the social media commentator, Kevin Taylor, is not the perfect creature as he would like his admirers to believe. He is a descendant of Adam, after all.

The Honourable Kennedy Agyapong has been accusing the self-styled anti-corruption crusader and the social media enthusiast, Kevin Taylor, of engaging in “blackmailing” and allegedly in possession of a fake NPP identity card”.

The vociferous social media commentator, Kevin Taylor, has found it somewhat convenient to level series of wild allegations against the incumbent NPP administration and its appointees without a shred of incontrovertible proof.

Amazingly, the stubbornly impenitent social media critic, Kevin Taylor, all of a sudden, has turned into a murder detective, who is bizarrely claiming to have incontrovertible evidence which suggests that the Honourable Kennedy Agyapong callously murdered his colleague, the late JB Danquah and Ahmed Hussein-Suale(May their Souls Rest in Peace). How pathetic?

Given the seriousness of the allegations, some of us, in fact, are extremely dumbfounded as to how and why the investigators of the murder cases, have not taken the necessary steps to get the effervescent ‘whistle blower’, Kevin Taylor, to assist with the investigations.

In synopsising, I hereby urge the Government of Ghana, as a matter of urgency, to get the self-styled social media murder detective, Kevin Taylor, to furnish the murder investigators with further and better particulars on the seemingly sensational allegations.

Until such a time, some of us, as a matter of principle, cannot throw away our thinking caps and buy into the wild allegations being thrown about by the obstreperous social media murder detective, Kevin Taylor.

As it stands now, we can confidently conclude that the social media enthusiast, Kevin Taylor’s wild claims are destitute with honesty and integrity, and must therefore be treated with the contempt they deserve by all well-meaning Ghanaians.

In fact, after a carefully considered deliberation on the unmeasured pronouncements by the boisterous social media critic, Kevin Taylor, I would like to conclude that he is rather seeking to disturb public peace with his nauseatingly ugly insinuations and aspersions.

Given the circumstances, the Honourable Kennedy Agyapong is doing the right thing by deciding to battle the social media obdurate tattletale, Kevin Taylor, in his own turf.