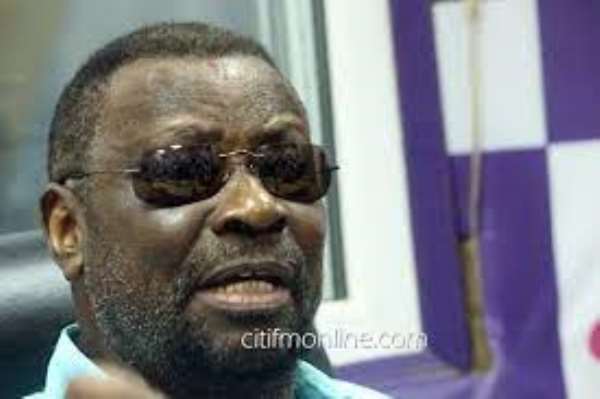 A lot of words have been written about America's “humiliating defeat” in Afghanistan.

The pundits have been wondering how it was possible for the “greatest power on earth” to be pushed by a half-literate country ruled mainly by medieval “mujahideen” authorities, to make mistakes that have exposed it to the world as a giant with clay feet.

Many of the pundits know the answer, but group-think has worked to make them turn a blind eye to it. They have concentrated, instead, on President Joe Biden's palpable “impetuosity” in ordering American troops to leave Afghanistan by 31 August 2021.

But the missing word is more important than that. Perhaps it even contributed to Biden's disgust with the whole Afghanistan mission and his hastiness in ending it.

The missing word is a hydra-headed, total calamity: opium/heroin.

Certainly, Biden was inept in announcing a withdrawal date before he had pulled out the interpreters and other Afghan “collaborators” who had assisted the Americans and their allies – Britain,. Germany and France – in their war against the Taliban, over the past 20 years. Biden should certainly have known that the Taliban would treat these Afghans (who are accepted as the “friends” of the allied Western forces, and in reality, had been acting as the “eyes and ears” of the allies) as “traitors to the fatherland” and that the US should not leave Afghanistan until it had made sure that they had all reached a place of safety, first.

But naively, Biden bought the assurances of his intelligence officials that secret talks they had been holding with the Taliban in Qatar, had prepared the ground for Taliban “co-operation” with them, in the pull-out. After 20 years of operating in Afghanistan, American officials could rely on pledges of co-operation by the Taliban? Yes, of course! Why, hadn't the Americans watched unconcerned as the Taliban and its thinly-disguised allies, as well as the Afghan”Government”, all fed fast on the proceeds of opium/heroin?

Yes – “secrets understandings” were the basis of all operations in Afghanistan, right? So if the Taliban had undertaken to allow free passage to all who wanted to leave Afghanistan, why doubt them? Other terrorist groups? Oh, the Taliban could control them. They had forged secret links through which they operated the lucrative opium/heroin trade, hadn't they?

The the cost of that naïve American reliance on the word of the Taliban was – the death of over 200 people – including 13 Americans – killed by suicide bombers at Kabul airport and its environs. Does it matter whose bombs did the job? The guilty party was, indisputably, the fog of darkness that enveloped everything that had been taking place in Afghanistan, under American suzerainty, ever since the US triumphantly replaced the Soviet Union as the pusher of political buttons in Kabul.

Mind you, the deed was most probably not done by the Taliban itself, but by a body known as ISIS-K, a rival of the Taliban's that is said to have claimed credit for it. But the Taliban had created the conditions for the slaughter by setting up road-blocks, at which its troops had been inspecting the documentation of all those attempting to leave Afghanistan. Congregated crowds; narrow entrances to checkpoints; the occasional panic – all the ingredients of unexpected disaster were present on the way to Kabul airport. And disaster did happen. To no sensible person's surprise.

Really, is this the best American could do? In the full glare of the world's TV stations?

Of course, the Americans had not anticipated the speed at which Kabul fell to the Taliban. But that comes with the territory of smuggled co-operation. You can't verify anything when you co-operate with a crook, for deception is the most dominant element in relationships with crooks. One day, they are reliable. The next day, they are not. But if you have begun to rely on them, you have no choice but to act as they want.

So the Taliban may not have set off the rockets that killed 200 people. But they celebrated the American withdrawal with gunfire and what appeared like fireworks, when it was finally get completed. Maybe the Taliban even smoked hash together with ISIS-K, that night – who knows?

The killings at Kabul airport have, of course, blown open, the rationale, and modus operandi, of the whole of America's involvement in Afghanistan.

I pointed out, earlier, that the word opium/heroin, was not being widely used by commentators, in relation to the US campaign in Afghanistan. But how can you ignore a commodity that has dominated a country's economy for twenty years or more, under the eyes of a country that avowedly regards that commodity as a poison that be uprooted from wherever it is produced? Have we forgotten Colombia, for instance?

“When the US involvement began, the Afghan mujahedin, whose most prominent group was the Taliban, had been fighting against the Soviet Union, using the proceeds from opium/heroin sales to buy arms and pay their anti-Soviet fighters. The CIA, which led the American operation to assist the Afghans against the Soviets, did not mind the Afghans depending on their opium-driven economy at that time. But once the Soviets had been defeated, the Americans began to pour money into Afghanistan. Their hope was that their money would divert the mullahs away from dependence on the proceeds of opium/heroin, and be satisfied with US largesse, instead.

But the US could not control what has been described as “the “swelling surplus from the country’s heroin trade”. Its opium production, according to estimates, surged from around 180tonnes in 2001 to more than 3,000tonnes a year after the Soviets were driven out, reaching more than 8,000 tonnes by 2007. “Every spring”, notes one writer, the opium harvest “fillsthe Taliban’s coffers once again, funding wages for a new crop of guerrilla fighters.”

In fact, at each stage in Afghanistan's tumultuous history covering the past 40 years, (that is, the covert 'anti-Soviet' war of the 1980s, the civil war of the 90s and its post-2001 occupation – opium/heroin has played what has been described as “a central role” inshaping the country’s destiny. The following quote puts it beautifully:

Now, reader, do you understand my impatience with those who have been writing about Afghanistan on the blind side of the “narco-state” aspect?

It is not only Afghanistan that has suffered from the opium/heroin syndrome in the area: during the 1980s, the CIA’s secret war against the Soviet occupation of Afghanistan helped transform the Afghani-Pakistani borderlands into what has been called “a launchpad for the global heroin trade.” A US State Department report noted in 1986 that in the border areas, “there is no police force. There are no courts. There is no taxation. No weapon is illegal … Hashish and opium are often on display.” The State Department report also states that opium “is an ideal crop in a war-torn country, since it requires little capital investment, is fast growing and is easily transported and traded”.

That is ho0w the Afghan-Pakistani border region became “the world’s largest heroin producer.” As early as 1984, it was supplying a staggering 60% of the US market and 80% of Europe's”!

Inside Pakistan, the number of heroin addicts surged from near zero in 1979 to 5,000 in 1980, and 1.3 million by 1985! Can you imagine US, British, and German soldiers m working in these areas and being subjected to the temptations that the opium/heroin industry would have opened up to the weak-minded amongst them?

It is wise therefore, as we contemplate the defeat of America in Afghanistan, to anticipate the answer to this question:

QUOTE:”How could the world’s sole superpower have battled continuously for more than 16 years – deploying more than100,000 troops at the conflict’s peak, sacrificing the lives of nearly 2,300 soldiers, spending more than $1trillion on its military operations, lavishing a record $100bn more on “nation-building”, and helping to “fund and train an army of 350,000 Afghan allies [and still lose]”? UNQUOTE

The answer is this: if you compromise your country's integrity, by ignoring illegalities being committed by your “allies”, you lose their respect and ultimately, their trust. For instance, intelligent Afghans (among those working with America and its allies) who knew the history of how the US at first assisted General Manuel Noriega (to entrench himself as the dictator of Panama) and then turned round to hunt him and finally throw him into prison (for dealing in opium/heroin!) might well have imagined that the same fate as Noriega's, might befall them in years to come!

Certainly, the US fully knew the type of person Noriega was, before recruiting him as an ally, and the hypocrisy displayed by the US in its dealings with him, would not impress Afghans, many of whom profess strong religious or traditional beliefs that steer them towards notions of honour and loyalty.

It is in this moral maze that President Biden found himself. He quite correctly deduced that the United States had spent too much money and lost too many lives over too many years in Afghanistan in exchange for too little. For all he knew, the conflict could go on indefinitely, as America's primary objective of eliminating jihadists (like Osama Bin Laden) changed to nation-building. He also probably realised from secret reports that nation-building in Afghanistan was wrecking the moral fibre of the troops who were sent there, as some succumbed to the drug habit so fashionable i9n that part of the world.

But having come to that decision, Biden could not get the US military machine to implement it expertly. Their biggest mistake was to close Bagram air base and pull out of it before they had managed to transport the Afghans who were dependent on the Americans, to countries willing to accept them.

In an opinion piece in the Wall Street Journal, the paper's editorial board asked:

QUOTE “Who Abandoned Bagram Air Base? Biden says the military, but the military says he gave them little choice. The terrorist threat to U.S. troops, civilians and Afghans continues to loom over the frantic evacuation of Kabul airport. Thursday’s (27 August 2021) suicide bombing, which killed 13 Americans and nearly 200 Afghans, has been claimed by an Islamic State affiliate, which is plotting more.

“Why are American troops in such a difficult-to-defend position? The evacuation is taking place at an urban airport with a civilian wing, and perimeter security is being provided, unbelievably, by the Taliban. Only about 40 miles away is Bagram airfield, the military base that the U.S. vacated in the dead of night in July, without even warning America’s Afghan allies.

“President Biden on Thursday essentially blamed his generals for the Bagram pull-out. “They concluded—the military—that Bagram was not much value added, that it was much wiser to focus on Kabul,” he said. “And so, I followed that recommendation.”

“What Mr. Biden neglected to mention is that the President sets the constraints under which the military draws up plans and evaluates options....UNQUOTE

The Wall Street Journal concluded: “The wreck of Mr. Biden’s Afghan withdrawal is damaging enough. But he compounds the harm to his credibility, and America’s, when he refuses to acknowledge mistakes and spins defeat as a victory for realism”.UNQUOTE