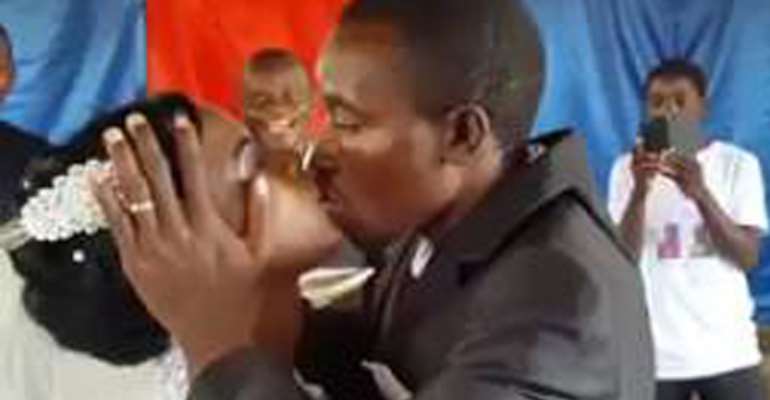 Many of my friends say I have extreme amount of longanimity, and I believe same to be true. I do have a high endurance of pain or hardship with no complain or display of my feelings. I even tolerate foolishness and idiocy with a smile, albeit a wry one. But one thing I have zero tolerance for is tribal bigotry. I’m sure Abusuapanin and other members of the family also do not entertain tribal bigots because of the danger they pose to society.

Many of us have read or heard about the Rwandan genocide, which was sparked off by the inciteful commentary of a tribal bigot. But it was the film “Hotel Rwanda” that gave me a better insight into how pain, suffering, fear, intimidation and death confronted the poor victims of the genocide. Decades on, many still struggle to heal broken bodies and traumatized psyches. Not forgetting the devastating effects on the numerous orphans created by the genocide.

It is the reason I was shocked to the bone when I heard Mr. Violent-Kisser on tape engage in tribal bigotry. “How could he do that?” I soliloquized.

It all started when Kwame Dapaah, host of ‘Morning Bell’ on Kingdom FM in Cape Coast, called Mr. Violent-Kisser somewhere last week to pick his views on progress made so far between Executives of the University Teachers Association (UTAG) and the National Labour Commission (NLC) on how to end the UTAG strike. Even before the host could finish asking his question, the visibly peeved UTAG spokesperson cut in and asked why the host was speaking Asante Twi in Fanteland. No amount of explanation from the host could convince Mr. Violent-Kisser to grant the said interview. He maintained his stance and concluded with the clichè, “When you go to Rome, do as the Romans do.”

Going by his own warped analogy, why doesn’t Mr. Violent-Kisser speak Ga when being interviewed on radio or television on Galand? Why is he not doing as the Ga people do since he is on Galand?

I’m not against Mr. Violent-Kisser being proud of his tribe. It is his right to love and be proud of his heritage. But to be intolerant of people from other tribes and insist on his dialect being the only medium of communication on radio in Fanteland is nothing short of tribal bigotry.

What encourages tribal tolerance more than tribal diversity on radio and tribal intermarriage? In any case, who told Mr. Violent-Kisser that all the people who listen to radio in Fanteland speak and understand Fante?

Abusuapanin, seeing two people from different ethnic background come together as a couple is always a great sight to behold. I have a Dagomba wife despite having Kotokoli and Gonja heritage. My family and I now understand her heritage as much as her family does mine, thus promoting tribal diversity.

Mr. Violent-Kisser is very learned and ought to know better. His expertise in International Relations should teach him that such utterances are a great recipe for disunity and chaos in a society with many gullible people.

He should bow down his head in shame for promoting disunity, but I doubt if he would do so. Having expressed no remorse after being caught on video promoting ‘violence’ in the art of kissing, I doubt if he has any shame left in him anymore.

I’m extremely shocked at the deafening silence of the mainstream media over Mr. Violent-Kisser’s reckless claim. I can only imagine the noise on the airwaves if Ken Agyapong or anyone from the Elephant family had engaged in such tribal bigotry. Anti-government propaganda would surely be the order of the day.

Mr. Violent-Kisser must be told the obvious truth: Ours is a unitary state, which all must try to keep. We are a people of diverse tribes, regions and religions but have always strived to tolerate and understand one another. We shall not tolerate tribal bigotry from anyone, not even from professors who practise violent kissing.

13 Nigerians who engaged Police in gun battle at Weija reman...
37 minutes ago