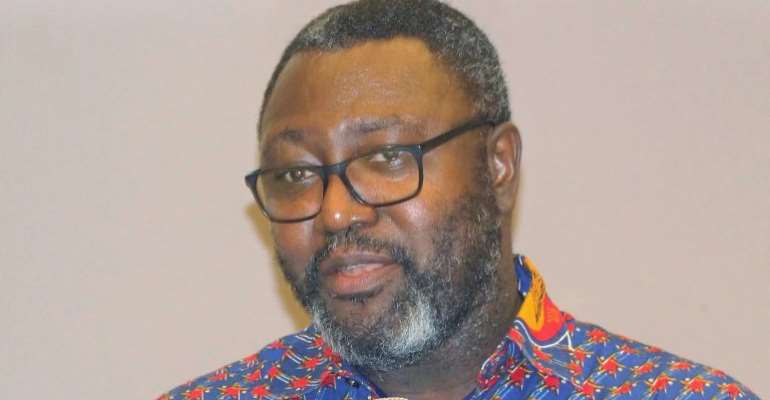 The National Cathedral Secretariat has clarified that the appeal for funds towards the construction of the project is not an initiative of government.

The government has come under strict criticisms after the Finance Minister during the presentation of the mid-year budget review appealed for a GHS100 monthly donation from Ghanaians towards the construction of the project.

However, Chief Executive Officer of the Secretariat, Dr. Paul Opoku- Mensah in an interview with Citi News, said the initiative which will be launched on August 12, 2021, is only to promote the collective ownership of the cathedral.

“So far, we have exclusively focused on the major donors while the churches as institutions and some individuals say, they are happy to give as much as between GHS 5,000 and GHS 100,000. But there are those who tell us that they are happy to give but how do they contribute because they do not have that huge amount. So one of those donors said the Secretariat should do something so that those with any amount can also give to the National Cathedral construction and that is when the proposal of this GHS100 club was launched to ensure that as many Ghanaians as possible are given the opportunity to write their names in the history of the Cathedral.”

“So really, this is not a government initiative. It was an update of the fundraising we said was going to happen, and it is not only happening, but it has become this creative process where new initiatives are introduced”, he explained.

The GHS100 a month initiative also dubbed “Ketoa Biaa Nsua” will be launched by the trustees of the National Cathedral in August 2021.

The aim of the club is to raise one million Ghanaians who would give the amount.

Already a special shortcode ; *979# has been developed for this purpose to enable people to contribute towards the construction.

Even before the National Cathedral project is completed, the Finance Minister, Ken Ofori-Atta, has announced a date for the commissioning.

He says the Cathedral would be officially opened on March 6, 2024 , upon completion.

The $100-million inter-denominational cathedral will have an auditorium capable of seating 5,000 people, as well as chapels and a baptistery.

The site will also house a music school, an art gallery, and a museum dedicated to the Bible.

The work on the cathedral picked up in earnest in January 2020, with a fence wall bearing an artistic impression of the cathedral erected around the perimeter of the site.

A foundation stone signifying the commencement of construction work was laid on March 5, last year.

Work was steadily picking up until the outbreak of the COVID-19, as a result of which work had to be put on hold.