On LGBTQ+ Bill: If their acts don’t constitute inalienable human rights, what are they? 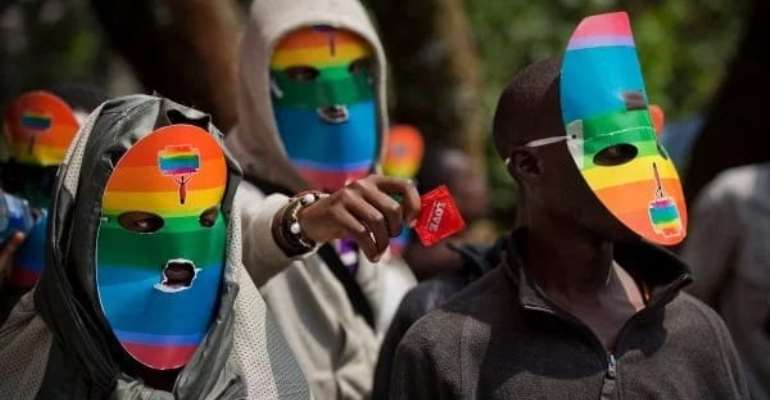 The crucial question we should be asking however is: is the proposed LGBTQ+ Bill being sponsored by some eight Members of Parliament with a view to prohibiting all practices of LGBTQI+ humane and rational in the 21st century?

What are Human Rights?
Rene Cassin, one of the principal drafters of the universal declaration of Human Rights, adopted by the General Assembly in 1948, subsumed the main tenets of human rights by juxtaposing them with the portico of a temple.

Drawing on the battle cry of the French revolution, Cassin identified the four pillars of the declaration as: ‘dignity, liberty, equality, and brotherhood’ (Ishay 2004).

The 27 articles of the declaration were divided among these four pillars. The pillar underpinned the roof of the portico (articles 28–30) which stipulated the conditions in which the rights of individuals could be realized within society and the state.

The first pillar covered in the first two articles of the declaration stands for human dignity shared by all individuals regardless of their religion, creed, ethnicity, religion, or sex. The second, specified in articles 3–19 of the declaration, invokes the first generation of civil liberties and other liberal rights fought for during the Enlightenment. The third, detailed in articles 20–26, addresses the second generation of rights, i.e. those related to political, social and economic equity championed during the industrial revolution. The fourth (articles 27–28) focuses on the third generation of rights associated with communal and national solidarity, as advocated during the late 19th century and early 20th century and throughout the postcolonial era (Ishay 2004).

Based on the preceding explications, we can draw an adverse inference that human rights are the basic rights and freedoms that belong to every person in the world, from birth until death.

Basic human rights are based on values like dignity, fairness, equality, respect and independence.

Suffice it to stress that human rights are not just abstract concepts – they are defined and protected by national and international laws (EHRC).

Apparently, a rich body of extant human rights literature attributes the emergence of the human rights regime to the past uncontrolled human rights abuses (Waltz, 2001; Kabasakal, 2006).

It must however be noted that upon a concerted consensus in 1945, the United Nations adopted its Charter (UN 1945). The Charter stresses that the principal purpose of the United Nations is “to save succeeding generations from the scourge of war”, and “to reaffirm faith in fundamental human rights.”

Article 1 of the Charter stresses that one of the objectives of the United Nations is to achieve international consensus in “promoting and encouraging respect for human rights and fundamental freedoms for all members of the human family without distinction as to race, sex, language or religion.”

In its attempt to promote and encourage the universality of human rights, the United Nations General Assembly duly tasked the Human Rights Commission to draft the Universal Declaration of Human Rights, which was adopted in 1948 (Un 1948).

The Universal Declaration of Human Rights acknowledges that all human beings are born free and equal in dignity and rights. And more so, since such rights are interdependent, interrelated, universal and indivisible, one would expect universal coverage of human rights.

However, it does not appear to be the case. Indeed, the human rights of lesbian, gay, bisexual and transgender people are somehow non-existent in most countries (UN 2011).

Ironically, though, the legal obligations of States to protect the human rights of lesbian, gay, bisexual and transgender people are already detailed in international human rights laws, which have been articulated severally in the Universal Declaration of Human Rights and other internationally agreed human rights treaties.

Take, for example, Articles 2.1 and 26 of the International Covenant on Civil and Political Rights stress on universal coverage without discrimination. And, Article 17.1 emphasises that “no one shall be subjected to arbitrary or unlawful interference with his privacy, family, home, or correspondence, or to unlawful attacks on his honour and reputation’.

Whereas Article 17.2 stresses that ‘everyone has the right to the protection of the law against such interference or attacks” (UN 1966).

In sum, even though Ghana’s Constitution frowns on the praxes of ‘gayism and lesbianism’, Ghana has indirectly sanctioned the practice of gayism and lesbianism by virtue of ratifying several international human rights laws and therefore the proposed LGBTQ+ Bill may well be a nonstarter.

MMDCE appointments shouldn't be seen as job for the boys' - ...
22 minutes ago