Anti-LGBT bill: Must you police two consenting adults and what they do in their bedroom? — Humanist Association 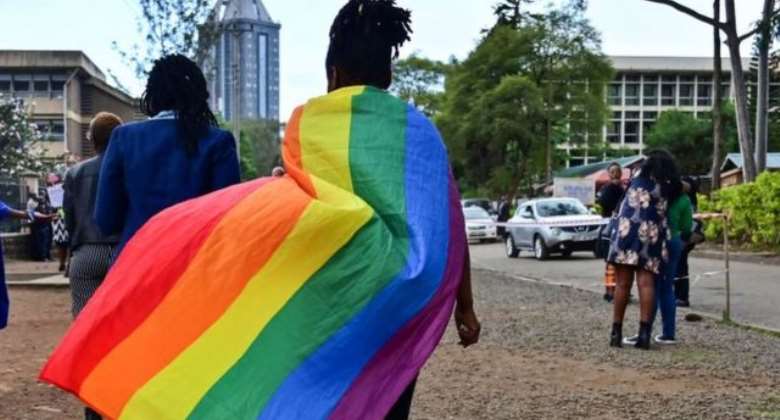 The Humanist Association of Ghana has asked for the withdrawal of the bill seeking to criminalise LGBTQI+ sexuality and its advocacy in the country.

It says the bill is dangerous and embarrassing to members identified with LGBTQ+.

"I don’t see any part of the bill that could be amended that could help the LGBT community in any way.

It covers any person who “holds out as a lesbian, a gay, a transgender, a transsexual, a queer, a pansexual, an ally, a non-binary or any other sexual or gender identity that is contrary to the binary categories of male and female.”

Reacting to the content of the bill on Talk of the Nation on Class91.3FM on Monday, 26 July 2021, the Organising Secretary of The Humanist Association of Ghana, Ms Angela Adatsi, said the bill is an embarrassment to the country and a danger to free speech.

She told show host Ewura Adams Karim that a "few days after I read the bill, I was in shock and I needed a few days to actually sit down and gather my thought about the whole bill because it is embarrassing".

“The entire bill is absolutely embarrassing that I feel embarrassed for the politician or MPs whose names are under that bill…the amount of embarrassment these lawmakers have brought to the country, I was in shock because not only does this bill criminalise advocacy or all members of the LGBT [community] but even against heterosexuals as well. You can’t even use sex toys when you’re having sex. It even criminalises free speech, which is a problem if you’re trying to build a democracy. This is a serious embarrassment for our country and for our democracy as well.”

She noted that as humanists, they have a responsibility to support the LGBT community and ensure that “we advocate" their concerns "so that their plight will be heard".

"This bill seeks to criminalise all efforts by allies to support members of the community to actually talk and educate the public, so, this bill is really dangerous in every aspect and every capacity”.

Asked if the humanists will make any input into the bill for consideration, Ms Adatsi said: “I think the bill should be thrown out".

MoMo transaction value for April declines by GH₵2.8billion
12 minutes ago