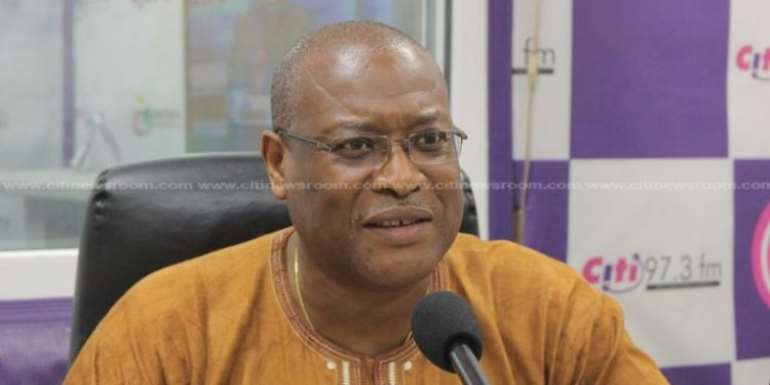 According to him, the Minister did not have the right to side-step due procedure in the procurement process of the vaccine, even in an emergency situation.

Speaking on Eyewitness News, he said, although the COVID-19 outbreak presented a situation that required that the government urgently secures vaccines to vaccinate the population, the sector minister should have sought audience with President Akufo-Addo or the government's COVID-19 team for advice before initiating moves to procure the Sputnik V vaccine.

He added that “we empathize with him on everything that has gone on, but does that give you the right to breach all processes and procedures when you have a process that should have allowed it to become a collective decision as against and individual decision?” he quizzed.

Answering questions from a bi-partisan parliamentary committee set up to probe the controversial Sputnik V vaccine procurement through a middleman, Sheikh Al-Maktoum, the Minister of Health said the urgent and critical nature of the circumstances at the time, did not permit him to use the right channels.

“I relied on the Executive Instrument 61 which was passed by Parliament to hide behind the emergency clauses that had been invoked to try to see that if I could do that [procure the vaccines], and later inform Parliament that this is what I had done, and I needed regularization…I was seriously in a situation that could not make me think properly,” he said.

But according to his predecessor, Alex Segbefia, the Minister's action implies that he has assumed full responsibility for the decision.

“From the answers that I heard him give for instance that he wasn't himself, it is almost as if he took the whole burden on himself without even thinking of his cabinet colleagues, his advisors and even the COVID team.”

He chided the Minister over his claim that he relied on the COVID-19 emergency law to initiate the transaction.

“Because of those emergency powers, any Minister can act anyway, the way they like without prior approval either from the presidency, cabinet, or parliament? I do not believe that is the way it works,” he noted.

Mr. Alex Segbefia said the Attorney General will need to assess the facts of the issue and look at precedents to take a decision on possible prosecution.

Some Ghanaians have called for the resignation of the Health Minister over his handling of the matter.