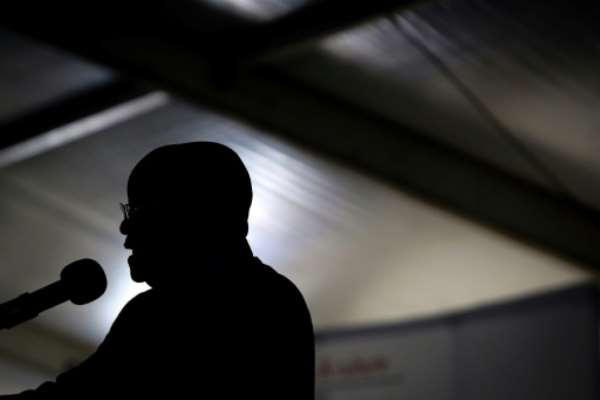 What is happening in South Africa is extremely worrying.

Close to 250 people have been killed in disturbances that have occurred since the former President, Jacob Zuma, began serving a 15-month sentence imposed on him for contempt of court.

The contempt conviction arose out of Zuma's refusal to testify before a judicial Commission that is probing corruption under his rule.

Zuma is accused of using his positions in the South African Government, both as President and even when he was Deputy President, to facilitate the award of corrupt contracts to foreign companies, and benefiting financially from the proceeds.

One major contract enabled a French company to sell arms worth hundreds of millions of dollars, to the South African armed forces.

Another, it is alleged, allowed an Indian entrepreneur and called Gupta and his group of companies, to take over the assets – some quite large – of state-owned South African companies. Money was then siphoned from the newly acquired “Gupta funds” to Zuma and his circle.

The allegations against Zuma have been so damaging that it was expected that the former President would be the first person to take the opportunity of the setting up of an official enquiry, to clear his name. At least, at a public enquiry, he would be able to state his version of events and be cross-examined.

But Zuma rather chose to try and frustrate the enquiry and kill it. His legal team used all manner of legal devices to prevent him being questioned about the allegations.

Finally, though, they ran out of road: all his attempts to avoid testifying were thrown out by the judiciary and he was left with a stark choice: whether to obey a legal summons to testify, or not. He chose to disobey a judicial order. And he was convicted of contempt of court and sentenced to 15 months imprisonment.

The former President's sentence was the inevitable outcome of the failure of a plethora of legal manoeuvres embarked on by his legal team, all of which were due to fail. For the issue was a stark one: the rule of law provides that all are equal before the law. Yes, Zuma had occupied the highest office in the land. But that does not make him an exception.

If he acted as if he was, (by refusing to obey a summons to testify before a lawfully constituted judicial commission) then the commission had no option but to exercise its power to punish him for contempt. Hence the 15 months imprisonment it had imposed on Zuma.

Zuma still thought he had not exhausted the legal processes available to him but he was wrong. He was told that he would have to go to jail even though he was awaiting the outcome of new appeals he had filed. He would be arrested if he did not hand himself in to the police. In the end, he gave himself up. He went to jail.

But, apparently, he had an alternative strategy that rested on two legs: (1) his people of Kwazulu-Natal would be incited to see the “general campaign” to make him face retribution for corruption, as an ethnic one and try to squash it; and (2) he would, simultaneously rally sections of the ruling African National Congress (ANC) to his side. He knew what buttons to press witrhin the ANC, having once been the organisation's chief of intelligence.

(See: Ramaphosa reveals that the violence was “pre-planned” https://www.bbc.com/news/world-africa-57863558

The ethnic card was the easiest for Zuma to utilise. Widespread looting and rioting have in fact occurred in several towns in Kwazulu-Natal, including the port city of Durban. Rioting has also occurred in parts of Gauteng Province, where a large Zulu population constitutes is part of the urban proletariat.

In addition to Ramaphosa's statement, the Thabo Mbeki Foundation has issued an analysis of the situation created by the riots, which dissects – in a manner characteristic of Mbeki's didactic mindset – the political dynamics behind the unrest and the dangerous situation it could sett in motion in South Africa.

Indeed, Zuma now appears to have stood the struggle against apartheid, of which he was a potent part, on its head. In other words, he is now using the politico/militaristic machinery created by the apartheid regime against the ANC, whereby the Kwazulu-Natal-based Inkatha Freedom Party fought on the side of the apartheid-created “Third Force” against the ANC .

The only difference between the two situations is that is that now, part of the ANC machine is on Zuma's side, whilst the South African defence and intelligence machinery is – nominally at least – loyal to the ANC Government headed by President Cyril Ramaphosa.

If the allianceof forces that appears to be coalescing on Zuma's behalf does hold firm, then the tenuous threads that hold the South African statetogether, could face a serious threat created by internal fissures. If such a weakness becomes obvious, the right-wing whiteracist elements that have always been opposed to black majority rule, could launch a socio-military strike intended to win back power for the whites.

Opportunistic as they are, they could disguise their intentions and claim that authority in the country has “broken down” blah-blah-blah. Their main goal, however, would be to use the divisions within the black community to seize power and advance their ultimate goal of preventing black South Africans from attaining economic, as against the political power they now hold.

Important sectors of the South African economy – including the food supply industry and the small-trading concerns that serve the poorer sections of the populace, are among those that are currently being targeted by the looters. Is that an accident? Political observers might wonder at that.

It would be naïve, anyhow, to dismiss the possibility that the right-wing white elements do maintain contacts with the South African Defence Force (SADF), despite efforts by the ANC Government to transform the SADF's command structures.

The last thing South Africa needs, as it faces several crises (including how to defeat the Covid-19 pandemic and its variants) is a free-for-all struggle for power that could degenerate into anarchy.

What is to be done? Zuma and his allies can be expected to be short-sighted enough, politically, to stoke the disintegrative fires that the situation has lit and which will no doubt consume them, as well as their “enemies”, were it to become a massive conflagration.

Zuma has, in fact, somehwat betrayed his hand by citing, in a further plea, the current unrest as one of the reasons why he should not be made to testify in the corruption enquiry. He also mentioned the Covid-19 situation.

Maybe, the current South African leaders ought to be clever enough to examine the possibility that they should not allow Zuma, who is 78 years of age, after all, to wreck the entire South African project by stirring so many of the project's weak constituents.

One possible solution could involve this scenario: the ANC's political heavyweights advise Zuma to accept whatever punishment the judiciary can hand down to him. But President Cyril Ramaphosa then proceeds to “quash” these sentences by granting a “presidential pardon” to Zuma!

It may be worth considering as an alternative to – potential civil war. Certainly, South Africa owes it to the rest of the world NOT to unleash a “Second Era of Bloodshed” on the African continent.