Is Mahama taking a cue to refund his wife’s allowances since 2009? 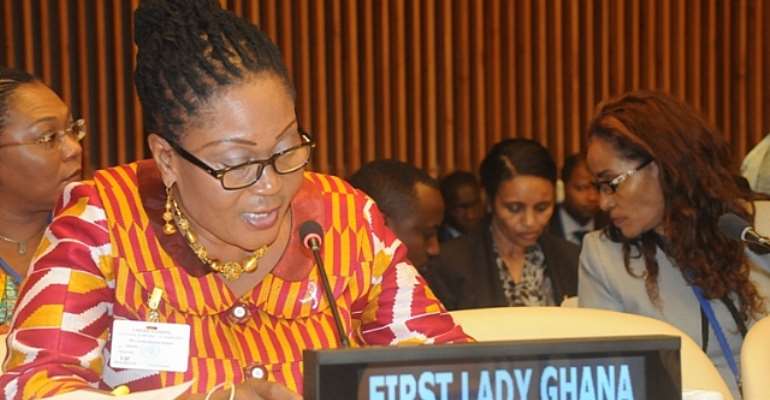 Some of us have been reading with utter admiration the First Lady, Mrs Rebecca Akufo-Addo’s gracious decision to refund all allowances paid to her since January 2017.

According to the statement released on Monday 12th July 2021, the benevolent First Lady, Mrs Rebecca Akufo-Addo is duly refunding an amount of H¢899,097.84 to the state.

Obviously, the avalanche of insinuations and aspersions being directed at her by a section of Ghanaians following the Professor Yaa Ntiamoah-Baidu’s Committee’s recommendation to formalise the allowances of spouses of presidents and vice presidents necessitated the First Lady’s admirable decision.

It is worth mentioning that the Government of Ghana, without any liability or legal obligation decided in 2001 to hand out allowances to the spouses of presidents and vice presidents.

It was in that light that all the Committees constituted since 1993 to recommend the Article 71 office holders emoluments have asked the various governments to formalise the furtive payments to the spouses of presidents and vice presidents.

Apparently, the Article 71 office holders emoluments are drawn on the Consolidated Fund on recommendations of a committee set up by the sitting president acting in accordance with the advice of the Council of State (Ghana 1992).

It was against that backdrop that President Akufo-Addo dutifully constituted a Committee in 2019 to deliberate and propose increments of the Article 71 office holders emoluments to reflect the existing inflation.

The Committee chaired by Professor Yaa Ntiamoah Baidu recommended that the furtive payments being made to the spouses of presidents and vice presidents be regularised.

As it was expected, the seeming unfamiliar recommendation generated public discourse amid needless insinuations and aspersions.

It is therefore not the least surprising that the First Lady, Mrs Rebecca Akufo-Addo has taken a conscious and estimable decision to refund all the allowances paid her since January 2017.

Of course, it is quite legitimate for anyone to contend that the spouses of the presidents and vice presidents are not Article 71 office holders as prescribes by the 1992 Constitution and therefore do not deserve any salaries.

Nevertheless, in my view, the consideration should be giving to the spouses of the deceased presidents and vice presidents.

Credible sources have it that the wife of the living President Mahama, Lordina Mahama, has been receiving allowances since 2009 (approximately 140 months).

Clearly, a wealthy living President Mahama’s spouse does not need such largesse from the nation.

In sum, Madam Rebecca Akufo-Addo has shown her patriotism, so let Mrs Lordina Mahama take a cue and refund all the allowances she has received since January 2009.