Geoffrey Bing, Ghana’s Former Attorney- General who was Detained and Deported in 1966 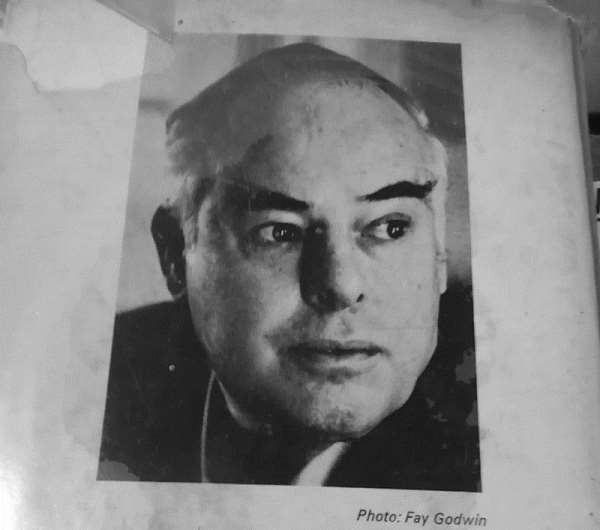 Geoffrey Henry Cecil Bing was a British Politician, Historian and a Lawyer born on 24th July 1909 and he died on 24th April 1977. From 1945 to 1955 (10 years), Geoffrey Bing was the Labour Party’s Member of Parliament for Hornchurch, East London. After serving as a Member of the British Parliament, Bing came to Ghana in 1955, two years before Ghana became politically independent on 6th March 1957.

When Ghana became independent, Geoffrey Bing was appointed the country’s first Attorney-General and he served under President Kwame Nkrumah. Coincidentally, Bing and Nkrumah had certain things in common from life to death. Both of them were born in 1909. Whereas Bing was born on 24th July that year, Nkrumah was born on 21st September the same year so Bing was about 2 months older than Nkrumah. Again, both personalities died in the 1970s in the month of April (Nkrumah died on 27th April 1972 and Bing died on 24th April, 1977). Bing was 68 years old when he died while Nkrumah died at age 63. They both died in the 1970s when they were sexagenarians (they were in their 60s of age). Indeed, everything that lives must die, passing through nature to eternity (William Shakespeare) and there is time for everything under the sun (Bible).

As the Attorney- General, Bing was “responsible for the initiation, conduct and discontinuance of civil proceedings by the Republic and prosecutions for criminal offences, and for the defence of civil proceedings brought against the Republic”[1960 Constitution, Article 47 (2)]. Effectively therefore, Bing was the Nkrumah Administration’s legal advisor and he was instrumental in framing the First Republican Constitution, 1960.

In his 1968 book entitled Reap the Whirlwind: An Account of Kwame Nkrumah’s Ghana from 1950 to 1966, Geoffrey Bing asserted that his appointment as Ghana’s first Attorney-General was based on his requisite honours degree in history and his seniority in call to the English Bar and his earlier appointment as the Queen’s Council in England. He was called to the English Bar in 1934. By this, he sought to say that his appointment as Ghana’s Attorney –General was on merit and that his closeness to Nkrumah was immaterial in this regard. Bing competed for the Attorney-General position with a Judge in the British Colonial Office at the time.

Even though Bing was the Attorney-General in the Nkrumah Administration, he claimed he opposed to the enactment of the Preventive Detention Act of 1958 (No. 17). He said, “My argument against the Act (PDA) for which I had some support in the Cabinet had no effect on the majority of its members or on Dr. Nkrumah who supported the idea from the start” (Bing, 1968). According to Geoffrey Bing, the then Minister of Information, Kofi Baako (father of Abdul Malik Kweku Baako Jnr.) also opposed to the introduction of the PDA. However, majority of Cabinet Members including Nkrumah himself supported the PDA Bill.

It was on record that James McCabe who was a Southern Irish Catholic and the Head of Ghana’s Special Branch of the Police Service also supported the enactment of the PDA because he experienced a similar law in his country (Ireland) immediately after the First World War (Bing, 1968).

The PDA was a disputatious piece of legislation the Nkrumah Administration enacted on 18th July 1958 primarily to detain for five years without trial, people whose deeds were deemed prejudicial to the security of state. Even though some members of the ruling Convention People’s Party (CPP) were also detained under the PDA, most of the detainees were Nkrumah’s political opponents who were said to be the masterminds behind the numerous failed assassination attacks on Nkrumah and other troubles being fomented in Ghana.

It was the enforcement of the PDA that led to the seminal case in Ghana’s jurisprudence referred to as In re Akoto, in which J.B. Danquah was the Legal Counsel for Baffour Osei Akoto and 7 other detainees under the PDA who filed for Habeas Corpus but were denied by both the High and the Supreme Courts. This was in 1961 case (Akoto and 7 Others, [1961] GLR 523). Much later, J.B. himself was detained under the PDA based on the allegation that he was the mastermind behind Police Constable Seth Nicholas Kwame Ametewee’s January 1964 gunshots fired at President Nkrumah and accidentally killing Salifu Dagarti, Nkrumah’s ADC. J.B. Danquah died in Prison in February 1965 as a result of his detention under the PDA while Ametwee was tried, found guilty of murder and sentenced to death.

Paradoxically, Geoffrey Bing claimed in his 1968 book (Reap the whirlwind) that he opposed to the passage of the PDA, but he defended the Government in the Akoto trial and objected to the 7 crucial points J.B. Danquah advanced in court in defence of his clients. Among six other points, J.B. Danquah told the Supreme Court, “The Preventive Detention Act not having been passed upon a declaration of emergency [but in peace time] is in violation of the Constitution of the Republic of Ghana” (J.B. Danquah). But Geoffrey Bing disagreed. Was Bing compelled by his position to defend the PDA in court? Was he a sycophant? Or he only made a mendacious assertion in his book that he kicked against the passage of the PDA. He went to court in 1961 to defend a law he claimed he did not support its passage in 1958.

Later in February 1966, the Nkrumah Administration was overthrown by the Military with support from the Police Commissioner at the time, J.K. Harley. Harley and his Deputy, A.K. Deku had earlier in 1960 wanted the C.P.P. government to extend the PDA to common hardened criminals. After the overthrow of the CPP Administration, the National Liberation Council (NLC) Military Regime imprisoned Nkrumah’s Attorney-General, Geoffrey Bing in 1966. In the course of his arrest, Bing said he was beaten badly in the courtyard of the Central Police Station. Much earlier, one Yaw Manu accused Geoffrey Bing of putting a drug in his (Yaw Manu’s) tea, which made Manu, confessed under duress that he was part of one of the numerous failed assassination attacks on President Nkrumah. Geoffrey Bing’s side of the story was that Manu rather approached him (Bing) to blow the whistle at a fee regarding those who attacked President Nkrumah. However, after interviewing Manu, Bing realised that Manu had no relevant information but just wanted to extort money from the Government.

Eventually, the NLC Administration deported Geoffrey Bing to Britain where he lived and watched the vicissitudes or should I say the interregnum of Ghana’s political governance from afar until he died on 24th April 1977.

In view of the foregoing Manu incident, when Geoffrey Bing was deported, a Columnist of the Ghanaian Times newspaper wrote, “Sorry, Geoffrey Bing, former legal adviser to the deposed President has been expelled from Ghana. I am not happy that he was not allowed to meet the press to tell the part he played in the last treason trial – administering dangerous drugs to some accused persons. If he made any statement to that effect, let it be published. For I learn the man to whom he gave the tea with drug is paralysed” (Bing, 1968: 372).

Regarding his own prison experience in Ghana, Geoffrey Bing wrote, “Prison life under any conditions, as is no doubt one of its objects, forces one to review, without illusion, one’s previous career and to examine with concern the mistakes one had made to bring oneself there” (Bing, 1968: 372).

Perhaps Bing’s assertion cited above and the ill-treatment the NLC gave him (Ghana’s first Attorney-General) and his subsequent deportation from Ghana should teach today’s politicians a lesson that the laws they make today and enforce them harshly against others may be enforced the same way against they the lawmakers in future.

Geoffrey Bing was the Attorney- General when the Nkrumah Administration passed the Deportation Act in 1957. Upon the strength of this law, persons’ whose presence in Ghana was deemed to pose threat to national security were expelled from the country. Perhaps the most famous and widely discussed deportee under the Deportation Act was a rich Hausa businessman by name Amadu Baba who was deported from Kumasi to Kano State in Nigeria. Little did Geoffrey Bing, Nkrumah’s first Attorney-General realise that he would be a victim of such an expulsion in future. At the end of it all, I think Geoffrey Bing himself reaped the whirlwind that blew within the politics of Nkrumah’s Ghana in the 1960s.

According to Bing (1968), the thinking in 1958 when the PDA Bill was being passed was that “If the Act was used at all, it would not be used against politicians in general and certainly not against Members of Parliament” (Bing, 1968). In Mathew 7:12 Jesus Christ said the Golden Rule says, “In everything, do to others what you would have them do to you, for this sums up the Law and the Prophets (Mathew 7: 12).