Ghana — a country with varying definition of illegality for political leadership 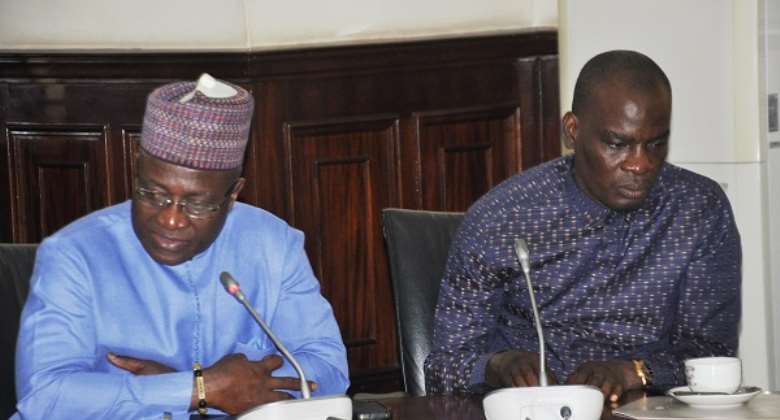 These days, people hardly agree to disagree, so they reject other’s views and beliefs often without even considering them. People reject others views immediately they realise that it is not coming from their political stock but rather the opposition or government.

Party members are made to understand that whatever is coming from the other side is a political propaganda and must be disputed with full force.

Party members are made to understand that whatever decision taken by their party or leader is sacrosanct and members must devise every means necessary to defend same.

Most party members hardly have a mind of their own. They defend the indefensible and complain bitterly in private. Their conscience are always attached to the belief that a counter opinion of theirs is a treasonable offence against the party and most importantly, they may be sidelined in the sharing of party booties.

So that is why you see personalities you revered in the political scene defending and comparing the killings of others in one regime to the other. Very shocking for such things to happen to the extent of comparing whose watch recorded higher number of killings.

That is why you see revered religious people in politics such as imams, pastors and ‘Alhajis’ justifying certain acts which they would have opposed when in opposition and defend in government.

Take most of our former leaders as a case study. They were giving orders, commands and won’t even have a second to listen to what the down management has to say whenever there is a mishap. Their orders are final, no mistakes and no complains. Even if you have a genuine cause to complain, no! But today, where are they?! They have moved from that position for others to replace them. Now, is your humility, honesty and uprightness that will make people still value you and grant you the same or even more respect as if you’re still in an active position of authority. As Jesus said many times throughout the gospels of Matthew, Mark, and Luke, “He who has ears, let him hear.”

My principle in life is to honestly report what I see and what I believe reasonably without being controlled by emotions. I have seen a lot of people having a political, ethnic, religious and social banter on issues that affect us as humans. In all those heated arguments, none of them seems to have attentive and critical thinking of the issues raised from the other side, simply because they do so with emotional vibrations. Each of them believe that there can be only one ‘correct’ opinion and that the so-called correct opinion is undoubtedly theirs because they must be right to put their party on good pages.

The feeling of being right all the time without taking a cursory look at what pertains to the other’s argument is a recipe for underdevelopment. Your opinion could be right but his/her could best fix the problem permanently. Note that having a cursory interpretation of someone’s opinion isn’t to say that you are considering it and abandoning yours.

What if upon careful interrogation, yours is unfit! Don’t be shy to admit your lapse(s) and applaud her/his. That is how we can develop in ideas and in practical terms.

We hardly understand one another when it comes to politics. Religious tolerance is somehow better. Tribal differences are manageable but politics is a no go area. Is either my party is right even if it is wrong or yours is lying.

I believe that we cannot make a good mark in this world without the help of other people, and caring for others and helping ourselves, and hoping someone is selfless and will help us too.

As humans, we need to treat one another based on a coherent ethics. These ethics should reflect how we want others to treat us- peacefully, voluntarily, consensually, win-win.

We can belong to the same ethics of fairness, harmonious living with others, truthfulness and seeing ourselves as children from One Creator with same blood and breathing same air. When we believe in these ethics as humans, it will shape our political, religious and ethnic discourse to a healthy one for development.

One day, when the transient nature of fame blows away and the lights go off, they may just wonder why they do not have a positive relationship with others. They have not made a meaningful impact on them.

For us to develop, we must be blooded with unconditional love for one another irrespective of our social status, colour, religion, tribe as well as political orientation.