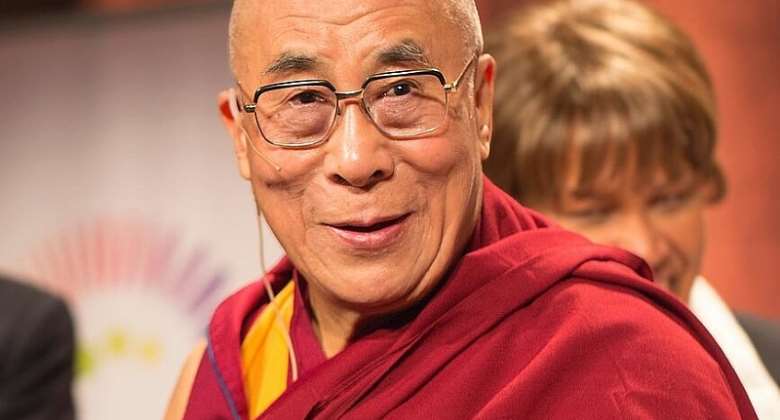 21 April 2021 - His Holiness the 14th Dalai Lama is one of 101 Nobel laureates across disciplines and geographies calling on world leaders to keep fossil fuels in the ground as a key test of a commitment to climate action. The call comes on the eve of the Leaders’ Climate Summit hosted by President Biden.

In the open letter, the Nobel laureates spotlight the climate crisis as the greatest moral issue of our time. They recognize that governments have been too slow to respond to the shared warnings by science and people-powered movements that urgent and cooperative international action is needed to keep fossil fuels in the ground and to avoid climate catastrophe.

“The Paris Agreement has no mention of oil, gas or coal. Meanwhile, the fossil fuel industry continues to plan new projects. Banks continue to fund new projects. According to the most recent United Nations Environment Programme report, 120% more coal, oil and gas will be produced by 2030 than is consistent with limiting warming to 1.5°C,” the letter states.

“Allowing the continued expansion of this industry is unconscionable. The fossil fuel system is global and requires a global solution – a solution the Leaders’ Climate Summit must work towards. And the first step is to keep fossil fuels in the ground.”

Climate inaction tops the World Economic Forum’s 2021 Global Risks Report as “an existential threat to humanity”. Fossil fuels are a big driver of the climate crisis and this level of threat requires global cooperation at a scale commensurate with previous global crises, be it nuclear weapon proliferation, ozone depletion or land mine threats.

Jody Williams, 1997 Nobel Peace laureate (USA) for her work to ban landmines : “More countries around the world are declaring climate change a national security issue. But we need to move away from this national security framework – meaning weapons and war – to a human security one where meeting the basic needs of people, including a healthy environment, are paramount. The impacts of climate change on communities, families and

individuals are far reaching. And with fossil fuels responsible for 80% of warming, governments need to be bold and stop fossil fuel expansion in the name of human security.”

Tzeporah Berman, Chair of the Fossil Fuel Non-Proliferation Treaty Initiative and International Program Director at Stand.earth said: “In this critical year for climate and with mounting pressure on governments to act quickly, we are thrilled to have Nobel laureates such as His Holiness the Dalai Lama, Tawakkol Karman and Juan Manuel Santos join this call to stop fossil fuel expansion. We already have more than enough fossil fuel in production to make the renewable transition, making expansion plans redundant and a hindrance to progress. With political attention to climate at its highest since the lead up to Paris, heads of state must use the Summit to put an international spotlight on the need to stop oil, gas and coal expansion.”

With 17 major economies responsible for 80% of global emissions and global GDP represented, the Leaders’ Climate Summit could be a critical milestone toward global cooperation between the Global North and Global South at COP26 as well as in the United States’ effort to reposition climate as core to its diplomacy. The letter from Nobel laureates outlines its call to world leaders to initiate a new chapter of international cooperation that would:

Muhammad Yunus, 2006 Nobel Peace laureate (Bangladesh) for his work on microcredit: “We are at a momentous juncture in time for a bold new world. Let’s take this opportunity to reshape a post-COVID-19 society and propel ourselves toward a fairer and greener future.

We can build a world where the poor will not continue to be overwhelmingly victimized by global warming. The technology exists, the desire from the people exists and the world waits on heads of state to act.”

Leymah Gbowee, 2011 Nobel Peace laureate (Liberia) for her work on women’s rights: “Peace is the existence of an environment where people thrive and have their needs met in the context of a healthy planet. In the midst of our climate crisis, this peace is at risk and it is the Global South - women in particular - that has felt the worst impacts. Now is the time for heads of state, across the globe, to come together in service of people and our planet, and use the Summit as a launching pad for a better, cleaner future.”

José Ramos-Horta, 1996 Nobel Peace laureate (East Timor) for his work on domestic conflict: “Let’s re-engage as a global community, a community motivated by the belief and conviction that the climate crisis can be solved. Failure is not an option. My home nation of East Timor, like so many others in the Global South, seeks collective engagement and support from the global community in a just transition away from fossil fuel production. We have a keen readiness to undertake this highly needed program of action.”

Shirin Ebadi, 2003 Nobel Peace laureate (Iran) for her work on human rights: “Human rights is a universal standard. So many of those rights - the right to good health, nutritious food and adequate livelihoods - are adversely impacted by climate change and make the already vulnerable even more so. In the face of climate change, the realization of these rights is the responsibility of every single nation. This is a global crisis that crosses borders, oceans and cultures, necessitating an immediate global response and a show of international solidarity.”

The letter to the heads of state was coordinated by the Fossil Fuel Non-Proliferation Treaty Initiative.

The Fossil Fuel Non-Proliferation Treaty Initiative is spurring international cooperation to end new development of fossil fuels, phase out existing production within the agreed climate limit of 1.5°C and develop plans to support workers, communities and countries dependent on fossil fuels to create secure and healthy livelihoods. Cities such as Vancouver and Barcelona have already endorsed the Treaty with more considering motions to endorse. Hundreds of organizations representing thousands more individuals have joined the call for world leaders to stop fossil fuel expansion. For more information on the Initiative, please visit the website, explore our Campaign Hub and view the introduction video.

Bawku Conflict : NMC cautions against "weaponization" of med...
31 minutes ago