How Our Society Was Preserved For Us To Inherit 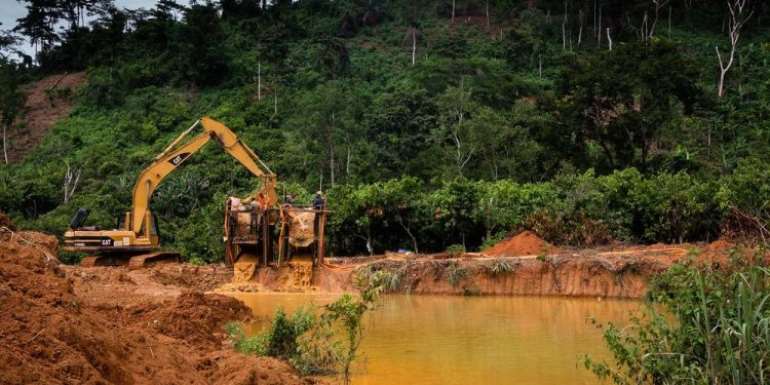 Our traditional society was organised in such a clever way that its survival was safeguarded by utilising, both the psychological power that society can wield over humans, and the deliberate, physical tutoring of humans, against the formidable obstacles thrown across their paths by Nature.

Our sages ensured that right from birth, a person was enveloped within a spiritual world that was indicated through the hearty welcoming of the baby as a former member of the family, once alive but who had been called back to the “Far Beyond” (in Twi Asamando).

The baby, it was presumed, had been “sent back” to his/her family, perhaps to “complete” the task an ancestor had started but had not finished.

So, a child was named after its mother's dead father or mother, or its father's dead mother or father. So long as there had been no blemish on their personal lives.

Next, names were appropriated from the baby's great-grandparents. After that, the names of ancestors from the larger clan, who had, during their lifetime, distinguished themselves and achieved social prominence.

Finally, as a special departure, great friends of the couple, who had departed this life, might have their names revived through the new arrival. In this category, anyone from the village or town, to whom recognition was due (say, for engaging in unusual humanitarian activity) might be selected as the donor of a name to a newborn baby.

The qualities are looked for in the lives of the departed people after whom it was proposed that a baby should be named were, of course, multifarious. However, personal honesty and integrity; industriousness; wisdom; and physical attractiveness, were among the virtues that most usually worked together to get a dead person's name revived by being given to a newborn child.

As the child grew up, its parents and extended family endeavoured to guide him/her towards the qualities of the person he/she was named after. A bad child would often be “called out” by the full name given to him/her. This would be a “coded” way of creating resentment by the child's relatives against it. Those who remembered with respect, the name now been bandied about in protest against bad behaviour, would regard it as a mistake that that particular child was named after their illustrious ancestor. If the child continued its waywardness, it could cause grief in the society to its natural parents. Certainly, if hatred and ridicule accompanied it through its life, the child would not end up well.

Now, it's is not only names (and the history accompanying them) that a child was made to respect while growing up. It would also be taught that certain physical objects in the community environment are not to be desecrated. These include rivers and streams; certain very old trees; and unusual landmarks such as hills, hillocks and valleys, and cemeteries..

Respect for rivers and streams is put above everything else. In the Akan areas of Ghana (and I am certain in some other areas as well) rivers and streams are deliberately given human names. In my town, Asiakwa, in the Eastern Region, for instance, the two main rivers that existed in my childhood (but both of which have now been tragically killed off by galamsey activity!) the bigger one, Supɔn, was called “Akwasi, while the second, smaller one, Twafoɔ, was called “Yaw”.

To enshrine its status as our sole means of “water insurance” (that is, in case the bigger Supɔn dried up during a drought) Twafoɔwas expected to possess powers that enabled it to “never dry up”! It was expected to but stay alive perpetually to give us water to drink! and therefore was provided with a special shrine, at which ceremonies took place during such festivals as Odwiraor Ohum.

This 'fetishization' of the river Twafo , if it can be called that, was the insurance "premium" that we paid to it.

It had its own venerated priestess, a short old lady who led festival processions, dressed all in white with white clay smeared over parts of her body, declaiming: Ggbooo-gboooo!...Gboooo-gboooo! (in imitation of the roaring of a river. ) She interspersed these onomatopoeic words with an unabashed series of self-acclamations:

Who chooses the dry season

In which to flood his banks!)

Flooding its banks in the dry season? It's an unforgettable image, isn't it? The poets who coined that appellation for the river were telling us, in no uncertain terms that they rated Its abilities to high heaven.

Now, our ancestors expected a child exposed to such ceremonies in its infancy to seamlessly absorb – both at the conscious and sub-conscious levels – the philosophical concepts in such poem-songs as those I've just quoted. And they were right, for, of course, I am reciting it all to you from memory acquired in my childhood. But, of course, as a human being, the eventual character of a child, no matter what pains are taken to educate itr, can never be foretold.

Indeed, even those Ghanaian reprobates who currently engage in destroying our sacred rivers through galamsey; these chameleons who secretly procure excavators and chanfangs to turn our rivers upside down, seeking gold from the riverbeds, do realise what taboos they are infringing. It's not for nothing that they have been fighting to get our government to sanitize their acitivities by agreeing to characterise their crime as “small-scale mining.”

Aaptopos of this statement, I am glad ro report trhat I watched the pained face of the First Deputy Speaker of the National Assembly, Mr Joe Osei-Owusu, as he asked (in his role as the chair of Parliament's Appointments Committee) of Mr Samuel Abu Jinapor (then prospective Minister of Lands and Natural Resources): “What is 'small-scale' about taking excavators to rivers and digging them up for gold”?

'Joe Wise' might well have also queried Mr Jinapor as follows: “How do 'small-scale miners' manage to drive changangs brought to them from China, pasat our POLICE ROADBLOCKS, Into our rivers and forests, to be used for refining gold from sand and pebbles dug up from the riverbeds by excavators?….

Or: “Wha is small-scale about galamseyers managing to import pump-action shotguns and/or AK47s, to give to their Chinese collaborators to stand guard against interference from villagers and townspeople, who want to stop their gold-digging in our remote areas? ....

And: “What is 'small-scale' about managing to organise 'Mafia-type' socio-political networks that are able to ensure that hirelings can drive excavators and chanfangs past police roadblocks. without being detained; and why do so many arrested excavators get given back to their owners, after being taken to police stations”?

Mr Jinapor may or may not have realised that the question 'Joe Wise' put to him at his vetting was a rhetorical one. He'd be wise, though, not to regard the opinions he heard at the National Dialogue on Small-scale Mining on 14-15 April 2021, as the idle murmurs of a nation easily swayed with words. The honest truth, which the Minister will soon discover, is that the Ghanaian people are now sick to death of hearing words that lead to no action. Words against a nefarious practice that everybody “condemns” with their lips – but which continues unabated!