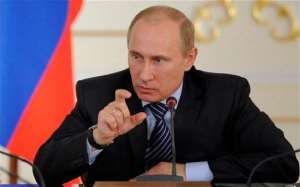 According to the Federal State Statistics Service, Russia's population currently stands at approximately 144 million, down from 148.3 million.

Experts at the Higher School of Economics believe that regulating the legal status of migrants, majority of them arriving from the Commonwealth of Independent States or the former Soviet republics could be useful or resourceful for developing the economy, especially on various infrastructure projects planned for country. These huge human resources could be used in the vast agricultural fields to boost domestic agricultural production. On the contrary, the Federal Migration Service plans to deport all illegal migrants from Russia.

Within the long-term sustainable development program, Russia has multibillion dollar plans to address its infrastructure deficit especially in the provinces, and undertake megaprojects across its vast territory, and migrant labor could be useful here. The government can ensure that steady improvements are consistently made with the strategy of legalizing (regulating legal status) and redeploying the available foreign labor, majority from the former Soviet republics rather than deporting back to their countries of origin.

Moscow Mayor Sergei Sobyanin has been credited for transforming the city into a very neat and smart modern one, thanks partly to foreign labor - invaluable reliable asset - performing excellently in maintaining cleanliness and on the large-scale construction sites, and so also in various micro-regions on the edge or outskirts of Moscow.

With its accumulated experience, the Moscow City Hall has now started hosting the Smart Cities Moscow, international forum dedicated to the development of smart cities and for discussing about changes in development strategies, infrastructure challenges and adaptation of the urban environment to the realities of the new normal socity.

"I can only speak about the real state of affairs, which suggests that, in fact, we have very few migrants remaining over the past year. Actually, we have a severe dearth of these migrants to implement our ambitious plans," the Kremlin spokesman pointed out.

In particular, it concerns projects in agricultural and construction sectors. "We need to build more than we are building now. It should be more tangible, and this requires working hands. There is certainly a shortage in migrants. Now there are few of them due to the pandemic," Peskov said.

Early April, an official from the Russian Interior Ministry told TASS News Agency that the number of illegal migrants working in Russia decreased by 40% in 2020 if compared to the previous year. It also stated that 5.5 million foreign citizens were registered staying in Russia last year, while the average figure previously ranged between nine and eleven million.

On March 30, 2021, President Vladimir Putin chaired the tenth meeting of the Presidential Council for Interethnic Relations via videoconference, noted that tackling the tasks facing the country needs not only an effective economy but also competent management. For a huge multinational state such as Russia, it is fundamentally, and even crucially important, to ensure public solidarity and a feeling of involvement in the life, and responsibility for its present and future.

At this moment, over 80 percent of Russian citizens have a positive view on interethnic relations, and it is important in harmonizing interethnic relations in the country, Putin noted during the meeting, and added "Russia has a unique and original heritage of its peoples. It is part of our common wealth, it should be accessible to every resident of our country, every citizen, everyone who lives on this land. Of course, we will need to review the proposal to extend the terms for temporary stay of minors of foreign citizens in the Russian Federation."

President Vladimir Putin has already approved a list of instructions aimed at reforming the migration requirements and the institution of citizenship in Russia based on the proposals drafted by the working group for implementation of the State Migration Policy Concept of the Russian Federation for 2019-2025.

In addition, the president ordered the Government, the Interior and Foreign Ministries, the Federal Security Service (FSB), and the Justice Ministry alongside the Presidential Executive Office to make amendments to the plan of action for 2019-2021, aimed at implementing the State Migration Policy Concept of the Russian Federation for 2019-2025.