Nana Addo’s Position On LGBTQI In Ghana: A Mere Political Rhetoric Or A Serious National Stance? 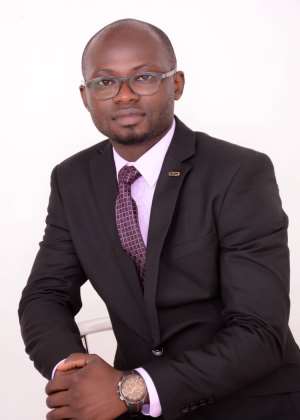 Whether LGBTQI should be legalised in Ghana is a debate that has taken the centre stage of public discourse in recent times. One will remember that all our Fourth Republican Presidents have had the occasion to state their views on this controversial issue. Even though they all of them seem (seemed) to consider the practice as objectionable, no national effort has been taken to statutorily criminalise it.

There is a short video going round on social media in which the President of the Republic is heard to have said same-sex marriage will certainly not be legalised or accepted in Ghana in his tenure as the President. Many people have applauded him for declaring his stance. Yes, the President has done well for breaking the silence on the issue. However, I observe, with much regret, that the President's stated position is ambiguous and gives only a short-term hope to Ghanaians, if at all, as far as LGBTQI issue is concerned. The President’s statement, properly and fairly analysed, means if LGBTQI will ever be legalised in Ghana, it will certainly not happen during the tenure of this government. What happens after his government? It must be understood that the fight against LGBTQI is a national fight against uncustomary unions and unacceptable sexual orientations, and not a political fight that must cease after the term of a particular government. Nana Addo’s supposed stance fails to indicate a definitive national stance. The President’s personal revulsion for same-sex marriage must necessarily translate into a firm national action on the subject.

The issue is not, and has never been, whether LGBTQI should be legalised in the short term or in the long term. The issue is whether Ghana will consider legalising or outlawing LGBTQI perpetually. Persons with legally trained minds know that our law fails to expressly outlaw same-sex marriage. Our law’s prohibition of unnatural carnal knowledge only faintly touches on the issue. Lesbianism does not fall under unnatural carnal knowledge. I submit that a more elaborate, deliberate and thoughtful legislative step is needed to tackle the issue.

It is a cardinal principle of criminal law that express and unambiguous words are required to create criminal offences. Criminal offences cannot be presumed nor assumed. Until an enactment is made to expressly criminalise LGBTQI, our loudest outrage against it will sooner or later deflate and lose it power. It is a cherished legal maxim that nullum poena sine lege, a Latin expression which postulates that a person cannot be punished for a criminal offence unless that offence is contained in a written law with the punishment for it prescribed. This principle is entrenched in Article 19(11) of the Constitution. Currently, no written law expressly criminalises LGBTQI. No amount of moral disapprobation of same-sex marriage, no matter how strong, is enough to condemn the act; a written legislation is required to specifically outlaw it.

LGBTQI is intended to create an institution of human relationship which will create legal status for its practitioners. Therefore, we cannot approach the issue with political antics and mere theatrical farce. Undoubtedly, Nana Addo's term as President constitutionally ends in January 2025. If the hope that his position offers is limited to his tenure, then one must fear what may happen after his term has expired. The statement fails to assure us that LGBTQI can never be accepted in Ghana in the future, beyond the tenure of this government. The President, as an individual, must have his personal opinions on same-sex marriage. Equally, he as President must have an opinion that represents the collective viewpoint of Ghanaians on the issue. As the President, Nana Addo embodies our hopes, aspirations, views and stance on every important national issue, including same-sex marriage. He mirrors our ideals and values. The President’s position on this controversial issue must communicate to the whole world that same-sex marriage is a travesty of our culture, an indictment on our national conscience and a major onslaught on our family system and values.

LGBTQI is a serious national issue, and I submit that our approach to tackle it cannot be limited to the tenure of this government. The government must create a legal regime to either outlaw or regulate the situation. If the President's stance is that of absolute rejection of same-sex marriage, he must state it clearly. He must give hope not only to us today, or in the next four years, but tomorrow and forever. Our civilization must not anticipate any form of equivocation on the legality of same-sex marriage.

Criminal law, like any other law, is not enacted in vacuum. Criminal law requires a valid criminal law policy. The criminal law is an expansive legal field that includes a legislative power to create new crimes to prohibit dangerous human conduct. Perhaps, time has now come for Ghana to consider enacting a SEXUAL OFFENCES ACT to consolidate all sexual offences and create new ones. Situations that have the effect of impairing national interests must be met with serious and coercive national efforts to abate them. The general ambit of legislative power under our Constitution extends to enactment of laws that are designed to promote public morality, peace, safety, order, health and other legitimate public purpose.

The criminal law must be able to respond to new and emerging patterns of human behaviour that threaten the foundation of our family system and fundamental values that underpin our society. When Covid 19 broke out, the government, seeing that it was a serious threat to the people, quickly enacted a law to control it. There are laws that prohibit and/or regulate narcotics, galamsey etc which are seen as threats to the general good of the country. LGBTQI is a standing peril to our national life. It represents a major moral flaw. It is cancerous and constitutes an onslaught on our cherished culture. No Ghanaian culture accepts any of the sexual orientations proposed by LGBTQI. This practice will be a serious blemish on our family system and values.

The traditional Ghanaian conception of marriage excludes all of the types of unions advocated by proponents of LGBTQI. Culturally, we define marriage as a union between a man and a woman (or women). Our understanding of marital unions has never included a thought that a man can lawfully be married to another man, or that a woman can marry another woman. Childbearing, child upbringing and the need for continuity of lineage and inheritance, are necessary incidents of marriage. The laws on marriage in Ghana consider marriage as a union between a man (as husband) and a woman (as wife). For instance, the Matrimonial Causes Act, 1971 (Act 367) makes express mention of “man and wife”, “husband and wife” etc. and all these connote the idea of a male and a female in a union. Under section 2(1)(d) of Act 367, one of the grounds for divorce is “that the parties to the marriage have not lived as man and wife for a continuous period of at least two years immediately preceding the presentation of the petition.” The expressions “man and wife” appears in sections 3, 4, 5, 7, 16, 41 of Act 367.

Similarly, the grounds for annulling a marriage under section 13 of Act 367 leaves no doubt that marriage is a union between a man and a woman. Under section 13(2)(a) of Act 367, a marriage may be annulled for want of consummation, which means the first penile penetration by the husband of the wife’s vagina. A marriage may also be annulled if at the time of the marriage the wife was pregnant by another man other than the husband (section 13(2)(c) of Act 367)). The use of “impotence” and “barrenness or sterility” as grounds for divorce under section 41(3) of Act 367 all implies that a marriage is understood as a union between a man and a woman. The idea of consummation, pregnancy, barrenness or sterility cannot arise in a same-sex union. The point must be made that Ghanaians are resolute as to what we consider to be acceptable marriage; marriage is a union between a man and a woman. Same-sex marriage is unknown to our customary and legal conception of marriage.

LGBTQI is not supported by any of our traditional religious belief systems. Christianity frowns upon LGBTQI as a detestable abomination. The Islamic faith condemns it and our traditional faith abhors it. Let no one feel ashamed to publicly condemn this evil manifestation of error in human civilisation. LGBTQI is a retrograde degeneration of our family system, values and culture. As a people, our civilisation must be shaped by our moral values, beliefs and ideals. Our culture must also take part in shaping our civilisation. A wholesale importation of foreign culture into our system, without question, will ruin our people and reverse our national successes. The issues involved in LGBTQI are bigger, and their ramifications wider, than we think they really are. The government cannot verbally declare our rejection of the LGBTQI only within the next four years. Without a law backing the President's resolution, it remains a mere political rhetoric. Let's not be deceived. The government has the power to prohibit these dangerous sexual orientations. This can only be done through a legislation. Let Parliament act now. Assuredly, the biggest legacy Nana Addo can bequeath to Ghanaians will be the outright criminalization of LGBTQI. The President should not miss this golden opportunity. The government has the power to outlaw LGBTQI. The time is now.

I'm grateful to be named by Forbes as African of the Year — ...
8 minutes ago

Covid-19: We oppose singling out African countries for trave...
8 minutes ago