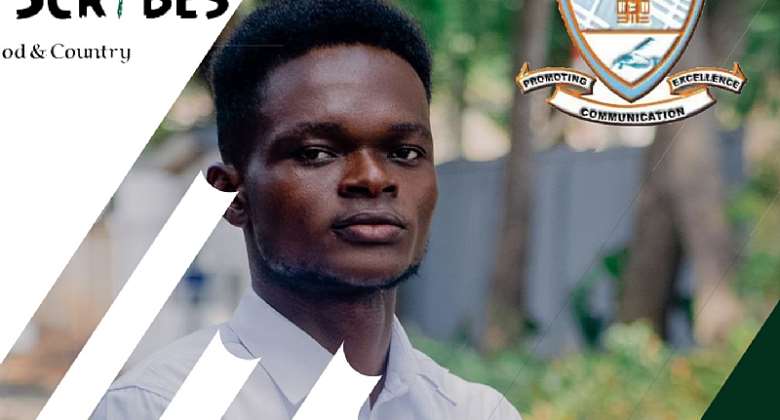 How does lesbian, gay, bisexual, transgender, queer or questioning and intersex (LGBTQI) contribute to the development of Ghana? Is two men or two women in intimacy a tool for development? The issue of legalising LGBTQI in Ghana has sparked some controversies among the general public with majority condemning the activities of these group which seeks to establish an office here in Ghana.

Truly, homosexuality is not a new phenomenon even in Africa. It has existed since the early days of history, at least the story of the biblical Sodom and Gomorrah so tells us. But it was also known as a pervert behaviour, until the 1960’s and 70’s when the political activity of the gays in America forced the scientific community to accept it as ‘normal’ without any scientific evidence.

There is nothing scientific about gayism. The Human Genome Project has sufficiently debunked the misconception of the ‘gay gene’ when it failed to identify any gene for homosexuality so we now know that it is not true that some people are born with the gene. Admittedly some females have a high level of male hormones and vice versa, that is not the same as having gay gene. That situation of opposite hormones should only be considered as an anomaly worthy of diagnosis and treatment, just as we consider it as an error in nature for somebody to be born with both sexes (hermaphrodite) and will want to correct it.

Thus, imagine if we are to give that same sex pollination to all plants, animals and birds that want to do the same sex thing on the insane side we shall have a lot of food to eat because there will not be cereals, roots, meat and nuts for us to eat. When there is nothing for us to eat, clothe and protect ourselves from the elements of nature I am of the view that we shall call for the culling of man himself. And this will by then, be in the era of no birth because men are marrying men and women are marrying women, and as a result there is no population increase.

I cannot imagine when the homosexual animal or plant both male and female produce only male sperm, thus there are no eggs to fertilize. Whenever a mammal is born it looks for its mother's breast with its mouth. Naturally, birds do not have breast and therefore milk, so by nature they look for food and eat on the ground or are fed the same by their parents, with what they eat biologically and are registered and fixed by instinct.

Man does not do things in accordance with his biological definiteness. But since man is a biological animal, it feeds itself through the mouth and not the nose, just like all animals do. It has a digestive system just like any other animal and pass whatever is digested though the anus. Both male and female animals have their sex organ and urinal organ coming into the same opening. In spite of that, sexual intercourse is through the sex organ and not the urinal.

Animals do not pass food through their nose, even birds that dive to catch their food deep in water. Homosexuality is anti-natural and has no logical explanation, because whenever doctors want to give us energy without us eating food, they do not pass food through our veins but liquids that will not block our veins and other organs. Thus, if homosexuality is not only two men admiring each other, but to have sex through their anus, then, it is not only absurd, but murder!

In the midst of this national furore, are we going to end inconclusively and leave the discussion hanging? Because these are ideologies of men to destroy our holy land. Ghana is certainly no paragon of virtues but we can lead the moral crusade against homosexuality and not import foreign degenerate morality.

Ghana is a secular country made up of Christians, Muslims and traditional believers. None of these sects accept lesbianism and gayism. And as a President once the people you rule abhor these things, equally you cannot accept these cultures on the grounds of human rights. I think that the President should be a strong leader with character and readiness to protect and defend the sanctity of his country. Irrespective of our challenges, our nation remains paramount against any other foreign aim.

Ghanaians must rise up to resist this with all our might. It is time yet again, to see our Civil Society groups, Pastors, Imams, etc to tune high their microphones to speak against this naturally and logically wicked agenda.

Every right thinking Ghanaian should rethink that even in the animal kingdom opposite sex feeling is what is embraced. What kind of feelings do they (LGBTQI) need? Does two vibrant women or men kissing publicly add value to our lives?