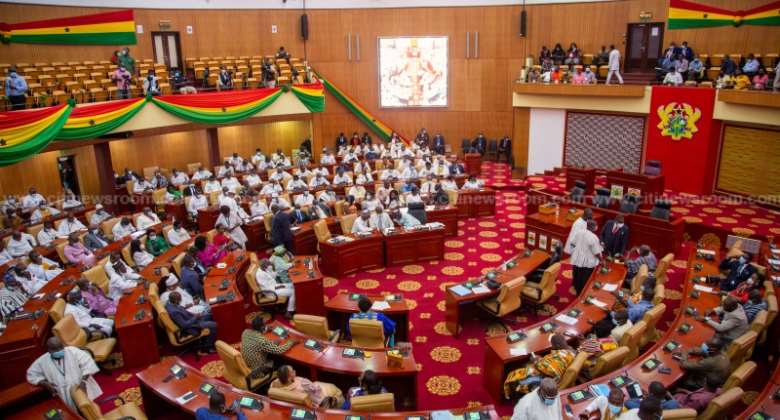 Unfortunately, we live in a country where almost every issue is refracted with partisan lenses, except maybe the air we breathe. Everything is NPP or NDC, to the extent that our development needs is associated with partisan gymnastics. In the wake of political and economic tension, where some unhappy Ghanaians are venting their spleens over what many describe as a failure on the part of successive governments to improve the lives of the citizenry, some are also romancing partisanship.

Mostly made up of the youth, tens of thousands of posts have been made on social media highlighting some of these inadequacies. Despite efforts by government including the Nation Builders’ Corp (NABCO), National Youth Entrepreneurship and Innovation Plan (NEIP) and other commitments towards investing in the growing human capital, some Ghanaians say the impact is not felt on the ground.

What is more patriotic than pushing the government to make judicious use of the tax payers' money? Joining the fray as part of an effort to hold government accountable in the areas to safeguard the future of the citizenry is sign of holding government accountable. Every government is responsible and accountable to the people because development initiatives are executed and advanced with the tax payers’ money. It's not as though we are a charitable case, where they're using their monies to propel development and advancement. They are not Non - Governmental Organizations (NGOs) or Donors who are on philanthropic missions.

The country's current leadership "no dey see top". It's apparent. We shouldn't allow partisanship cloud common sense, our sense of reasoning and eyesight. What I'm emphasizing on is the mistake we always do; thus making the current shortfalls, a justification for errors committed in the past. We should lift the conversation beyond NDC and NPP. They both have drew the nation's clock of progress backwards in more ways than one.

As a youth political thinker and writer, I do not write for any political party and this article stinks no bias.

Before I continue, I’ve to make it known that I do not think that NPP or NDC should be in charge of this country - from my point of view, they are really just two rival gangs that deal in contracts who have risen to the top of our country and, seemingly, cannot be stopped. As many of you may have concluded, though, you may pick your poison. But in choosing which gang to loot our economic resources [while waiting for our long awaited revolution of the second type of politicians you might have described], we must conduct a fairer comparison.

Half-truths and propaganda have diluted the richness of our national development, affecting our living standards. Development whether social or economic is very important to the well-being of every nation, as its contribution to the sustainability of that country cannot be underpinned. However, the politicization of things in most African countries like Ghana has been a bane and has actually made it almost impossible for its contributions to the country's sustainable development.

Fixing The Nation After 64 Years Of Nationhood

Dr. Osagyefo Kwame Nkrumah demonstrated selflessness as a leader. He faced up to his own leadership by stating - ‘‘we shall measure our progress by the improvement in the health of our people; by the number of children in school, and electricity in our towns and villages and by the happiness which our people take in being able to manage their own affairs. The welfare of our people is our chief pride, and it is by this that my Government will ask to be judged’’. This is the right time for us to stand up and come together as one people to speak and let them [government] know that we are tired.

In point of fact, little more than lip service has been paid to the illusory promises and unrealistic targets of the Akufo-Addo government. The grim reality today is that work and happiness has eluded the average Ghanaian worker. The best performance indicator of a political leader should be about the majority of our mothers and sisters enjoying better maternal morbidity and mortality, high paying jobs for the youth, high literacy rates, better housing system, good road network, robust financial markets, clean water, smooth power, and a nation where people would be proud to live in and work.

Nonetheless, it is now clear that our biggest challenge is leadership. It's not resources. It's not human capital. It's simply deficiency in leadership. Indeed, we need good leadership that will provide good governance before we can think of actualising development and transformation.

Fixing Ourselves As Ghanaians Too Matters

I strongly believe the government should fix the nation. But I think the best alternative, as it stands, is to fix ourselves too. When electing a political leader, most voters habitually exchange their conscience for the swag they collect from politicians during the electioneering campaign instead of considering the personal achievements of such leaders.

This unfortunately, often brings to power bad leadership, which is rooted in corruption, incompetence, stringency, blinkeredness, pitilessness and intemperate behavior. Leadership is not just about making blazing speeches and sanctified promises. It is a serious and delicate business of managing the destiny of a country through vision, selfless devotion, mental resilience and team building.

The Ghanaian headache all boils down to a problem of attitude- bad attitude. God's given each and every one a sense of reason for a reason, but it seems some have misplaced theirs. Our progress has been retarded for all these years not because we are not skilled enough but because we don’t have enough good character. A nation is built not only with skills but character, too.

Truth is, skills without character become a disaster. When a skilled man who has no regard for human lives reaches the top, he becomes a threat to all those beneath him. He uses them to his advantage. He exploits people and abuses power. He apportions opportunities according to his favorites and not necessarily those who deserve such. A nation full of skilled people without character is a disaster waiting to happen!

Achieving A Fixed Nation, We All Long For

Politics without a sense of humanity is a crime. Politics is supposed to be a solution but to the Ghanaian, it has unfortunately become a puzzle we need to solve. It has become a den of people with only little character. We pretend to fight ‘‘galamsey’’ in public yet approve of it in secret. When the culprit is another Ghanaian, the law works. When the culprit is Chinese, bribery works. Our problem is a character problem; a character of double standards!

To keep everything upbeat, Ghana does deserve better leadership — it just won’t come in the form of either gang (NDC or NPP). It will come from you and I, and all the other young people who are sick and tired of incompetence. We can't afford to fail the next generation. The time to act is now. I am hopeful that our time will come.