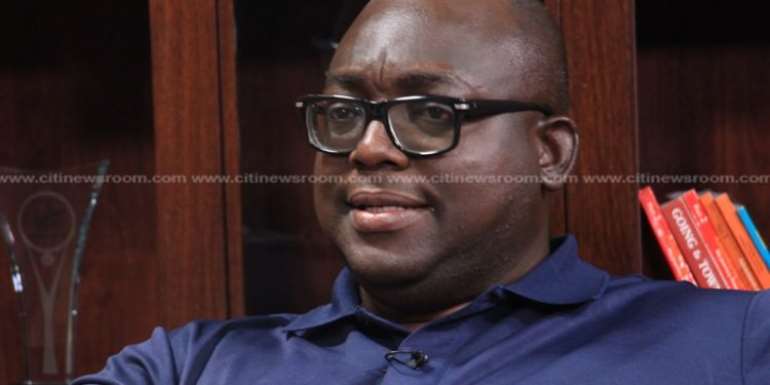 A private legal practitioner and member of the National Democratic Congress (NDC), Nii Kpakpo Samoa Addo, has stressed the need for the Chairperson of the Electoral Commission (EC), Jean Mensa to come forward and clarify all outstanding issues related to the conduct of the 2020 general elections.

“This is a public case as well as a legal case. So the public needs answers. If you have an EC Chair who is refusing to answer to the Ghanaians then that is a different thing altogether,” he said on The Big Issue.

The citizenry needs to be clear that the processes used in the conduct of the elections were as transparent as possible.”

“Afari Gyan accounted to Ghanaians when he occupied this same office. Though his answers were not satisfactory, we accepted them in good fate. This way, you tell the citizenry that even if you made mistakes, they were of no malicious intent. But it is not right for her to use technicalities to escape from accountability.”

“In a case where we had the EC Chair admit to some errors, that instead of using the valid votes cast she used the total votes casts, she must answer for them. It is rather unfortunate that instead of answering to Ghanaians, she [Jean Mensa] is hiding behind technicalities to escape accountability.”

He further advised the Petitioner of the 2020 Election Petition case, John Dramani Mahama to drop the case should his request to cross-examine Jean Mensa through subpoena be thrown out.

“Generally, you can’t force a party to conduct his or her case in a particular manner that is suitable to you. Basically, you can not force a respondent to mount a witness box, especially when you have closed your case. However, you have every right, in the case of a Public Officer to issue a subpoena and request the party to come forward because of the nature of his office, especially before the petitioner closes his case. After this is done, it is for the court to either grant or deny your request.”

“If his [Tsatsu Tsikata’s] request to reopen the case and subpoena Jean Mensa is also thrown out, I think there will be no point in pursuing the case any further. I think the petitioner will have to discontinue the case. I will be surprised if he pursues any further. Because at the end of the day, the only person who can address the concerns of the petitioner is the Electoral Commissioner. Jean Mensa is the only one who can answer the allegations being made,” he added. Background

Mr. Tsikata had closed the case and was seeking to cross-examine Jean Mensa, but his hopes were dashed as the respondents refused to open their defence and also closed their cases.

The lead counsel, Mr. Justin Amenovor on Monday, February 8, 2021, indicated to the court that the 1st respondent [Electoral Commission] does not intend to call any witness to testify and relied on Order 36 Order sub-rule 4 and 38, rule 3 (e) sub-rule 1 and 5 of CI 47 as amended by CI 87 as the basis for their decision to close their case and not call a witness.

Mr. Ampaw argued that the petitioner has not been able to make a solid case in court hence the decision to close their case.

Mr. Tsikata thus accused Mrs. Mensa of evading cross-examination. He subsequently told the court that they intend to re-open their case and have the Chairperson of the Electoral Commission, Jean Mensa dragged into the witness box and cross-examined through a subpoena application.

The court, however, directed the petitioner and the respondents to file their closing statements by February 17, 2021.