Rt. Hon. Bagbin Is The Best Man For The Position Of Speaker Of Parliament 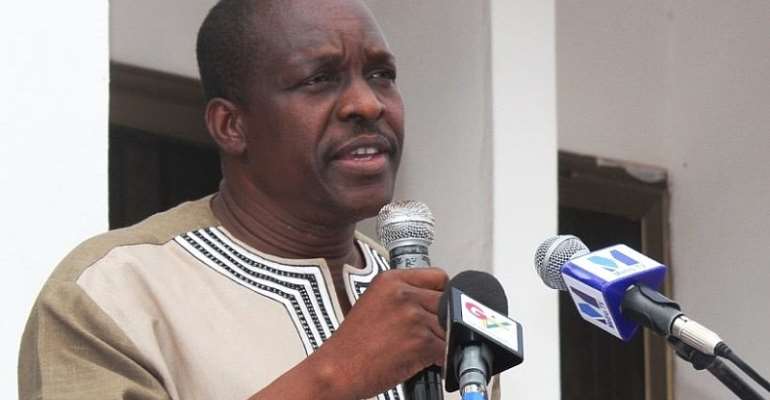 Trust me when I said many times that I don't have any personal qualms about the personality of this outstanding Hon. Man. I have always stated my reason vividly and that position hasn't and wouldn't change anytime, once I'm alive.

It's important to state my reason here again; for the avoidance of doubts in the minds of those who have the penchant to attack without any knowledge but based on pure ignorance. I have always stated categorically that; competition brings out the best in individuals in any aspect of our human engagements and politics is no exception. The continuous stay in the august House for close to three decades without a transition was certainly becoming the doldrums to many of us, who thought we needed a fresh-minded person, no matter which political party she or he comes from. Elsewhere, competition has led to an increase in developmental projects. Once party A wins the seat, it tries to do the best for the people. And when party B takes over, more is done to retain it. This could even happen within the same party. however, you will see everybody doing his or her best to win the hearts of the constituents for their votes. Sadly, our case was like eating Tz with green, green throughout our lives.

I agree with any school of thought that holds the opinion that; his continuation was better safeguarded in gaining much experience. However, truth be told and be said without being economical with the facts. For how long should he have stayed there to gather any more experience as they keep saying? If for 28 years in the House and serving in almost all the key positions didn't allow him to accomplish enough as a member of parliament and also achieve maximum experience, then not even additional hundred years was going to do that.

He had been an ordinary member of Parliament without an iota of parliamentary experience. He rose to become the Minority Leader. From there, he became the Majority Leader when the tables turned. He had led and served in many committees in the House, and he had been a Minister of State not once. Now tell me in what capacity he needed to serve again to attain any better parliamentary familiarity? There isn't any if you sincerely ask me. Therefore, our demand for change was merely based on this and many like-minded people thought it's time for him to groom someone for his replacement as he honourably takes a leave. No more, no less! If I wrote anything or said anything, please, it was founded on this idea and nothing else.

Now, back to the substantive issue. You will all agree with me that there isn't anyone, who has gone through the mill like the current Second Deputy Speaker of parliament. Take, for instance, his number of years in Parliament and all the committees he had chaired or had been part of. Take his minority and majority role in the House and tell me if he isn't the best to occupy the position as the Speaker of the House. I'm not saying this to justify the claim that the NDC won the majority in parliament. That's not my position. However, assuming without admitting that we are going to have a hung Parliament in the history of our democracy as many have postulated, there is no one more qualified than Rt. Hon. ASK Bagbin whether we like it or not.

Aside from the years of experience, he is also well known within both parties. And you will come to agree with me that; it's very easy and comfortable dealing with people we know better rather than strangers. Once he's well known within the two parties and he's sufficiently versed in parliamentary proceedings, it makes him come second to none for being selected for the position of the speaker. Let's not forget that our democracy is growing and for us to be taken seriously as the pillar of African democracy, we need to shift from our political inclination to allow us to put the right people in the right establishments for the betterment of our development. Therefore, the call for him to take up that enviable position is in its right direction and timely as well.

I'm therefore urging the House to consider him for the responsibility of leading the charge of our legislators in executing their assignments as our lawmakers. I believe he wouldn't disappoint us. I remember in his last campaign to be elected as the MP for my constituency, we had many people from across the NPP sacrificing their campaigns to come over here and tell us to retain him for he was an asset to Ghana's Parliament. Notably among these prominent personalities was the current majority leader in Parliament. It's, therefore, my strongest conviction that should RT. HON. ASK Bagbin be proposed for this position, he will certainly get much endorsement from even the NPP bigwigs in the house.