Scientists always searched for God in the wrong place 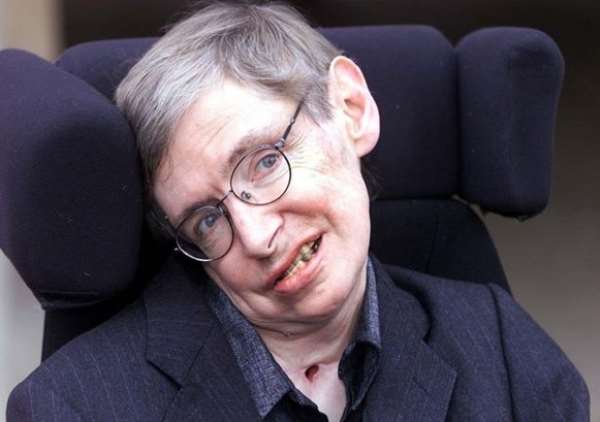 In his last book titled “Brief Answers to Big Questions” and published in the UK in October 2018, a few months after his death on 14 March, eminent and world-renowned physicist, Professor Stephen Hawking contradicted or even compromised his earlier position where he was in agreement with the concept of a divine Creator. He appeared to have argued that the universe is the work of physics and not that of God. Indeed, he even questioned the existence of God. Looking back now, there appears to be a need to clarify some of the points Professor Hawking raised in his book.

The book was divided into 10 chapters. Each chapter posed a different question. Three were open-ended: “What was inside a black hole?” “How did it all begin?” and “How do we shape the future?” The other seven chapters were all yes or no questions, such as “Is there a God?” “Is time travel possible?” and “Will we survive on Earth?” All of those questions were designed to seduce the reader into thinking there would be easy answers. But it is obvious the questions were not all that straightforward.

One of the more engaging chapters was titled: “Will we survive on Earth?” It contained all the factors that usually threatened the planet - from overpopulation and nuclear weapons to global warming, terrorism and even Donald Trump. It was a sobering reality check and Hawking predicted it was “almost inevitable that either a nuclear confrontation or environmental catastrophe would cripple the Earth at some point in the next 1000 years”.

Some people actually saw with him but most people found it impossible to understand where he was supposed to be coming from. How can we mortals deny the existence of God and ascribe the creation and maintenance of the universe to some weird mathematical calculation that could be explained away scientifically?

First, scientists told us that the atom was the smallest building-block of matter. By the start of the 20th century, they ‘proved’ that the atom consisted of even smaller components called protons, neutrons and electrons. These, they said, were also known as subatomic particles. By the 1960s, other subatomic particles were discovered. About two decades later, they discovered that protons, neutrons and other hadrons were themselves made up of smaller particles called quarks. Quantum theory became the set of rules that defined the interactions of these particles.

Around this time, a new mathematical model of theoretical physics called ‘string theory’ emerged. It showed how all the particles and all forms of energy in the universe could be constructed by hypothetical one-dimensional ‘strings’. These ‘strings’ were infinitely small building-blocks that had only the dimension of length but not height or width. String theory suggested that the universe was made up of multiple dimensions. Scientists were familiar with height and width and length as the three-dimensional space. ‘Time’, they said, gave them a total of four observable dimensions.

It was strangely ironical that initially, the string theory supported the possibility of ten dimensions. Scientists claimed that while four of the dimensions could be identified, the remaining six could not be detected directly. Somehow, they were able to explain this away. Yet, the concept was later increased to eleven dimensions based on various interpretations of the ten-dimensional theory. The super-gravity theory, they told us, played a significant role in establishing the existence of the eleventh dimension.

The wise men of science calculated that these ‘strings’ vibrate in multiple dimensions and, depending on how they vibrate, they could be seen in three-dimensional space as matter, light or gravity. They told us that it was the vibration of the string that determined whether it was matter or energy – and that every form of matter or energy was the result of the vibration of strings.

Then, the string theory ran into a problem. Another version of the equations was discovered. Then another, and yet another! Eventually, five major string theories emerged. The main difference between each theory was basically the number of dimensions in which the strings developed, and their characteristics. Some were open loops. Some were closed loops and so on. But of more significance was the fact that all these theories appeared to be correct. Naturally, our scientists were not comfortable with five seemingly contradictory sets of equations describing the same thing.

By the mid-90s, Edward Witten, a string theorist from the Institute of Advanced Studies, in conjunction with other eminent researchers postulated that the five different versions of string theory might actually be describing the same thing – seen from different perspectives. They then proposed a unifying theory called “M-Theory” in which the letter ‘M’ was not specifically defined. It became generally understood to stand for “membrane”. But the words “matrix”, “mother”, “monster”, “mystery” and “magic” could also have made the claim.

M-Theory brought all the string theories together by asserting that strings were really one-string slices of a two-dimensional membrane vibrating in an eleven-dimensional space. But the M-Theory was not yet done. The crucial point at this stage was that the underlying structure of its mathematics had been established and was in agreement, not only with all the string theories but with all the scientific observations of the universe. It passed many tests of internal mathematical consistency which many other attempts to combine quantum mechanics and gravity had failed.

It is important at this stage to note that many scholars were attracted to the M-Theory by its scientific grandeur. One such scholar was undoubtedly Professor Stephen Hawking who was said to have originally believed that M-Theory was ultimate. He later suggested that the search for understanding mathematics and physics can never be complete – implying that the search to understand the wonders of the creation and maintenance of the universe might well lie outside the realms of science.

It was, therefore a matter of concern for many of us who were closely associated with Hawking that he made strenuous attempts to apply physics not only to answer the question of why we are here in the world but more importantly, to explain away the origin of the universe itself.

As one writer, Eric Priest explained, modern belief in God was not all about covering gaps in our knowledge, but about answering the different types of questions as to why we are here in the world. That ‘why’ can only be explained in terms of relationships! The Christian belief is first and foremost about relationships before rules and regulations. It is about how we relate to our brothers and sisters, our sons and daughters, our wives and husbands, our fathers and mothers, our cousins and nephews, our uncles and aunties, our school and workmates, our neighbours but most importantly our relationship with God.

Stephen Hawking suggested that it was not necessary to invoke God as the Creator of the universe and asserts that the feat was made solely by physics. The truth is that when we understand the nature of God, it will be simply unjustifiable to rule out an important role for Him in the life of man and in the universe. It is even probable that it is this God who set up and maintains or underpins the laws of physics and allows it to work so that being able to explain the big bang in terms of physics is not inconsistent with there being a role for God in human existence on earth.

Our scientists are continually questioning, scarcely coming up with definitive answers. Mathematics, as applied to physics, might be the queen of sciences according to Carl Friedrich Gauss, but it does not answer every scientific question, let alone questions that deal with the essence of life. With a background understanding of man’s limitations of his own knowledge and expertise in appreciating the beauty and mystery of life, even the wise men of science should see themselves with a sense of profound humility.

Chemistry, biology, psychology and the social sciences have their ways of analyzing the nature of reality which are complementary to those of physics and mathematics. Yet many of the questions that are most crucial to us as human beings, such as the nature of beauty and love, and how to live one’s life are in no way adequately addressed by science. Most times, philosophy, history or theology is better equipped to help us answer them.

We cannot simply gloss over the complementary nature of different questions and, in particular, the difference between ‘how’ and ‘why’. It’s important. And in that circumstance, if the M-Theory turns out to enable a unified theory, Hawking’s protagonists might in the future be able to tell us how the universe started, but as physicists, they cannot answer the question ‘why’.

Many scholars believe that we cannot prove whether or not God exists. But they are wrong. They believe we can determine whether the existence or non-existence of God is consistent with our experiences. That approach is also wrong. They say it is up to individuals to reach their personal conclusions and that for many of us it could mean a profound and enriching difference in our lives.

The fact appears to be that these people still probably think of God as a kind of ‘Father Christmas’ sitting up there, dispensing justice to his chosen ones and punishment to those who disobey his commands. In reality, God is SPIRIT and the Holy Book advises that those who must worship Him must do so in spirit and in Truth. If our scientists knew that much, they would have no reason at all to question the existence of such Spirit.

According to the Holy Book, in the beginning, was the Word. The Word was with God and the Word was God. The words we speak are intangible in the sense that we cannot see them with our naked eyes. We cannot ‘touch’ them. But they can touch us in a profound manner. They can move us. No one can reasonably doubt their effectiveness in moving man to action or inaction. The words we speak can make a man weep or smile, sad or happy, fight or reconcile, love or hate, succeed or fail. They are capable of influencing man in many ways, yet they are intangible. It is Spirit at work. And I think that if our eminent scientists thought this much, it might help them stop searching for God in the wrong place. God is Spirit.

Galamsey fight: Back off and allow law enforcement bodies ta...
29 minutes ago