Islamic separatism and its treasonable impact on Nigeria 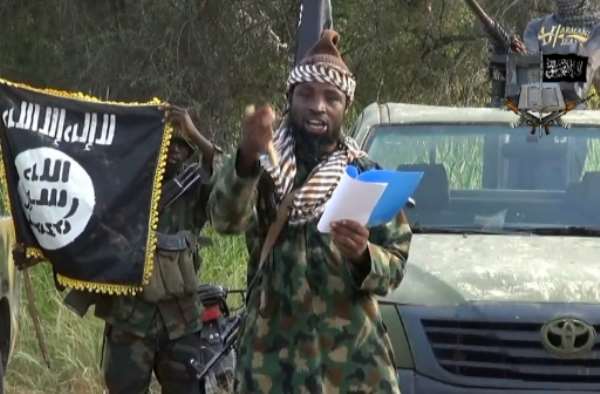 When French President Emmanuel Macron warned against the threat of Islamic separatism, there were angry reactions across the Muslim world. Leaders of Muslim majority countries excoriated Macron accusing him of Islamophobia, a term which Muslims deploy to shield Islam from criticism and scrutiny.

Macron made it clear that France was confronting a vicious trend whereby Muslims wanted to create a "counter-society" within France. He noted that Islamic separatism had no place in the French republic. Now instead of confronting this brutal fact, Muslim politicians resorted to making inflammatory statements alleging that Macron was spreading anti-Muslim sentiments. Was he?

Look, anyone who thinks that Macron's concerns over Islamic separatism were misplaced should take a look at Nigeria, especially the northern part of the country where Muslims are in the majority and political Islam is in force. From all indications, Nigeria is slowly and dangerously descending into anarchy, tyranny, and totalitarianism. Islamic separatism and its chaotic tendencies are ravaging the region at breakneck speed. Muslims have succeeded in creating a counter-society with counter laws and policies that are not compatible with Nigerian laws. And nothing is being done to address this menace.

Incidentally, whenever the term, separatism, is mentioned in Nigeria, Biafra easily comes to mind. Reference is made to the separationist campaign that is led by Nnamdi Kanu even as a more vicious campaign is being waged in northern Nigeria. Unfortunately, there is no allusion to sharia agitators and irredentists. Nobody mentions the Islamic separatist movement has engulfed some parts of the country.

Islamic separatism has posed a serious threat to nation-building in post-colonial Nigeria. Since independence, there have been efforts and schemes by Muslims to further political Islam and create a counter society, an Islamic state, within the Nigerian state. Muslims have vigorously campaigned to ensure that, unlike other Nigerians, they are governed by a different set of rules, the sharia law. Muslims have professed Islam as a religion but also as a political movement.

Islamic separatism is being prosecuted in two main actors. By Muslim politicians, who have hijacked the democratic space in Muslim majority states and imposed sharia law. And then by jihadist groups such as Boko Haram and its affiliates/fronts (killer herdsmen and bandits) that employ violence to realize an Islamic state.

The founders of the Nigerian nation foresaw the divisive and destabilizing tendencies of political Islam and its weapon, sharia. Hence in the 1979 constitution and 1999 constitution as amended, they provided for the application of sharia law at the personal level only. This provision allows all Muslims to practice their religion under and not above the constitution of the Federal Republic of Nigeria. However, this provision did not satisfy Muslim theocrats.

The personal sharia falls short of the agenda of political Islam. Islamic separatists have continued to agitate for the full enforcement of Islamic law. They have continued to pressure to ensure that the Islamic, not the Nigerian law, govern Muslim public and private spaces in Muslim majority sections of the country.

Simply put, Islamic separatists want a different set of laws for Muslims and another set of laws for the rest of the citizens. They are opposed to one law for all citizens; they are against equality of all Nigerians before the law. Islamic separatists regard their Muslimness as superior to their Nigerian citizenship. Meanwhile, as the state- police, soldiers, intelligence officers, Islamic theocrats pretend to be champions of Nigerian unity and statehood. They claim to be tackling religious/ethnic separatist tendencies in other parts of the country while they turn a blind eye and enable Islamic separatism in northern Nigeria

During the long years of military rule, political Islam reared its ugly head but the soldiers kept it under control. Although Nigeria's membership of the Organisation of Islamic Conference (OIC) and the Maitatsine riots in the 80s underscored the threat of Islamic separatism, the various military regimes took measures to dowse the tension and neutralize concerns and fears of all Nigerians. For instance, the military government was able to suppress the Maitatisine uprising in the 80s. It reassured Nigerians that being a member of the OIC did not necessarily make Nigeria an Islamic state.

But a return to civilian rule in 1999 opened the political space for popular participation and expressions, and yes, for the furtherance of political Islam. In the past two decades, Muslim theocrats have hijacked the process of democracy in Muslim majority states. They have made Islamic separatism the sociopolitical order across the country.

There has been a slow but steady enthronement of Islamic theocracy at the expense of the Nigerian democracy. Muslim politicians have acted in defiance of the constitution and the rule of one law for all Nigerians. They have substituted the constitution with Sharia law. In 1999, the then governor of Zamfara State, Sani Yerima, imposed full sharia law.

He claimed that the adoption of sharia was in fulfillment of an election promise. Other Muslim majority states followed suit and started implementing the Islamic law. The process of sharia implementation elicited protests and opposition from non-Muslims who feared that they would suffer discrimination in those states. However, Muslim theocrats stated that the sharia was for MUSLIMS ONLY.

Today, it is evident. Sharia is not for Muslims only. Even at that, why should a government enforce a separate law for Muslims and another set of laws for non-Muslims in the same country? Islamic theocrats justified the enthronement of sharia-based on the fact that they are in the majority in those states. Meanwhile, they oppose the enforcement of Christian and other ethnoreligious laws in other places where Muslims are in the minority. Islamic theocrats continue to turn a blind eye or better endorse an Islamic counter society while railing against other separatist moves in southern Nigeria.

Muslim theocrats have gone further to agitate special treatment for Muslims in Christian dominated areas. For example, Muslims have succeeded in making hijab part of the school uniform for Muslim schoolgirls in southern Nigeria. The Islamic establishment determines what students and pupils wear in Muslim schools, and schools in sharia implementing states; it also decides what Muslim girls wear in nonmuslim schools and in schools where Muslims are in the minority.

In the Muslim majority state, the sharia police have been on a rampage, destroying the goods of non-Muslims in the name of sharia enforcement. In Kano, Jigawa, and other sharia implementing states, the sharia police have destroyed beer bottles worth millions of naira. Non-Muslims are treated as second class citizens; they can elect and cannot be elected to occupy key positions.

They do not enjoy equal rights with Muslims. Non-Muslims are compelled to publicly conduct themselves in line with sharia, not the Nigerian constitution. The quest by Muslims to create a counter-society has turned Northern Nigeria into a breeding ground for jihadist groups such as Boko Haram. Nigerians must take urgent measures to contain and counteract Islamic separatism and its treasonable and deleterious effects on the Nigerian project.