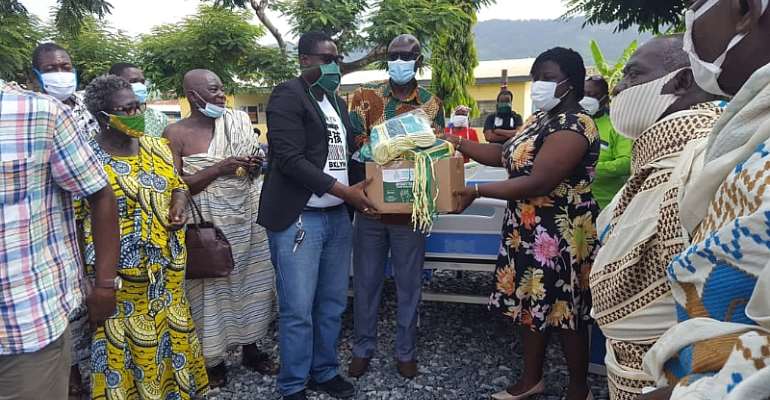 The Eastern Regional Directorate of the Middlebelt Development Authority has initiated an exercise to distribute PPEs to the people of the region to help curb the spread of the COVID-19 pandemic.

The materials, made up of hundreds of boxes of hand sanitizers and thousands of face masks are to augment the government's effort in fighting the global pandemic.

Regional Director of the Authority, Mr. Alhassan Alolo in an interview with the media in Koforidua, stated that his outfit has already donated hundreds of materials to the New Juaben North Municipal Health Directorate and other institutions within the region.

According to him, the Authority would also embark on public education within the week through some principal streets of Koforidua and other major towns to distribute face masks and sanitisers to the public and also, take the opportunity to educate them on the need to observe the laid down protocols in order to help deal with the spread of the deadly virus.

"We are embarking on this exercise to support what the government has already started in fighting the pandemic. We are distributing over 500 boxes of hand sanitizers and tens of thousands of face masks to the people of the Eastern region," Mr. Alolo indicated.

Mr. Alhassan Alolo added that his outfit, since starting its operations in 2017 has undertaken numerous projects under the one million dollar per constituency policy with some completed and others in different stages of completion

He, however, assured the people in the region of his outfit's continuous support to the development of livelihood of the people through its many social interventions, projects, and policies.