President Nana Akufo-Addo to Redeploy the Military to Guarantee the Safety, Protection and Security of Kumasi Citizens without Delay 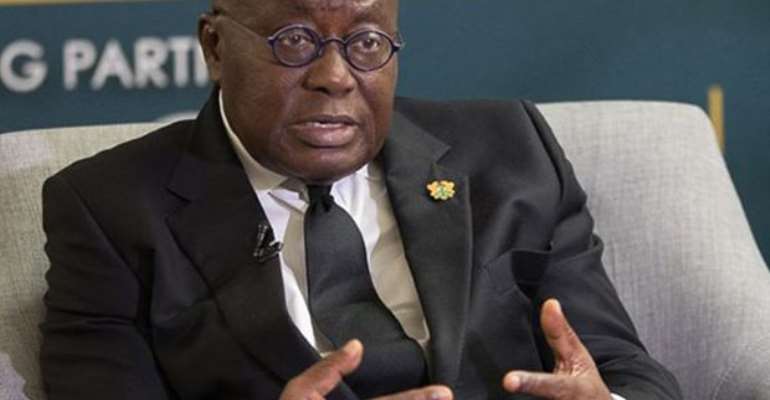 The current spate of armed robberies in Kumasi in broad daylight is becoming too many for the comfort and safety of the residents of, and visitors to, Kumasi. Any country without adequate robust structures in place to ensure the safety, protection and security of its citizens is not worth to be proud of.

The safety of the citizenry of any nation should be the first priority of any serious government. Subsequently, all the necessary measures are to be taken to quell the current spate of armed robberies brazenly being carried out by some people in Ghana.

For the enemies of the government not to achieve their motive of rendering the country ungovernable for His Excellency the President, Nana Addo Dankwa Akufo-Addo, and his NPP government, by making the people feel insecure through armed robberies, kidnappings and murder, to ultimately turn the citizens against the government, I shall advise the President and his government to up their game, although they already have measures in place to protect the citizenry.

From my experience and observations in the advanced countries, especially France, the military (soldiers) are redeployed to assist with internal peacekeeping whenever a country gets overwhelmed with insecurity. As I write, France has redeployed 7,000 military personnel to beef up the security of Paris and its residents. This is following the current terrorist activities on the soil of France.

On Thursday, 29 October 2020, Islamist terrorist, a 21-year-old Tunisian named as Brahim Aouissaoui, who entered Europe through Italy and travelled to Paris in early October 2020, attacked the Notre-Dame church in Nice, killing three people.

The attack on the worshippers in the church came barely 13 days after an 18-year-old man, Abdullakh Anzorov, of Russian origin, beheaded Samuel Paty, 47, a history teacher, outside his high school in Conflans-Sainte-Honorine, a suburb of Paris, in north-east of Paris. He was beheaded on 16 October 2020.

Following the growing tensions between the Muslims in France and the French in the wake of the mentioned terrorists activities on the French soil, the French government as usual, has redeployed soldiers to assist the police to maintain security and to prevent further occurrences of the despicable crimes mentioned above.

I shall therefore suggest to President Nana Akufo-Addo and his NPP government to dispatch about 200 to 500 heavily armed military personnel into the public areas of Kumasi. Their presence will be enough to send cold chill down the spine of the armed robbers and should they encounter any armed robbers, they should be authorised to beat the shit out of them or shoot them in their arms to disable them or kill them. With this order to the police or the soldiers, the armed robberies will subside or disappear altogether.

The armed robberies of whatever nature they take, have the hallmarks of the NDC's evil intentions as espoused by that dishonourable Samuel Ofosu-Ampofo, the National Chairman of the NDC who doubles as an Elder at the Pentecost Church of Ghana. The armed robbers and the NDC should not be permitted to threaten the lives of Ghanaians in pursuit of their diabolical parochial interests – money and/or power.

To be forewarned is to be forearmed. A word to the wise is sufficient. Finally, it does not belong to he who is leading to redirect their steps. And, it shouldn't take Rockson Adofo, the proud fearless son of Kumawu/Asiampa soil to be in government to be able to help his country Ghana. The advice being communicated to the President today, as learnt from France, is in the right direction to helping make Ghana safer for the citizens should the government implement it.

Many a time had I suggested same to former President John Agyekum Kufuor, former IGP David Asante-Apeatu and about the second time that I am suggesting it to President Addo Show Boy. However, they appear not to implement the suggestion as the French governments do, to take out the fear and the problem within days of such policy implementation.

Should the government fail to implement my suggestion, it does so at its own peril.