German Unification/Formation of protectorates in Africa. 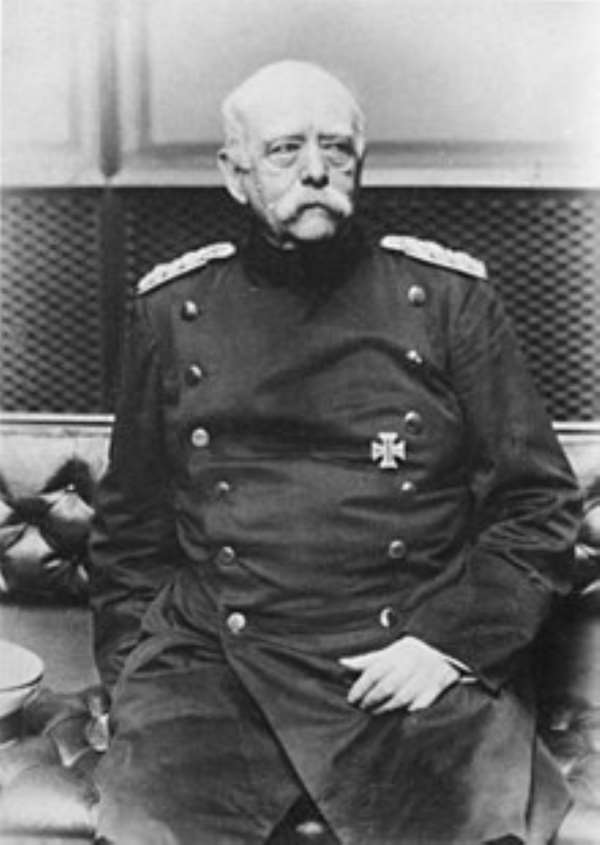 In 1853 the Crimean war broke out. It was Russia against the Ottoman empire, France and the UK as allies. Prior to this war, Prussia considered itself an ally of Russia, however, in the course of the war and even when Russia sued for peace in 1856 and the treaty was being signed, Prussia was not invited to the table.

This made the leadership of Prussia worried and together with other events a wave of Unification started both in Italy and among the German nations.

In 1858 Federick lll who would later become German Emperor got married to UK's Queen Victoria's first daughter Victoria Adelaide Mary Louisa or Victoria Princess Royal. Victoria Princess was documented to share her liberal views with Frederick her husband and her hope that someday Prussia would become a constitutional monarchy based on the British Model.

But in most cases Victoria was watched by the Germans with great suspicion. She was criticised for her English origin and even Ostracized by the Berlin Court. When Otto Von Bismarck became Prime Minister of Prussia in 1862 he also was documented to be one of her staunch political opponents.

It is easy to observe how the game changed this time because of a marriage. The international pressure from UK seem to be absent here compared to what happened in the first Schleswig war of 1848.

In 1866, Prussia and fifteen smaller northern German States signed the Northern German Confederation Treaty to be under Prussian leadership. By 1870 Prussia had provoked France to start the Franco-Prussian war in order to add more German States. The North German Confederation had soon metamorphosed to the German Empire. By 1871 The German Empire had defeated France and the power balance in Europe had changed.

Germany had become a powerful nation and this shift in the balance of power in Europe cause a lot of discomfort among the old powers especially UK.

William I was then the King of Prussia and the first German Emperor from the dynasty of Hohenzollern which was a dynasty that was very much untrusting of Queen Victoria's daughter who got married to Frederick lll. Maybe she was considered a spy because being a first daughter she would love her home Nation just as much.

Otto von Bismarck would continue adding smaller German States under the German Empire as he becomes Chancellor of the Empire.

It was clear that The British realized that as soon as Otto von Bismarck is through with Europe he will come down to the places that Germans have secured in other continent and make them protectorates, so during the period, UK set of the intensify her colonial campaigns in African and annex as many territories as possible before the German turn their attention here.

The Glover war and what the Aŋlɔs referred to as the Gbedzeaʋudzi was fought in 1873 and the so called treaty was in 1874. Soon after the German Unification. The Ʋedome Ɛʋɛ bloc also fought on the side of the British against akwamu and asante within this same decade.

No retreat, no surrender — Ablakwa chases gov't for cost of ...
6 minutes ago

Akufo-Addo, Bawumia responsible for 60% of Ghana’s total pub...
7 minutes ago