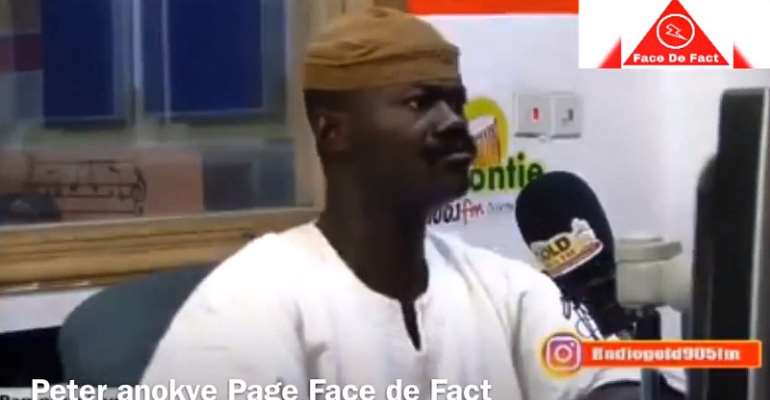 One wonders how some people for their resolute determination to emerge victorious in the impending general election 2020, will vow to cause mayhem in Ghana should the election not go their way. Who at all has appointed the NDC Lord over Ghanaians that they believe they should be the ones ruling Ghana all the time but not any other person or political party?

Almost any person claiming allegiance to the NDC party think they are more violent; they can threaten any other discerning Ghanaian with death, insults and injuries at any time they want when they want. I find those people subscribing to that bestial mentality as simply bushmen who should be chased into the jungle where less intelligent animals live. Are those NDC people always plotting to kill, harm, kidnap, and insult, people, all with the motive of gaining the opportunity to rule, and to plunder the coffers of, Ghana, any different from the animals in the wild where it is erroneously believed they live the life of the survival of the fittest? They rather correctly live in sustenance, or survivability, of the species of animals that are able to adapt to their environment.

Anyway, it is down to the nation's security agents, if they are professionally up to the task for which they have been employed to do, to monitor the NDC fanatic seen in the video below. He has to be placed under security surveillance and monitored closely until credible incriminating evidence can be gathered against him for his eventual arrest. Such a political fanatic intent on inflicting injury or death on innocent persons because of the victory he so desperately yearns for does not come his way, must not be allowed to move about freely without being placed under the security surveillance radar.

Is maintenance or guarantee of security not all about the above mentioned basic requirements? Irrespective of whoever is providing security and to whomever, the above three things are expected to be guaranteed. Therefore, whoever threatens to exterminate lives, destroys properties and to unleash crimes of violence, kidnappings and arsons on innocent persons causes offences punishable by law.

Subsequently, that uncivilized NDC partisan publicly threatening the nation with bloody violence, and by his words and actions as are on the video inciting the public to embark on deadly rampage, must be monitored and arrested.

I don't know how robust the Ghana intelligence services are. I don't know how they are well equipped in modern electronic gadgets designed for intelligence gathering. This guy in the video and all others spewing threats of all sorts on Ghanaians just for achieving their resolute quest to win election 2020 to rule Ghana, as though they were born heads but not tails, must not be spared the needful surveillance leading to their arrest.

If I had any private means to contact Honourable Albert Kan Dapaah, the National Security Minister, I would. I need to suggest to him the sort of intelligence to mount to gather credible prosecutable evidence against the political fanatics threatening the peace, safety and tranquillity of Ghana. Based on the permissible, credible and acceptable evidence to be gathered, such bush guys exhibiting typical Ghanaian-NDC-mindedness could be indicted and put before the court.

Again, the lawyers and judges in Ghana must be seen to be patriotic but not equally as crooks as those planning evil against Ghana and the citizenry. Once they are arraigned, the judges must speed up their trial, convict and sentence them to jail terms to serve as deterrence to other irrational Ghanaians playing "stomach" politics in the nation.

Have His Excellency Nana Addo Dankwa Akufo-Addo and the Electoral Commission Chairperson, Mrs Jean Mensah, ever met to connive to rig election 2020? If yes, where is the evidence to that encounter? Is the Electoral Commission asking interested persons to pay, I think, thirty Ghana pesewas or so, to verify their names on the exhibited electoral register not optional? It is not compulsory to verify your name on the electoral roll by going digital, thus, on the internet. It is an individual's choice, or else, you can go to the centres where they are displayed to do the verification free of charge. With this said, where is the instance of Nana Akufo-Addo and his Akyem brothers doing sakawa as the NDC rogues want Ghanaians to believe?

It saddens my heart to see the laws in Ghana not scrupulously applied to the spirit and letter as formulated or else, all the idiots predicting violence to the nation with impunity, would never have the balls, or dared, to do that.

I strongly advise the nation's security agents to place all those political fanatics threatening death to people because of politics and their selfish interests, under security surveillance radar. It is very simple to do that.

I shall never sit on my backside with my arms folded around the chest while the desperate for power NDC fanatics including their head, John Dramani Mahama, thus, the NDC desperados, in their avid for power, threaten innocent Ghanaians with death. Over my dead body, with the hand passed over my head in a sign of confirmation, as my late friend Kwadwo Nkrumah alias Okobo, from Kumawu, would seriously do.