The Bona Fide ‘Spiritual Giant’ Of NPP Is Gone (I) 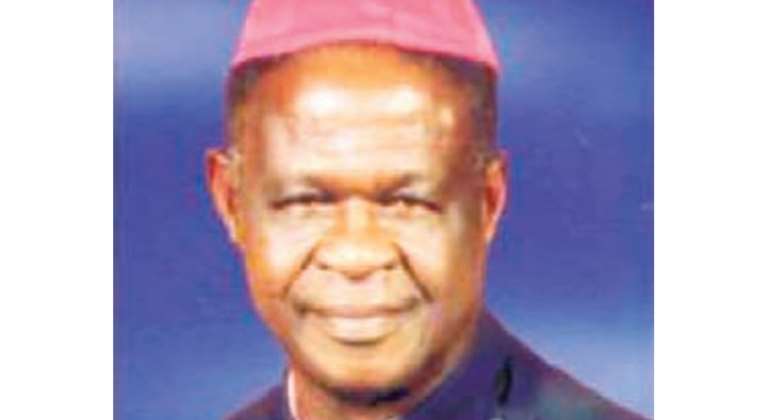 With the unexpected passing away of the Most Reverend Dr. Samuel Asante-Antwi, the ruling New Patriotic Party (NPP) has not only lost one of its paragons of democratic governance, rule of law, and freedom of expression, but also the party has, no doubt, been deprived of its founder and bona fide 'spiritual giant' of all time. I will revisit this point later.

I woke up on Monday, September 14, 2020, with a terse message on my WhatsApp portal that read: 'rev is gone ooo.' As soon as I saw the message, and found out it was coming from one of the most respected media personnel in the country I know, I concluded right away that this seemingly simple text was more ominous than it appeared on the surface. In other words, the 'rev' in that brief text sent to me from Ghana was a reference to the Most Reverend Dr. Samuel Asante-Antwi's sudden demise.

The reason for reaching the foregoing intuitive conclusion with regard to the WhatsApp text informing me 'rev is gone ooo'—was the message about Rev. Dr. Asante-Antwi was because some weeks earlier, 'Chairman' (as l called him) had told me over the phone that he was seriously sick. I asked him if he had thought about the possibility of seeking further medical care abroad and he said no. But he quickly assured me he had received a lot of medical treatment here in Ghana and hoped he might recover and that he would let me know if anything changed regarding his health status.

I respectfully insisted that it was a good idea to consider travelling overseas for more advanced medical treatment. I suggested that if he decided to take the overseas treatment option, I would be there for him in terms of any assistance l could mobilize much the same way he assisted me in the early 1990s when I was applying for a visa to join my late mother in the United States.

It is depressing that conversation turned out to be our last one. I remember 'Chairman' thanking me for checking on him as usual, while telling me to call him back that following week, but my mistake was that I didn't call, unfortunately. Nonetheless, l didn't think l would receive a sad text message from the Editor-in-Chief of the DGN ominously informing me 'rev is gone ooo' this soon. My good friend at DGN obviously might have informed me of the rev's death because he knew from my own account that I hold Chairman Asante-Antwi in high esteem.

On my part, probably, I failed to realise or remind myself that death cannot be compared to any concrete experience by which the mortal human mind can draw any conclusive equivalence. The point is if I had refreshed my memory regarding the universal human reality of death, including its unpredictability, I would not have procrastinated in terms of calling Chairman back the week he told me to call.

Indeed, Rev's sudden transition to the other world is disheartening and took many of us off guard. But the solace the family members and people who knew him up close can draw from his passing is that he was a genuine man of God with unflinching moral convictions and mortal dislike for dictatorship, injustice, and the rule of men as opposed to the rule of law.

When I met and got to know the Most Rev. Dr. Asante Antwi in the late 1980s, he was then the Diocesan Chairman or District Chairman of Kumasi Diocese of Methodist Church headquartered close to the historic K.O. Methodist Primary school in the heart of Kumasi. I was very young then and just completed advanced level (A-Level) secondary education and had begun following closely the unfolding socio-political and economic events in Ghana during the PNDC one-person rule under former President Rawlings.

As part of enhancing my political awareness at the time, I started reading a lot of newspapers, especially the few private ones—unlike the state-owned—bold enough to write and feature scathing critical articles/opinions against PNDC's military dictatorship. It was at this point that my personal relationship with Chairman Asante-Antwi actually developed. He was fierce and fearless critic of military subjugation of PNDC rule, pushing him to write blistering articles highlighting on Flt. Lt. Rawlings' autocracy.

It was one of those times in Ghana's chequered history under PNDC military junta when 'few men were men' enough to proclaim in public their inalienable right to free speech let alone freedom of the press. Like Dr. J.B. Danquah, Prof. Adu Boahen, and few past and present brave Ghanaians, Chairman Asante-Antwi wasn't afraid of his personal life when the PNDC tyrannical rule and the so-called 'culture of silence' resulting from political suppression was the order of the day.

In many ways, Chairman Asante-Antwi's stand against military adventurism played immense role, contributing to the lifting of the ban on multiparty culture in Ghana in the early 1990s. Even in the face of uninformed criticisms from some of his own clergy community that he was doing politics from the pulpit, he did not waver in that he knew many of the consequential changes in the world have been championed by the clergy people. Rev. Martin Luther King, Bishop Desmond Tutu and the like are typical examples here. No wonder many people in Kumasi back then nicknamed Rev. Dr. Asante-Antwi 'Bishop Desmond Tutu' of Ghana for his struggle against military dictatorship.