The Scam Of Multi-Ethnic Nationhood 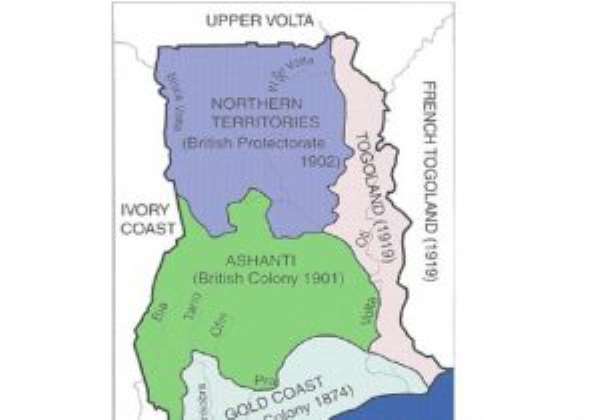 It amazes me that after all the knowledge and experience we have acquired as a people and over the years, we still continue to do the same things whilst wishing for a different outcome. Many learned people, old and young (let me avoid talking about bearers of our overrated diplomas), all seem to fall for this scheme. Everything suggests that we have been lumped together and dropped in a deep flat bottom dark pit.

Though some among us have been taught how to dig holes, and fill them up, with the rest of us licensed to ensure that the digging and filling is done right, it seems all of this knowledge has not been able to provide us with a staircase out of our own pit.

In spite of the many decades that have passed since Africans gained independence, we still seem to rely on hope, with some even praying that someday one of our many African nations will become a model great nation. Once a while, this dream appears to be approaching fulfillment when one of our nations get referred to as an economic powerhouse and rated to have an economy worth trillions of dollars. We get excited over the news, drink beer to cheer up, and assure ourselves that someday we would get there and then return to sleep.

We even get so overwhelmed that we forget to investigate the background of the organization rating us. And most importantly, we forget to acknowledge the foreign owners of the chunk of what we credit to ourselves as Gross Domestic Product. We forget the foreign owners of our mines, the means of production, the assemble plants and even those who receive the huge interest on the loans that we have already exhausted with nothing to show for- maybe the public toilets are visible.

I am staring at the new Ghana map as I write. I can count at least sixteen (16) regions in all. If the goal was to create tribal regions then I think we can even reduce it further or even increase it depending on one’s worldview. Breaking it into the Dogboawo, the Geawo and the Bluawo etc. may further reduce the regions in the south, but I don’t know about the North. Maybe as they were original handed over they may also prefer to go by the name the northern territory.

Growing up, I have wondered why Evhe people in Ghana though relatives of those in the republic of Togo were more interested in going westward rather than eastward. Be it in trade, allegiance, owning property or finding a marriage partner. But as I grew even older I came to the realization that the nationhood that I had thought should be in existence, where we had a language, an identity, a common goal, a way of life, a national pride and patriotic national heroes was non- existent. All we had was what was left over from the European colonialists which I prefer to call a wasteland with people gathering spoils of war for their personal and parochial interests.

In reality, what we have is not a nation. Forcing birds of different specie together into a cage and feeding them with kitchen leftovers just to poach the best among them for Christmas does not make them a nation of birds. The birds are there by virtue of the cage.

They do not enjoy it there. So, there would be an element of rivalry, the open show of hate, trampling on species in the minority and depriving even the best breed off their needed share of the food just because they belong to a minority. Besides this, the caged birds will have no common identity except you give them the cages name. therefore, by doing this one cannot say he has built a nation.

It is possible that after a long open conflict and bickering in the initial stages, the birds may eventually decide to pretend to live in peace, but this does not mean a nation has suddenly been formed. Living together does not mean a union has been formed if not borders would keep merging around the world. The birds in this instance, instead of being separate independent nations simply become an extension of whoever put them there, and their ability to live together without killing one another is a victory for their owners or keepers because at Christmas he will have sufficient birds to poach.

This is the situation in African, and the deceptions we call nations. We simply represent an extension of Europe or North America and whoever put us together. Those who were quick to realize this truth (the early political class) simply got themselves and their children the dual citizenship ticket. Be a citizen of a functional country in Europe or North America and then also be a national of the scam in Africa.

When it is time for politics members of this political class simply get a corporation to back their campaign and then they grandly return to Africa to find their tribesmen among the caged birds to help them win power and rule over all the other birds.

Once they win, they simply “legitimately” hand over the unexploited spoils of war in the cage to their masters or sponsors who sent them, and then when they retire they take their share. Their allegiance here is not to their original tribe but to the more powerful nation where they are also citizens.