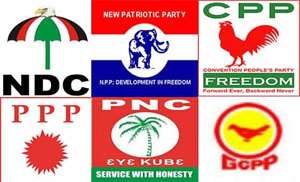 There is a dire need to change our governance system to ensure transparency for the betterment of this nation, other than that Ghana will continue to be in hardship if its current system of governance, where presidents are elected on partisan lines is not diametrically changed.

To begin with, Ghana’s prosperity lies in electing an independent person as president. An Independent president would serve the interest of the country 10 times much better than a president elected on a party’s ticket.

Now, changing power from one political party to another is not the optimum solution to Ghana’s problem.

In view of this, both NPP and NDC had become complacent because they knew that they were the only substitutes the country had. Both NPP and NDC would not offer any better alternative ways in solving Ghana’s challenges, and that the two parties were different sides of the same coin.

Frankly speaking, party politics is fuelling vigilantism in Ghana because they have the support of the parties, both NPP and NDC could not do away with political vigilantism because they all benefit from it. Vigilantism will be dead under an independent president and would also enjoy the best of ideas from both the majority and minority in parliament because all the MPs would offer their genuine support.

Both NPP and NDC government had created ministries which were of no use to the development of Ghana but just to satisfy their interest and being parsimonious as well. Because of the partisan nature of the country’s governance system, there were no proper checks and balances from the arms of the government. The president would always have the support of the majority because all that the majority wanted was to maintain the executive.

It is time Ghanaians take the bold decision to change both the NPP and NDC for an independent person as president. Enough is enough. Ghana must find the courage to say enough is enough to both NPP and NDC.