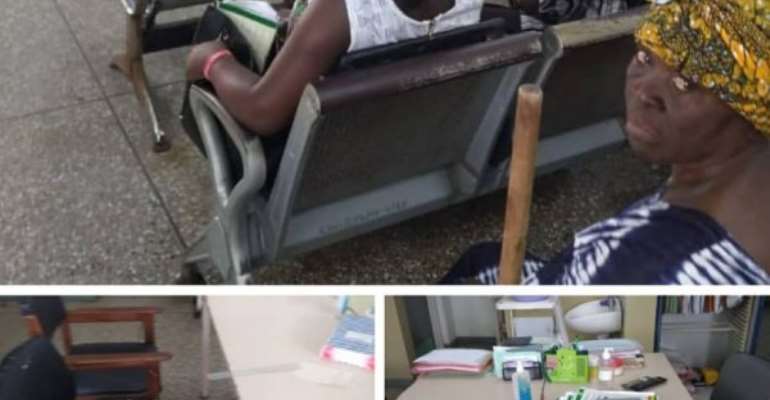 Some members of the Ghana Registered Nurses and Midwives Association (GRNMA) at Keta Municipal Hospital continue to render services to pregnant women due for deliver despite the Association's strike action.

The GRNMA and its allied Associations in public health facilities on Monday, September 21, embarked on a nationwide industrial action to demand some allowances owed members.

Though other nurses and midwives in the hospital, including Out-Patient Department (OPD), were empty during the visit by the Ghana News Agency (GNA), about four persons in nurses' uniform were in the maternity ward attending to women due for delivery.

The OPD was unusually empty after visitors to the hospital left following a long period of waiting.

That compels some to leave for private health facilities to assess care, others to chemical stores for drugs and the rest returning home.

Measures instituted by Dr Anthoinette Ekuban, the Medical Director for the Hospital, were to target children and the aged to receive medical attention, helped but without inconveniences to the clients.

Some staff of the hospital, who would ordinarily be stationed elsewhere, assumed new roles at the OPD, taking vitals of the vulnerable groups and directing them to see doctors in charge.

Speaking to the GNA, Madam Bernice Tsortorme, a nursing mother who brought her child for treatment, feared she would spend her entire day at the hospital.

“I came here with my baby at 0730 hours but I'm yet to meet the doctor. When I came, I met a large crowd here but as you can see, they've all left because nurses are not around to attend to them. The doctors and pharmacists are around. Also, the one receiving the card is there but those to call the names for vitals checking and direction to consulting rooms are not here.”

An aged woman, who is a high Blood Pressure (BP) patient, who visited the hospital for medication had to be redirected to a different doctor along with colleague aged persons, who speak only Ewe because the doctor scheduled to see them initially does not speak Ewe and no nurse was in the consulting room for translation.

The nurses declined to speak to the media and attempts to reach the hospital authorities failed as the Medical Director was busily attending to the sick children.