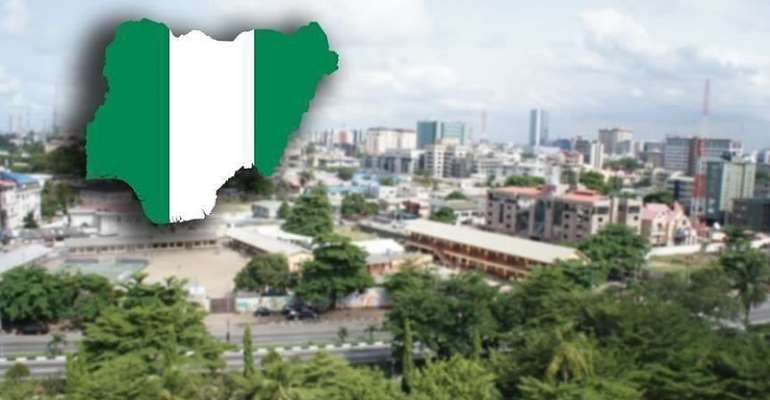 Nigerian rulers are indeed very special. When other leaders and countries are giving out palliatives to their citizens and bailouts to their production and service sectors to cushion the effects of the current pandemic, our rulers (not leaders) are here inventing more harsh policies to perpetually enslave and over-burden us. The government has just increased the pump price of fuel and electricity tariffs. I mean in the midst of this overwhelming struggle by the citizens caused by their poor economic performance and complicated by the Chinese virus crisis. Yes, things were really difficult here even before the pandemic. Today, businesses are rapidly folding up and millions of jobs slipping away. The prices of food and goods have skyrocketed. People are just desperate and hungry. Most Nigerians are stranded and the best our government could do is to inflict more pain on them. But I don’t blame them. Do they and their children pay house rent? Do they buy fuel? Everything they need is provided for them and if they need more they can afford it through what they shamelessly grab and stash away for their next generations. But we hear the increases are for them to be able to finance the budget. So it’s only through taxing the already traumatized citizens to death that this government can finance its operations? Tell me. Which budget? I hear you say budget of the rich by the rich and for the rich. They will pad the budgets, award the contracts to themselves and also pay themselves even if the jobs are not done.

What immediately came to my mind as this confusion was unfolding was what Pharaoh did in the bible. When the Moses went to ask him to release the Israelites, the king got angry and instead of granting the request, he immediate increased their task and suffering, to permanently break their spirit and silence them forever. This is exactly what I see here. If this government wants to get more money they know what to do. They can get it from cutting various excessive salaries, estacodes, allowances, expenses, etc of the elected, selected and appointed officials of the various organs of the government. They can get it from properly taxing the supper rich that own and flaunt their billions of investments and properties without paying any tax. They can come from abolishing the wasteful security votes that have become a gift to our elected officials. What of all the money in different currencies and properties recovered from corrupt past leaders and officials? Where are they? Has it been re-looted as usual? We will come to that later. Why should we not retrieve the national assets, oil wells, companies and corporations that were criminally undervalued and sold to cronies, partners and relations in the name of privatization, etc? We sold everything and yet, we are not getting half of the value for it. Look at the power sector. It is confusion everywhere. The distributor companies treat Nigerians like conquered slaves. They bill you whatever they like and also force you to pay it or have your light removed. It’s like there is no law, no regulations, no supervision anywhere. No consumer protection. I was at the EEDC office at Abakpa-Enugu the other day and the marketers were insulting and harassing the customers that questioned the slavish bills. Those that were paying 7,000 are now paying 16,000 monthly and must not complain otherwise they keep you in darkness. They refuse to read your meter. They force you to be on estimated billing. We don’t have any choice or alternative. Do we? But why can’t we borrow from other countries like China where the state provides the basic amenities and still strongly, adequately supports the private sector. Yes, we can try mixed economy since total capitalism that is working for other people has failed to work here.

Dishonesty is the problem in Nigeria. People don’t practice what they preach. They tell you not to steal but they loot with their biros and by proxy. They talk about democracy but they go ahead and rig the elections and rule you by force. You ask them to catch the thieves they loot back what is recovered from the thieves. Now, the suspended head of the nation’s Anti-corruption agency is currently being probed. He is accused of not accounting for hundreds of houses and billions in different currencies seized from corrupt officials and groups. That is re-looting the loot. And as the probe was going on, the office of the agency keeping the records of such transactions was burgled overnight and the computers containing the information for most of these transactions were carted away. My God! Was that a James Bond film or what? What is the title, please? And you still quarrel with the man that said that we are fantastically corrupt? In fact, I want to add that we are genetically and generously corrupt. We talk against stealing but we loot and re-loot. We preach against importation but everything we and our family use are imported. We mouth patriotism and nationalism but we hate and murder other people every day. We harp on security but we secretly support, fund and arm criminals. Now they are shouting proper elections, one man one vote like I said but watch what will happen in today’s elections. Just watch. They will sure scientifically rig it again and tell you to go to the courts. Even some of the people sermonizing today did the worse. They laid the foundation for this political and economic corruption. Why didn’t they do better when they were there? I have since stopped believing any of them. Yes, we are not just fantastically corrupt but also fantastically, endemically, genetically wicked, crooked and shameless! As I write, I plugged in my phone to charge it and just few minutes the charger stopped working. I can’t count how many chargers I have bought this year. Some will just work for three day or less. And nobody is taking responsibly for choking us with all these fake products, materials, drugs, etc, that have not just drained our pockets but caused thousands of deaths, fire outbreaks, building collapses, accidents, etc. It is indeed suffocating. We just can’t breathe here! And that was political, economic and then enters the religious corruption.

Now, the pastors that should bring consolation to us are also adding to the pain. Pastor David Ibiyeomie committed a spiritual and legal blunder when he cursed and threatened somebody for disagreeing on scriptures with Bishop David Oyedepo, whom he claimed is his father in the Lord. He called him a bastard, deride the Somalians, the broadcasters and boasted of his power and money. O my God! Imagine how I felt as a journalist and a minister. And also imagine how his members, listeners and crew membesr who are journalists will feel. But why should a man of God stand on the pulpit and call people bastards and threaten to kill and deal with them just because they don’t believe what you believe? And the ignorant and gullible congregation was clapping? Enslavement! Please, enough of this rascality in the name preaching and ministry. God is not going to kill anybody because they criticized you. Who are you? Criticism is part of it. They criticized Jesus. So you are now telling us that you are greater than him? What I saw after watching that clip was the spirit of pride, materialism and arrogance and it comes from false feeling of attainment and achievement. Very unfortunate! This gospel was just entrusted into our hands by his grace. We are not by any means the most handsome, most educated or most intelligent. It was not given to us by merit. It is just grace. The greatest achievement and legacy you will leave here is that Christ is manifested and glorified in your life and in what you do. That’s why we were told not to boast of anything. These fathers and sons must go back to God and deal with their pride, boasting, arrogance and excessive materialism. We came with nothing and will definitely go back to him with nothing. Can’t we learn? I expect this pastor to immediately apologise to the offended, to Nigerians and the church for this blunder. He must do it if he is indeed a Christian and a true minister. Now, I want to tell our dear fathers and their sons and grandsons and daughters to calm down. Please, brother Ibiyeomie just calm down. Yes, I am telling you to calm down. Let those who think that they have live as if they have nothing and those who have not believe they have everything in Christ. Now, you have seen how this week’s write-up is. Yes, it is because it is choking here and it is really difficult to breathe. God help us!