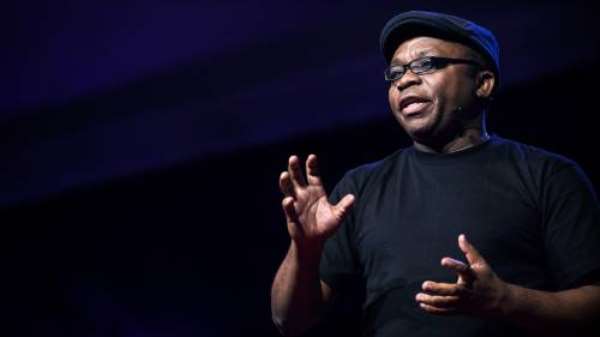 On September 3, 2020, an advocate drew my attention to a video that was circulating online. Titled, A Woman Accused of Using Evil Charms Was Banished from Her Village Ezi Akani Ukpa Afikpo Ebonyi State, the video documents the expulsion of a woman for using charms in her community. Somebody posted the video on the Facebook page of the Palace of Justice. In the video, some mainly young people could be seen driving out an innocent woman from the community. She was carrying a baby, about two years old, and holding a handbag, a sack, a calabash containing the so-called charms. In the video, a commentator says: "The woman that has been affecting the community for some time in Ezi Akani Ukpa. She has been told to leave the community for good". By 'affecting' the commentator meant that the woman had used the charms to kill or harm people in the community.

Young men in their 20s and 30s could be seen videoing and recording with their cellphones and leading the woman out of the community. Then they came to some point, a village square, where women, men, and children gathered to see the alleged charm-woman. One of the youths snatched the calabash from her and showed it to others in the crowd who reacted in shock and outrage. They placed the calabash at the feet of the woman.

Apart from the red candle, a viewer could hardly make sense of other charming objects in the calabash. The mob urged her to destroy those "charm objects" in the calabash. Some people could be heard commanding her, and saying "doowa ya" which in the Igbo language means: "Tear it up". And the woman could be seen tearing up some of the charm items. The commentator later stated that the woman was seen with pins, nails, and a red candle. They asked her to explain what the objects were meant for. Her answers did not satisfy some people in the crowd, and they could be heard saying: "They were all for fancy right?" They implied that she lied about the reason behind her acquisition of the charms

Later the commentator noted that the woman was told to take the calabash with her to the father's house, which is in another village. At this stage, her baby started crying. Then the commentator said: "The charm is too much so she is going to leave the community". At some point, some of the charm items dropped on the ground, and she was told to pick all of them, and not leave any behind. One person in the crowd could be heard saying "Ihe m na amaghi ama na m" meaning whatever I do not know should not know me" or whatever I do not associate with should not be associated with me. The woman was told to take all her charms with the associated ills, and misfortune away from the community and back to her father's house. Her children could be seen crying and their mother was led out of the community. In the end, the video shows the woman leaving the community with her four children. This video highlights the strong link between occult fears and human rights abuses.

It elicited some comments from´viewers. While some persons condemned the abusive treatment, others endorsed it. For instance, someone said: "This is pure wickedness, where is the evidence that she is using it against anyone? So someone cannot do mysticism in peace in Africa anymore? Let them come up with valid evidence". Incidentally, not everyone was interested in evidence as demanded by this commentator. In fact, in response, another person stated: "Don't allow your eyes deceive you, that candle has a lot of pins in it. Those are humans like you that were pinned to the spirit that she offered the candle to. If you must cry, cry for those she must've killed ever since she started this. If village people don do you, u no go come here deh mercy for a wicked woman who must've shattered dreams of many youths and ready to do more. Those villagers deserve an award for not carrying out jungle justice on her". This comment largely captures the mindset of the people in Ezi Akani that exiled the charm-user.

After watching the video I tried to get some more information about the incident. For instance, I wanted to find out what happened to the woman and the children: Where are they at the moment? And if it is possible I wanted to know how the Advocacy for Alleged Witches (AFAW) could intervene. I left a message for the owner of the Palace of Justice page but I did not get any response. The advocate who sent me the post had no further details. AFAW has no contact person in Afikpo. So I searched online for any contact in Ezi Akani Ukpa in Afikpo North. Luckily I got a number and called it. The person graciously picked and told me that he knew about the incident. He went ahead to recount what happened.

According to this local source, this alleged charm user has been having issues with her partner. She was alleged to have battered the man and used 'diabolical means' in her everyday activities. It was alleged that she charmed the man and caused him to divorce his previous wife. This local source told me that on a particular occasion the woman allegedly fought and almost killed the man. The case was reported to the community. Some community members went to her house to intervene and sighted a clay pot or calabash at one corner of the compound. They claimed that the pot contained charms that the woman was using against people in the community. The leaders of the community came and eventually removed the charms. They banished the woman. My local source said that the woman relocated to a neighboring village but they rejected her. She eventually went to her father's house, where she is currently staying.

I asked the local source to link me up to the woman so that I could get her side of the story. He promised to do so. I gathered that Ezi Akani is a predominantly Christian although belief in the potency and efficacy of traditional charms is widespread. People use charms to protect themselves and their property. This local source told me that people could tie a red cloth to a calabash and place it on their farms to stop people from stealing the fruits or crops. In such cases, nobody is worried; the owners of such charms are not attacked or banished as in the case of this woman.

However, when such charms are linked to deaths, accidents, or sickness in the communities or in situations where the bearer confesses to have used it to harm people, members of the community usually sanction and banish such 'evil persons'.

AFAW condemns in very strong terms the banishment of the woman in Ezi Akani Ukpa in Afikpo North for allegedly using charms. The case of this woman illustrates the ravaging impact of superstition based abuses. As noted by those who commented on the post on Facebook, AFAW regards the banishment as an act of cruelty, and a debasement of humanity. It is shocking to know that this form of maltreatment is going on in 21st century Nigeria.There is no evidence that the so-called charms harmed anyone in the Ezi Akani Ukpa community. And nobody has the right to banish another human being.

Belief in the potency of charms is a form of superstition and lacks basis in reason or reality.

Occult fears are rooted in anxieties, misconceptions, and insecurities including the demonization of traditional religious beliefs and practices that pervade in many parts of Christian Nigeria. The fear and belief in charms are in the minds of those who fear and believe. Those who engage in all forms of abuse and human rights violation due to their occult fears and anxieties should be made responsible for their actions. They need to be educated and enlightened. People in Ezi Akani in Afikpo North need to be reoriented and reasoned out of their primitive fears and anxieties.

AFAW will trace this woman who has been scapegoated by people in Ezi Akani and try and support her and her children. AFAW will explore ways of engaging the leaders and youths of Ezi Akani community and help dispel superstitious beliefs and fears that often motivate these abusive treatments. If people do not abandon superstitious notions and magical beliefs and embrace scientific outlook and critical thought, such acts of cruelty and abuse will not stop.