2020 December Polls : Peace is more important than the elections itself 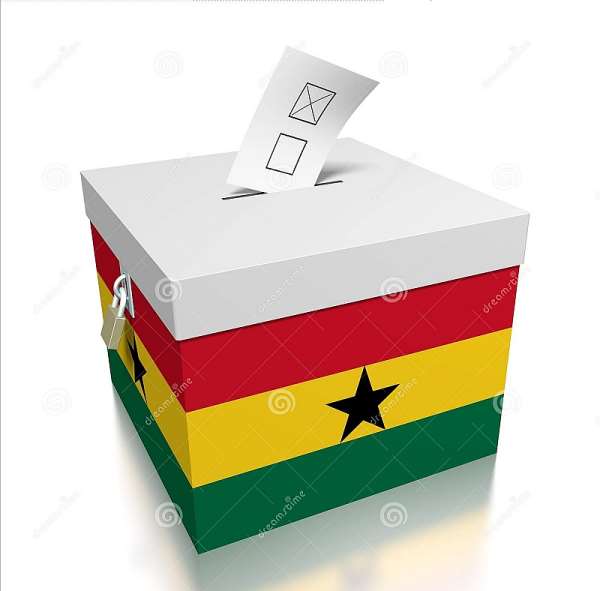 Gradually, we are inching towards 2020 December Polls to elect Members of Parliament (MPs), and a President to steer the affairs of the nation for another term of four years. Now we are almost on course for the elections, and some political parties have launched and unveiled their manifestos, some making promises and others yet to come out with theirs.

However, those promises will have to be anchored in their respective records on the economy, education, health, agriculture, manufacturing, corruption and other important indicators.

As Ghana’s 2020 presidential and parliamentary elections draw near, there is a heightened anxiety. Elections in Africa have often yielded some of the most dreadful conflicts the continent has seen. The prominent examples of electoral violence in Kenya, Burundi, the Ivory Coast among others spring to mind.

I believe that peace in Ghana is paramount, but not automatic, as assumed by many. The onus lies on the major key players like the Electoral Commission,the Security Agencies, the Media, the Political Parties, the Youth and the government to inculcate trust, confidence, commitment and above all patriotism in citizens. We all have a responsibility and a role to play!

Current situations in the country show that the taste buds of political parties want a taste of political power. But they shouldn't undermine the fruitful, successful and peaceful elections track record of mother Ghana. They shouldn't prepare any recipes for disaster all in an attempt to capture power.

In Ghana, the political baton race has been ran by the National Democratic Congress (NDC) and New Patriotic Party (NPP). And clearly, nasty tribal overtures, personal attacks, insults and dirty propaganda have characterised our politics for far too long and debased it, turning the political space into a bear pit where only those with hides as tough as the rhinoceros' dare. Peace must be supreme in this year's elections.

In the first place, the Election Commission (EC) is regarded as the guardian of elections in the country. The singular reason that in every election, it issues a Model Code of Conduct for political parties and candidates to conduct elections in a free and fair manner. As a free thinker who believes that the political parties in Ghana especially the two major ones, the NPP and NDC are formations based on the selfish interests of collected few. To support any of them is to deprive Ghana the oxygen it needs to exist.

The Electoral Commission must be empowered with the resources and logistics for running a smooth electoral process. For us to reap peace in the upcoming polls, the competing groups must have confidence in the EC and respect its mandate to run credible polls. Voter education and awareness must be deeply undertaken to avoid tension and frustration with the processes. Importantly, the government and its development partners who may be the major financial and logistical contributors to the elections must release funds on time to equip the EC with all the necessary logistics for the elections. Verbal promises will not get the work done.

In preparing a sumptuous meal for Ghana's elections, the security Agencies have an ingredient to add. The security forces including the police, military, customs, prisons etc have a huge role to play. The national security is at stake; so those who take the law into their hands and commit criminal offenses must be investigated and brought to book. Justice must not be selective but must be across board. People making inflammatory and security-sensitive statements must be warned to desist or face the full rigours of the law.

Those who go the extent of threatening or taking the lives of others should never be left off the hook. While the majority of people are peace-loving and orderly, a small minority attempt to instigate trouble by rallying some youth to be disruptive and raise tension in the country.

The visible presence of security forces across the country must keep the trouble makers in check to allow a smooth electioneering process to go on when the time is due. There must be coordination among security forces to effectively deal with issues that threaten the security and peace of the state. The forces are national assets and should not be abused by incumbency but used for national progress.

Furthermore, the media must play its role with maximum efficiency and professionalism. The media landscape has experienced tremendous transformation and improvement overtime with the advancement of technology. The print media, radio, television, mobile phones and social media has brought news and information closer to people in record time. In ensuring peaceful elections, the media is seen to be probably the most important tool for fostering peace or breeding chaos in society.

The managers and owners of media houses have the responsibility of encouraging only decent commentary that is informative and educative. Spewing out venomous vitriolic, character assassinations, unsubstantiated allegations, ethnocentrism, misrepresentation of the facts for political advantage must not be encouraged by moderators, talk show host and the media houses.

We can attest to the fact that some journalists and moderators show unprofessional conduct by virtually taking sides with one political group or another thereby irritating and infuriating some viewers, listeners or readers. Media professionals must keep their personal sentiments to themselves especially when they should be seen to be neutral in their commentary.

Patriotism should be at the center of a journalist commentary on issues of national importance. I know there are weaknesses with every system; speak about the problems but do not leave out the values of nationhood. The media is critical to national peace and security and must work hard during elections to calm tension instead of brewing chaos.

Political actors must also be mindful of their utterances against the EC as that could also create enmity between the EC and the electorate thereby creating room for them to discredit the December 7 polls even before it starts. They must engage in campaigns without sacrificing the national interest for their own parochial and selfish gains. They must realize that they're only stewards or managers of the resources of the state.

Another point worth mentioning is that the future of Ghana lies in the hands of its young people. Hence, young people have a major role to play in promoting peace, before, during and after the polls. There is no doubt that unsavoury individuals will make attempts to recruit them to foment violence. Young people must not fall for these tricks. The future of Ghana is bigger than individual ambitions. As young people, we must remember we have a great future ahead of us.

Posterity will never forgive us if we allowed ourselves to be complicit in plunging this country into chaos.

Fellow youth, we have been down this road before. We have had contentious elections in the past, and we have always shown the world that our democracy has come of age. We may have our disagreements but the ultimate interest of Ghana should be our utmost priority. Please do not let politicians and violent extremists use you.

In conclusion, peaceful elections is not dependent on just one group alone working to ensure peace but a multiplicity of bodies, structures and individuals working diligently to ensure a peaceful process before, during and after the elections. However, it will take the action or inaction of just one body, group or individual to disrupt the process.

We must ensure peaceful elections because 'PEACE' is God's idea and forms the basis for national development. Peace secures the future and destinies of nations. Peace builds unity and togetherness. The opposite is true. Disruptive elections destroy lives and properties. Disruptive elections impoverish not just people, but many generations to come. It leads to an uncertain future for the children and the youth. Trained and productive human capital is lost and many more setbacks ensued. The world and his wife must not be agents of destruction in this year's elections.

This column takes a quick start for the month. I wish you a happy new month.