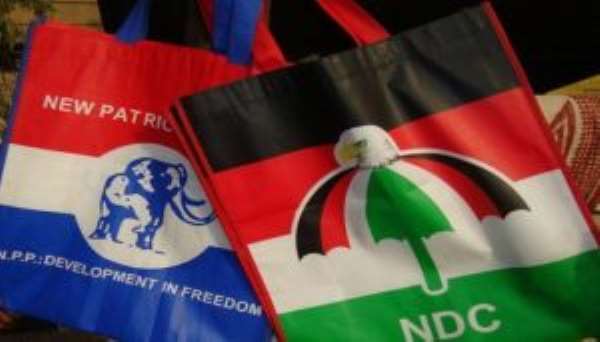 During the 2012 and 2016 general elections, the NPP adopted the battle is the Lord's as a clarion call for Ghanaians, particularly supporters of the NPP to take solace in the fact that despite the enormous power of the NDC in terms of logistics and an overflowing war chest, the Lord will be in control. We believed in the battle cry and went to war without fear and show of 'money power'. The huge billboards displaying the threatening pictures of candidate John Mahama and the showering of huge sums of money to some corruptible chiefs and the media did not deter the NPP from grabbing power in 2016. Mr. Mahama became so surprised that after the declaration of the results, he started growing lean. The NDC as a party did not understand why of all what was put into the elections, the NDC lost so miserably. That led to the formation of the Kwesi Botchwey Committee which never saw the light of day. In fact, it was after the declaration of the results that the NDC realised the battle belonged to the Lord. The Lord of hosts did to Nana Addo what he did to Gideon. May his name continue to be blessed!

The Bible tells us that Satan was one of the holy angels up there in heaven, but he was cast down live among us for rebelling against the Lord. The day the NDC flagbearer, Mr. Mahama, made the unfortunate and devilish statement that the NDC “has a revolutionary background. If it comes to unleashing violence, no one can match the NDC”, I saw in him the devil incarnate. The two revolutions which gave birth to the NDC is nothing but satanic if not barbaric. Ghanaians do not deserve to be reminded of revolutions that saw the murder of three former heads of state and top military officers, three former judges and the caning of naked women in public and the slapping of chiefs and drilling of respected citizens.

But there stood the devil incarnate who is seeking to rule this country again shamelessly, reminding Ghanaians of the mayhem which visited poor Ghanaians. I have had cause to write in this column that behind the charming smiles of John Dramani Mahama is a wicked agenda to subject the people of this country to severe punishment for voting against him during the 2016 general elections. He will unleash unprecedented terror on the good people of this country because in case he is voted to power again, he will not have another opportunity to rule the country again.

Even though Ghanaians have decided to forgive the wrongs done to us through the two revolutions, we will never forget that madness that was unleashed on us. Anyone who, therefore, breaks our hearts by callously reminding us of our sordid past has madness in his stomach and must be treated with contempt.

Every Ghanaian who lived under those criminal revolutions has his own story to tell and they are all not good and happy stories worth narrating to our children. As a young man newly employed at the Pioneer Tobacco Company (PTC) in Takoradi, I had a beautiful girlfriend who was enlisted into the defunct Boarder Guards. The lady was assigned to control a crowd which had queued at a shop at the Takoradi Market Circle to buy what was then called 'essential commodities'. In the course of her difficult duties, three armed soldiers zoomed in and demanded that the poor girl should move away. As she was leaving the place, one of the soldiers who were visibly drunk kicked her down. As she was struggling to stand up, the soldier hit her beautiful face with his boots, thereby, wounding her seriously.

As the poor lady cried for help and some of the people gathered around to go and help her, the soldier came back and thrust his sharp bayonet into the breast of the girl. She died instantly while the soldier walked away—chest out. The following morning, I went to the scene of the murder of my girlfriend to see where she fell and what I saw was a clot of blood in the gutter. That scene is still etched on my memory. That is the more reason why I consider anyone who reminds us of the two revolutions as equally guilty of the murder of poor Ghanaians—and Mr. is no exception.

Takoradi kidnapping conspiracy: We will establish the truth ...
55 minutes ago