Sassywood And Witch Persecution In Liberia 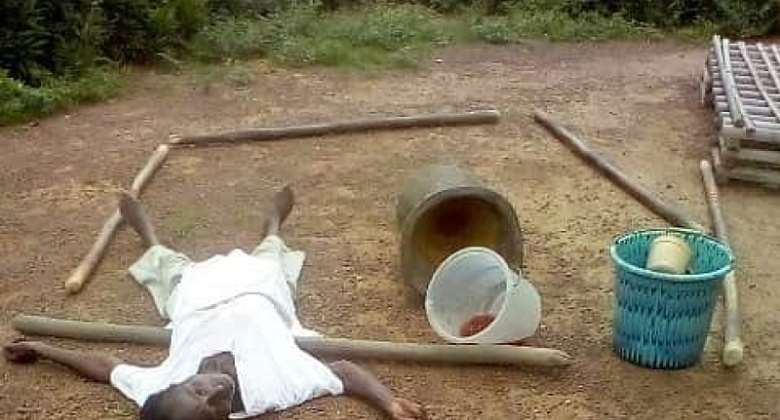 The Advocacy for Alleged Witches (AFAW) is outraged over the tragic death of an alleged witch, Sarah Togbe, in Grand Gedeh County in Liberia. Togbe collapsed and died after taking local concoctions made from the bark of the Erythrophleum suaveolens tree.This form of trial by ordeal is called Sassywood, and is used to identify witches in this West African state. Ms. Togbe has, on several occasions, been accused of witchcraft. On this fateful day, she resorted to self-administering the poisonous-drink to 'clear her name'. Allegations of witchcraft are socially disabling and often lead to severance of family and community ties. In witch believing communities, it is usually a case of once a suspect always a suspect. The stigma does not disappear.

Ms. Togbe took the concoction after the children of a man, Zean Lolee Sayee, accused her of being responsible for the death of their father. Ms. Togbe could no longer bear the shame, taunting, and finger-pointing; she had to take some concoction to confirm her innocence. Unfortunately, the process led to her death. In 2018, a 50-year-old woman, Sennie Dealeyah died after being subjected to Sassywood ritual. Unlike the case of Ms Togbe, a man identified as Dahn administered the drink based on the instruction of the local chief. Some children allegedly accused Dealeyah of initiating them into the witchcraft coven.

The notion that alleged witches, as in the case of Ms. Togbe, voluntarily take this anti-witchcraft concoction is mistaken. Accusations of witchcraft make the accused miserable and unable to live with others in peace and harmony. Accused persons are feared and hated. They are seen as enemies and traitors. Alleged witches are maltreated in ways that leave them with no other option but to try and exonerate themselves. So people pressure alleged witches to prove their innocence.

In 2007, the UN urged Liberia to outlaw Sassywood and other forms of trial by ordeal. In 2008, the Supreme Court of Liberia ruled that Sassywood ritual was illegal and unconstitutional. Whilst in 2009, the government of Liberia banned the Sassywood ritual. The ban was announced after at least two persons accused of witchcraft took the concoction and subsequently died. Unfortunately, as in other parts of Africa, this policy has been difficult to enforce. Efforts to stamp out Sassywood rituals have yielded limited results, especially in rural areas or in city slums and ghettos where there is a limited presence of the police.

The Advocacy for Alleged Witches (AFAW) condemns the practice of Sassywood, the drinking of concoctions, and other witch detecting rituals in Liberia. Witches are imaginary entities.So the idea of a witch detecting concoction is senseless. AFAW urges all suspected witches to resist taking any witchcraft exonerating potion because such drinks are usually poisonous and could cause death or health damage.

AFAW asks the authorities in Liberia to take measures to stop persecution and trial by ordeal of suspected witches and wizards in rural and urban areas. Community leaders who conduct or condone such practices should be sanctioned. Liberian authorities should put in place mechanisms to reason the people out of the misconception that witchcraft provides a plausible explanation for illness and other misfortunes. There is no evidence that Sassywood concoction could determine the guilt or innocence of an alleged witch. There is no link between Sassywood and witchcraft. Liberians should abandon superstition and embrace science and critical thinking.