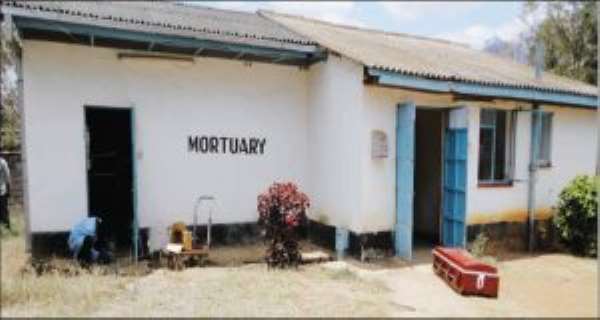 The Management of St. Mathias Catholic Hospital at Yeji in the Bono East Region has suspended non-emergency and mortuary services at their facility after some residents of Kojo Boffour, a neighbouring community allegedly attacked workers of the facility last Friday and removed the remains of a person suspected to have died from COVID-19.

In an interview with Citi News, a management member of the hospital, Rev. Father Kojo Adjei Buadu, called for the arrest and subsequent prosecution of the perpetrators to serve as a deterrent to other members of the community.

He noted, “There was an issue concerning a body that was brought in here. Initially, the person had been brought to the hospital and it was suspected that he had COVID-19 and so a sample of him was taken to Kumasi. The family vehemently disagreed to allow the person to be isolated and so they sent the person home and later on, it happened that he passed on and was brought to the hospital mortuary without the notice of management.”

“Later on, when we found out, we made sure that all the protocols were followed. We actually spoke to the family so that they will allow the COVID protocols to be followed. But they insisted that they wouldn’t agree. All of a sudden, we noticed that on Friday, the youth came to the hospital around 4 pm, beat the security men on duty, broke into the mortuary, and took the body for burial. This has come about not because we want to punish the people, but to bring the perpetrators to book.”

Some MMDCEs will be approved in December because of controve...
21 minutes ago