By Ron Lopez, with AFP bureaus 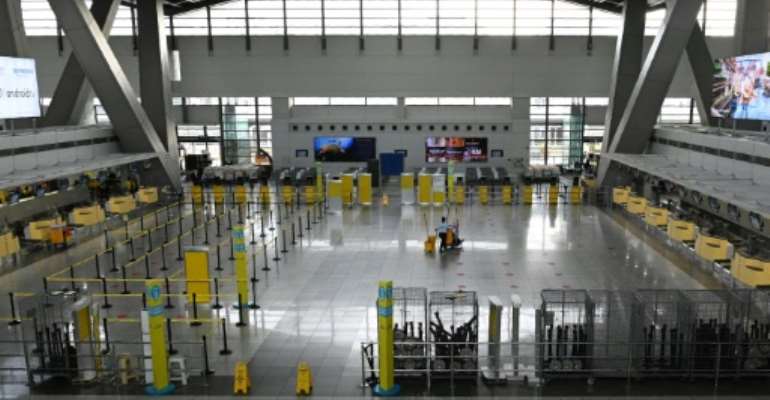 The reimposition of quarantine measures in the Philippines at short notice left many workers stranded. By Ted ALJIBE (AFP)

France and the Netherlands are gearing up for stricter mask-wearing rules to fight the coronavirus as the global death toll from the pandemic neared 700,000.

Paris, Toulouse and other cities announced that the wearing of masks would be compulsory in particularly busy streets and squares. People already have to wear them inside most private businesses and all public buildings.

A scientific committee advising the French government warned that the country could lose control of its spread "at any time."

In the Netherlands, the same mask-wearing measure will be applied in Rotterdam and the famous red-light district of Amsterdam from Wednesday.

And Ireland postponed the reopening of pubs and other nightspots on the advice of scientists, concerned about rising infections.

In other developments, the Philippines placed millions of people back under lockdown. And the hunt for an effective treatment continued with the United States launching trials of an antibody treatment for COVID-19.

Millions of people in the Philippines were ordered to stay home Tuesday in a bid to contain the rising rate of infections, and relieve pressure on overwhelmed hospitals.

More than 27 million people on the main island of Luzon, including the capital Manila, went back into a partial lockdown. 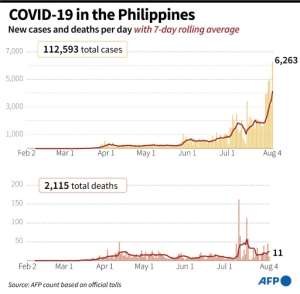 New coronavirus cases and deaths, with 7-day rolling average, in the Philippines. By Gal ROMA (AFP)

People have been told to stay home unless going out to buy essential goods, for exercise or for work, after the number of recorded infections surged past 100,000.

But with only 24 hours' notice of the shutdown, many people were stranded in Manila, unable to get back to their hometowns after public transport and domestic flights were halted.

More than 18 million people worldwide have been infected with the virus since it first emerged in China late last year.

The worst hit country, the United States, had added 1,300 new deaths as of Tuesday evening, bringing its toll to nearly 156,000, according to Johns Hopkins University. The caseload grew by 53,847 to nearly 4.8 million, it said.

Far from slowing down, the latest figures show that the rate of infection is accelerating. 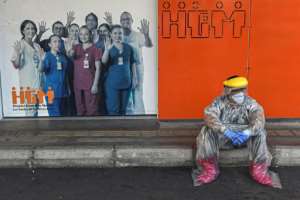 A Colombian health worker takes a break outside Medellin's General Hospital, amid the COVID-19 pandemic. By JOAQUIN SARMIENTO (AFP)

Brazil is driving a surge in Latin America and the Caribbean, where infections passed five million on Monday.

The world's hope of ending the current cycle of outbreaks and lockdowns rests on finding a treatment.

The United States announced Tuesday it had begun late-stage clinical trials into a drug they hope will be an antibody against the coronavirus. 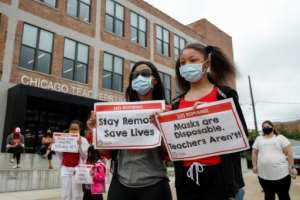 Teachers led the protests across the US, demanding adequate classroom safety measures as schools debate reopening. By KAMIL KRZACZYNSKI (AFP)

The Phase 3 trial will initially enroll some 300 volunteers around the world who have been hospitalized with mild to moderate COVID-19 with fewer than 13 days of symptoms.

On Monday, Russia said it aimed to launch mass production of a vaccine in September and turn out "several million" doses per month by next year.

In response, the World Health Organization on Tuesday urged Russia to follow the established guidelines for producing safe and effective vaccines.

Just a day earlier, the agency's chief Tedros Adhanom Ghebreyesus called on countries to focus on basic suppression measures, such as contact tracing, maintaining physical distance and wearing a mask.

"There's no silver bullet at the moment -- and there might never be," he warned.

"We're seeing indications that our strong mitigation efforts are working very well, actually, especially to protect those who are most at risk," he said during a White House press conference addressing the pandemic.

In a morning tweet, he lashed out at his coronavirus response coordinator Deborah Birx after she warned the virus was "extraordinarily widespread" in the US.

Trump -- angered by what he sees as overly pessimistic media coverage of his much-criticized handling of the epidemic -- accused her of giving in to pressure to sound negative about the new surge.

Despite rising infection numbers in Europe, some countries are pushing ahead with plans to reopen schools and finding ways to keep their battered tourism sectors functioning.

Angry Nadal withdraws from US Open

Fears over the virus led defending champion Rafael Nadal to announce on Tuesday that he will not play the US Open, which is due to start in New York on August 31. 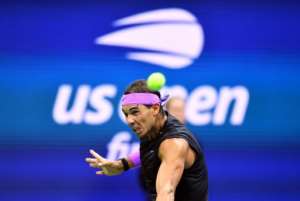 Defending champion Rafael Nadal has withrawn from the US Open over fears of coronavirus. By Johannes EISELE (AFP/File)

"The situation is very complicated worldwide, the COVID-19 cases are increasing, it looks like we still don't have control of it." Nadal said on Twitter.

"This is a decision I never wanted to take... for the time being I rather not travel."